As the year comes to a close, we are thankful for the support and interest we have received in examining the issues surrounding how work is changing and what can be done to help workers and businesses meet the challenges that new technologies and a changing workforce present. During the year, we’ve developed new policy recommendations to address these challenges. We are also excited by the partnerships we have announced with companies and organizations like WeWork, X the Moonshot Factory, and Cornell University’s Industrial and Labor Relations School, and the potential for using these partnerships in 2018 to further advance our understanding of how the economy is changing. If you are interested in what we have found particularly interesting and encouraging this year (from a Future of Work vantage point), you can find highlights below. We hope you are having a happy holiday season and look forward to working with you in the coming year.

The past year saw more evidence that the independent workforce is continuing to grow. According to the 2017 Freelancing in America (FIA) report, there are currently 57.3 million freelancers in America, which represents 36 percent of the employed workforce. This growth is expected to continue – FIA projects that by 2027, more than half of the U.S. workforce will engage in independent work.  This year, federal and state policymakers introduced first-ever portable benefit proposals. At the federal level, Senator Mark Warner introduced bipartisan and bicameral legislation entitled the Portable Benefits for Independent Workers Pilot Program Act. Modeled on an issue brief released by the Future of Work Initiative, the proposal would create a $20 million seed fund at the Department of Labor to encourage innovative state and local portable benefit models. At the state level, portable benefits legislation was introduced in Washington and New Jersey.

In an effort to advance understanding of the independent workforce, the Initiative announced a new partnership with Cornell University’s Industrial and Labor Relations School to create a Gig Economy Data Hub. The online site will serve as a resource to provide researchers, policymakers, and journalists with data and analysis related to the on-demand and independent workforce. In addition, the Initiative announced a national town hall series and research collaboration with WeWork to explore developing trends in the workforce. Finally, the Initiative also launched a joint research project with Carnegie Mellon University’s Heinz College of Public Policy and Management to explore promising portable benefits models.

Increasingly, robots and computers are performing work that we once thought only humans could do. This year, for example, researchers at Stanford developed a deep learning system that is more accurate than expert radiologists in diagnosing pneumonia.  But the iconic example involves the rapid developments in autonomous driving. There are now 42 California companies holding permits to test autonomous vehicles on public roads.  Waymo already is testing autonomous vehicles with human passengers.  At the same time, we have seen the beginning of legislative efforts in these areas.  Senators Gary Peters and John Thune introduced a bill to advance the testing and development of self-driving vehicles. Senator Maria Cantwell introduced a bill that would set up a special advisory committee to study and predict the impact artificial intelligence will have on society. At the local level, San Francisco has cracked down on delivery robots on its sidewalks.

To better understand the impact of automation and technology on our workforce, we’ve partnered with X – the Moonshot Factory – on a workshop to specifically examine autonomous vehicles and drones.  In addition, we’ve launched a research project with Carnegie Mellon University’s Heinz College of Public Policy and Management to examine these same topics.

Investments in the Workforce

As technology continues to transform the American economy, a crucial question remains unanswered – what will be the impact on jobs? A recent McKinsey report found that up to one-third of the American workforce may need to find work in new occupations by 2030 as a result of disruption from automation. At a time when technology is rapidly changing the skills workers will need to find and keep jobs, investments in the workforce are increasingly important.  We have argued for creating opportunities for people to acquire new skills and education throughout their careers, not just in the first twenty years of their lives. To help employers invest in their employees, Sens. Mark Warner, Debbie Stabenow and Bob Casey introduced the Investing in American Workers Act, which is modeled after the Initiative’s Worker Training Tax Credit proposal.

Apprenticeship programs have continued to garner attention as an alternative to the traditional education model, with the Trump Administration creating a Task Force on Apprenticeship Expansion. The private sector also is launching new programs to help workers build skills. For example, Google initiated its Grow with Google program, committing $1 billion over the next five years to nonprofits aimed at helping American workers. Lyft partnered with Guild Education to offer its drivers access to college advising and tuition discounts for classes, certificates and degrees.

The Future of Capitalism

While technology and automation make our economy more dynamic, efficient, and competitive, they also threaten to disrupt the American workforce significantly. To make the economy work for more people, companies should be able to embrace a longer-term view of growth that rewards human capital investment, and better balances such investments and shareholder return.  The Future of Work Initiative published our comprehensive report and bipartisan policy agenda, “Toward a New Capitalism” that recommends 25 policy proposals, including ideas that promote broader worker ownership, greater investment in training, and stronger long-term governance. During the year, we have been encouraged by developments like the Embankment Project for Inclusive Capitalism and the Long-Term Stock Exchange, and look forward to identifying new ways that the public and private sector can partner on ideas that reward long-term value creation. 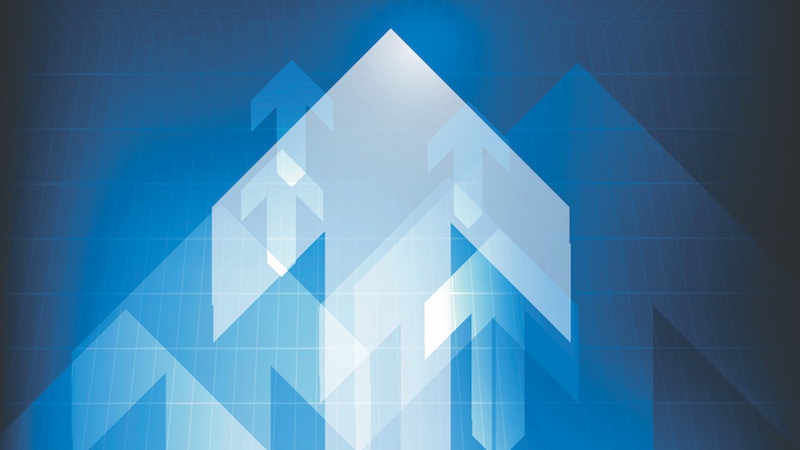 Workforce Development
Toward a New Capitalism: The Promise of Opportunity and the Future of Work