Nick DeMonner is the Chief Executive Officer, and Maggie Henry serves as Director of Marketing for Seneca Systems, a provider of purpose-built software for government workers founded to strengthen the vital bond between the government and its people.  The company recently publicly launched its flagship Constituent Services Platform, Romulus, which allows government workers to get more work done by centralizing constituent communications and service requests into a single, seamless workflow. Maggie Henry:  Civic engagement is when the constituents see work delivered to them that directly results from the interactions that they had.

Nick DeMonner:  We think about it as the way well-intentioned people outside of government describe the problem, using it to try to affect change inside of local, municipal-level government.  One of our hypotheses at this company is that “civic engagement” as a concept currently ends at the boundary between the constituent and the government worker, without including the work government workers do after.  Problems are happening on the inside of that boundary that people outside can’t see. That leads to cynicism, which in turn leads to a lack of engagement, because they don’t see that what they did had any real effect—even though a ton of work has happened.  If we can shine a light on the processes that happen after new policies get enacted, that will lead us to understand and deliver better tools and processes.

JB:  Where is civic engagement most difficult and how do you deal with that?

ND:  If you think about the various ways that engagement can occur in a community, the most difficult part of it is the heterogeneous nature of it.  That becomes an overwhelming tide that just puts all of the local government workers under water.  Somebody in government will come out of the water for a moment to say, “Hey, we saw this thing and we’re going to start working on it,” and then sink back beneath their suffocating workflow.  Then residents reply, “We don’t know what’s happening.”

MH:  As somebody that’s worked in local government, I definitely can attest to the fact that even keeping your bases covered across different platforms is pretty much a long shot, even if you’re working hard.  It doesn’t really result in people feeling like they’re engaged.  They just feel like they’ve given feedback and it’s been taken in, but they’re probably not expecting to engage on that further.

ND:  Nothing is worse than feeling like you put all this work into organizing, you engaged on something that’s particularly near and dear to your heart, in a city that you love, and never hearing anything back, or feeling like you just got paid lip service at a public meeting, or something like that.  And hardworking government workers don’t want that—they do so much, but still end up with constituents feeling unheard.

ND:  The one that most stood out to us is both amusing, but also indicative of real problems that small communities face.  We have a customer in a city that has a huge problem with peacocks.  Basically they have peacocks running loose, and damaging people’s roofs and damaging lawns, and when they start nesting, they can attack people and things like that.  Half the population enjoys the peacocks and the other half despises the peacocks.

We realized that there was no good communication happening, either between the two groups, or the city itself, except that everybody just complained about it.

There was no lack of engagement, yet, there was no solution that could be found that would even remotely satisfy all parties.  It’s amusing, but it also gives a serious look at the difficulty cities have in engaging with organizations on polar opposites of a given issue.  When you tackle these really socially complex issues, such as homeless encampments in San Francisco, the emotional content is so strong.  Most people have difficulty separating their emotions from what’s actually happening, and talking about it on that merit.

I always like to use the peacock story as an example of communication breakdown in communities that isn’t devastating to peoples’ lives, which gives us an opportunity to look at solutions that will bridge that communication problem that’s occurring at the core of it, at that boundary again.

A lot of the arguments around emotional issues boil down to, “I like this and I don’t like that.”  Many constituents are not making arguments that the city can act on.

Nothing is worse than feeling like you put all this work into organizing, you engaged on something that’s particularly near and dear to your heart, in a city that you love, and never hearing anything back, or feeling like you just got paid lip service at a public meeting, or something like that. And hardworking government workers don’t want that—they do so much, but still end up with constituents feeling unheard.

MH:  Constituent services need to lead to some type of reporting that the government can then use to reflect on engagement and services delivered, and then improve the next cycle of engagement.  It’s a wheel that’s constantly spinning and different people are involved in different parts of it at different times, on different issues.

ND:  When engagement occurred, did service get delivered to reflect that engagement properly?  In other words, on both sides of the boundary that we talked about, did parties feel as though something happened?  We’ve seen so many constituents write back to our customers about how great the service has been, even when the city basically said, “We’re not going to be able to do that.”  The constituent writes back and says, “I never expected a person to respond.  Thank you for considering it, and let me know if anything changes.”

JB:  Is there anything that the questions didn’t elicit, that you think readers of this series, or of this particular post, should know?

ND:  For me, the number one thing is that civic engagement, just due to the way the phrase is worded, points so much towards the constituent side, to the resident/citizen side.  That is an incredibly important half of the problem, but it is only half of the entire space.  The other side is filled with extraordinary individuals doing incredible work in their communities for almost no credit.

I would love if, when talking about civic engagement, people recognized the effort and impact that cities are making.  I think communities would be so surprised at the results if they treated the people on the other side like they were trying their hardest to do a good job.  It would be amazing if residents met the people who are actually out on the streets implementing policy.

MH:  I think the existing conversation on civic engagement focuses so heavily on exchanges between the academic community, the constituent community, the advocate community.  I think government organizations and government workers are almost not party to the conversation.  They want more engagement, and feel it’s good for them.  These are not people who are trying to look away from the problem because they don’t even want to know it exists.

Civic engagement, just due to the way the phrase is worded, points so much towards the constituent side, to the resident/citizen side. That is an incredibly important half of the problem, but it is only half of the entire space. The other side is filled with extraordinary individuals doing incredible work in their communities for almost no credit.

Lastly, we have a phrase here at Seneca, that people get one point for calling out the problem and nine points for bringing a solution to it.  If people took that to heart too, in the civic engagement movement, when they brought problems to the city, they would also bring reasonable solutions.  The other side would be able to say, “We have some problems with that, but it looks fairly reasonable, sure.”  I think that would go a long way.

This blog series is supported by the Citi Foundation, a vital early supporter of the Center for Urban Innovation at the Aspen Institute. With the Citi Foundation’s help, the Center convened leading-edge practitioners to develop a shared set of principles to guide a cross-sector approach to inclusive innovation in low- and middle-income neighborhoods, and to determine how the Aspen Institute could support this practice. 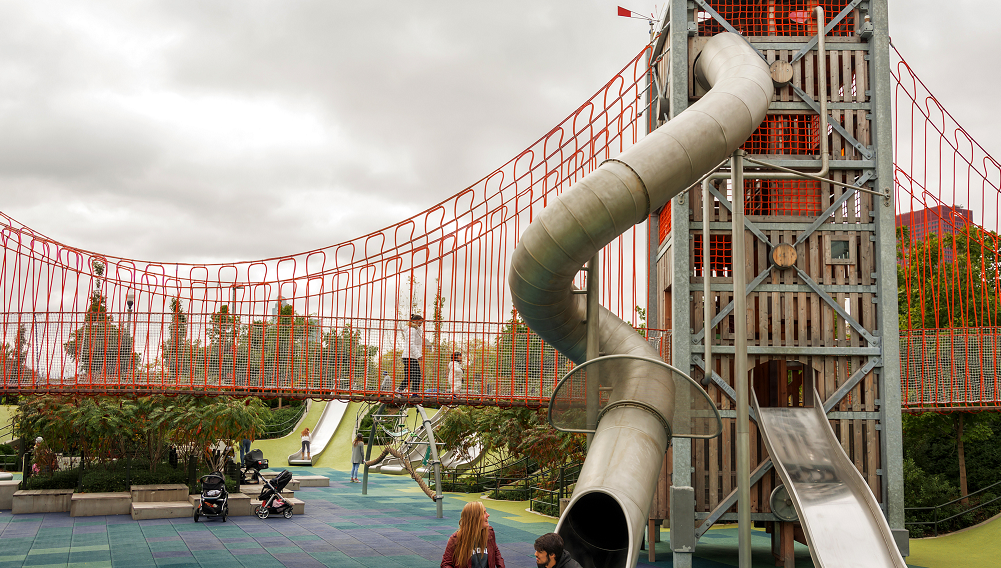 Urban Innovation
‘Is Your Civic Engagement Process Designed To Increase and Maintain Participation, or Are You Also Able To Provide Some Access to Power?’