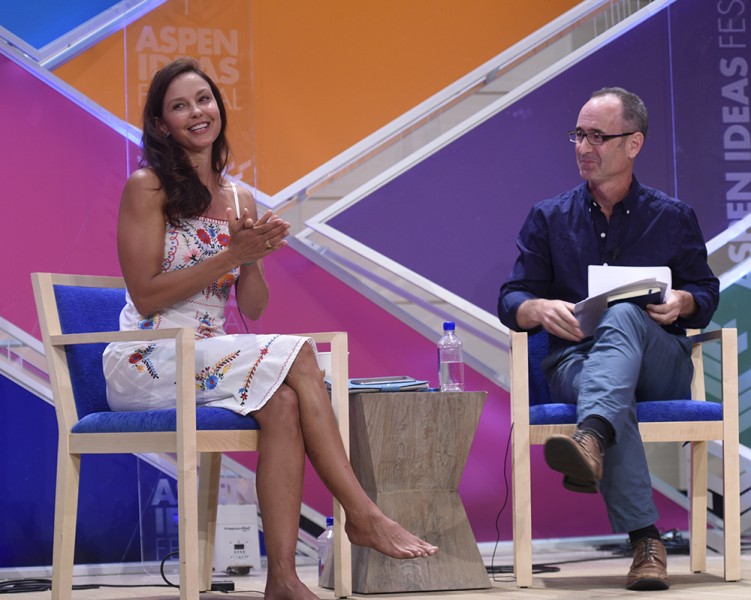 It was pouring rain as my feet sank in the soppy clay on a dark road. A narrow and cracked sidewalk was lined with makeshift blue tents made from rice sacks where the poorest and most desperate women of Madagascar would lie down again and again with men who believe it is okay to exploit them for sexual acts, for as a little as 15 cents a trick. A man held his infant child as he oversaw his wife, who was at that moment in this street brothel being degraded.

We know that globally, one in three women will be coerced into sex, beaten, or otherwise abused in her lifetime. In most cases, the perpetrator is someone she knows, such as her husband, boyfriend, or mother-in-law. 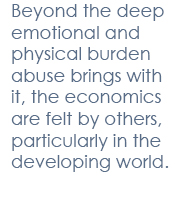 We also know that girls and women who experience gender-based violence often lack the power to refuse unwanted sex or negotiate safer sex. They’re more likely to contract HIV and other sexually transmitted infections, as well as experience unintended pregnancies. In fact, one in four women will experience violence during her pregnancy, which can lead to miscarriage, pre-term labor, and low birth weight.

And these are just the physical ramifications. The mental health issues coming from the trauma of physical abuse can include anxiety, depression, and self-defeating coping strategies such as self harm, alcohol and drug dependency. Girls and women who have experienced rage directed at their bodies can also then direct physical harm at those around them, even the children they love.

And what if the survivor is a child herself? Beyond the deep emotional and physical burden abuse brings with it, the economics are felt by others, entire societies, in fact, particularly in the developing world.

A healthy girl can go to school. According to the World Bank, a healthy, educated girl will reinvest 90 percent of her future income in her family compared to only 35 percent for a boy. Each additional year of school can grow a woman’s earnings by 10 to 20 percent, while increasing the number of women with secondary education by 1 percent can increase the annual per capita economic growth of a country by 0.3 percent. When gender-based violence keeps a girl from school, it’s not just her life that is constrained; it’s her country’s, too.

While these issues are deeply felt in the neighborhoods, slums, and brothels of the poor in the developing world, we know those are hardly the only places girls and women are experiencing the consequences of gender-based violence.

What Can We Do?

In both the developed and developing world, violence against women is nearly always kept a secret by the survivor. Because a woman already talks about the most intimate things with her health care provider, that person is in a unique position to listen for and observe clues and ask the questions necessary to learn more about the bumps and bruises, or behaviors, that others might not see.

In countries like Madagascar, Population Services International (PSI) offers integrated health care facilities, where a mother who brings her child to a health center for a slight fever may get her treated, and can also learn of her family planning options. Increasingly, she’s also being screened for gender-based violence by trained sexual and reproductive health care providers. If there is a need, she’s put in touch with counselors or legal advisors and given medical support. This one-stop-shop approach can catch the girls and women who otherwise might fall through the cracks. The investment up front in a constellation of services for girls and women yields social and economic outcomes in great excess of the return for providing only a few services (UNFPA, Add It Up).

Laxmi Agarwal has experienced “the up with which she will not put,” gender-based violence in India. At 15, she took the audacious step of refusing to marry a man twice her age from her New Delhi neighborhood. As revenge, the man, with the help of his friend, threw a glass of acid in her face at a crowded upscale market in the capital city. Ten years and eight surgeries later, she has launched the Stop Acid Attacks campaign with the aim of ending the cycle of violence against women in India. Laxmi recently joined PSI and its partner NGO Indrani’s Light Foundation at the launch of Wajood, a project that spreads messages about prevention and support services available for survivors of gender-based violence in India.

Programs like these use mass media, interpersonal communication, advocacy, and community activities to reorganize abusive gender norms and promote non-violence so that everyone is safer, with increased dignity, physical, and emotional wellness. And because prevention can take difficult societal changes, PSI works with NGOs, local governments, community leaders, as well as health providers, to coordinate efforts to change attitudes and behaviors.

Violence against girls and women has grave consequences for the survivor, her children if she has them, and those who love her. There is also a cascade effect into her neighborhood, her town, and her country. Each new case of HIV or other STIs, unintended pregnancy, and unsafe abortion — as well as lower income and fewer assets from decreased productivity — penalizes every single system in which she lives.

If while we advocate for behavior change on a broader level we can make our doctors offices and health care clinics safe places to care for and support survivors of gender-based violence, we provide a crucial portal to dignity for girls and women, and create healthier outcomes for entire populations.