Reynold Levy will make you four promises — if you become a major donor to the Lincoln Center of the Performing Arts. The outgoing president of the Lincoln Center guarantees better nights’ sleep, a longer life, an unobstructed pathway to heaven, and aisle seats, all of which he promised during a recent Aspen Leadership Series event: Conversations with Great Leaders in Memory of Preston Robert Tisch.

His sense of humor just may have something to do with his success. “The world is divided into two parts — those who really enjoy asking [for donations] and those who don’t enjoy asking, so they have to give,” he said. Levy, himself, is in the former category writ large, overseeing the campaign to raise the $1.2 billion it took to transform the Lincoln Center’s campus.

At the Roosevelt House on the campus of Hunter College in Manhattan, The New Yorker‘s Ken Auletta interviewed Levy (pictured below), who has 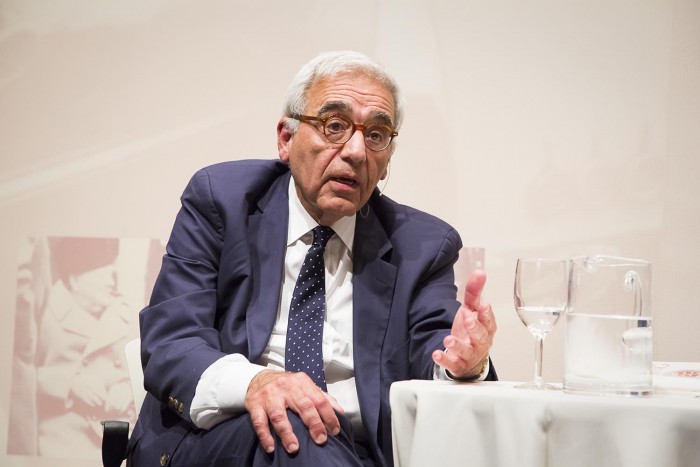 The combination enabled the president to gain respect from the 13 organizations that comprise the Lincoln Center.  “I think it’s extremely important for leaders to depersonalize differences of view and try to get at the heart of what the interests are that leaders are reflecting,” he explained.

Auletta (pictured below) questioned Levy on both the future of New York and the future of the Lincoln Center, as Levy is stepping down at the end of 2013. Auletta asked if arts are on the outs? Levy certainly doesn’t think so and plans to continue to help the Lincoln Center make great strides toward generating a larger audience. To help increase its numbers, Levy wants to turn to digital media. He pointed to professional sports and the progress that industry has made in recent years by making sporting events available online. The Lincoln Center wants to make its performances available in libraries, movie theaters 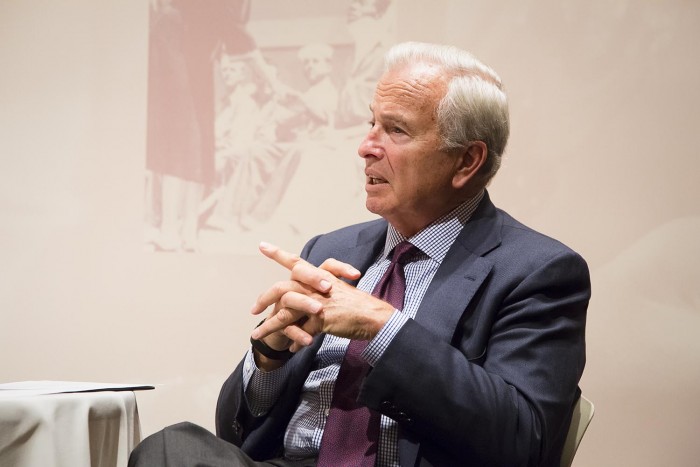 and outdoor spaces, as well as on the internet and mobile devices.

When Auletta asked Levy what he disliked about his job the only response was a chuckle. Finally, he admitted to looking forward to being able to travel and read more. He also hopes to finish his memoir, which should be available next summer.