Ada Colau is the mayor of Barcelona. A self-proclaimed “municipalist,” she criticized threats from both Spanish nationalists and Catalonian independence seekers at CityLab Paris. She says city leaders are distinctly positioned to find compromise.

Since dramatic police violence broke out at the start of October over a referendum to Catalonian independence, both Spain’s national and Catalonia’s autonomous regional governments have been teetering on the edge of radical action.

Spain has threatened to temporarily strip the Catalonian government of its powers under a never-before-used provision of the country’s constitution, Article 155. Catalonia has stood on the edge of declaring independence, after an overwhelming vote in favor that was deemed illegal by the terms of Spain’s constitution. A police crackdown at polling stations escalated the crisis only further.

The region’s largest city, Barcelona, has occupied a precarious position in the middle of it all. And on Sunday in Paris, its Mayor Ada Colau urged that threats from all sides be taken off the table.

Colau believes city-states rather than nation states are the future of government.

Speaking to Spanish media at the CityLab 2017 conference, Colau said drastic action on either side would warp the potential for the democratic process to work again in any elections that followed a removal of Catalan autonomy by central government:

“Of course sooner or later we need to have elections, to change the cycle, but to get there we need to have them along with a return to institutional normality. That means not being under the threat of an intervention using Article 155 –  but also being without a unilateral declaration of independence.”

As a self-proclaimed “municipalist,” Colau believes city-states rather than nation states are the future of government. She has recently opposed Catalan independence, after previous ambivalent views, and she is trying to steer a third course for Barcelona, a city where both pro- and anti-independence voters are large in number.

Colau faces a potential microcosm of national tensions even within her own administration. Her political grouping, called Barcelona en Comú, governs Barcelona in coalition with (among others) the Catalan Socialist Party, which is in favor of temporarily removing Catalonia’s powers under article 155.

But Colau believes municipal representatives are better capable of brokering compromise and engaging in dialogue:

“I think it is common among mayors, who are much closer to daily life and thus more pragmatic, that they are used to negotiating day-to-day with a lot of actors in the city. This is of dialogue is more normal.”

As for national leaders, they need to stop grandstanding and start talking:

“We all know, when there is real will to forge an agreement, you make a phone call. With discretion, without cameras, you agree on a way to build a political way out of what, I insist, is a political conflict. What matters is that there’s a real will for dialogue. For that, the first thing you need to do is grab the phone.”

Threats on both sides, she says, “will only complicate the situation, and never solve it.”

This article originally appeared at CityLab with translation by Juan Pablo Garnham. 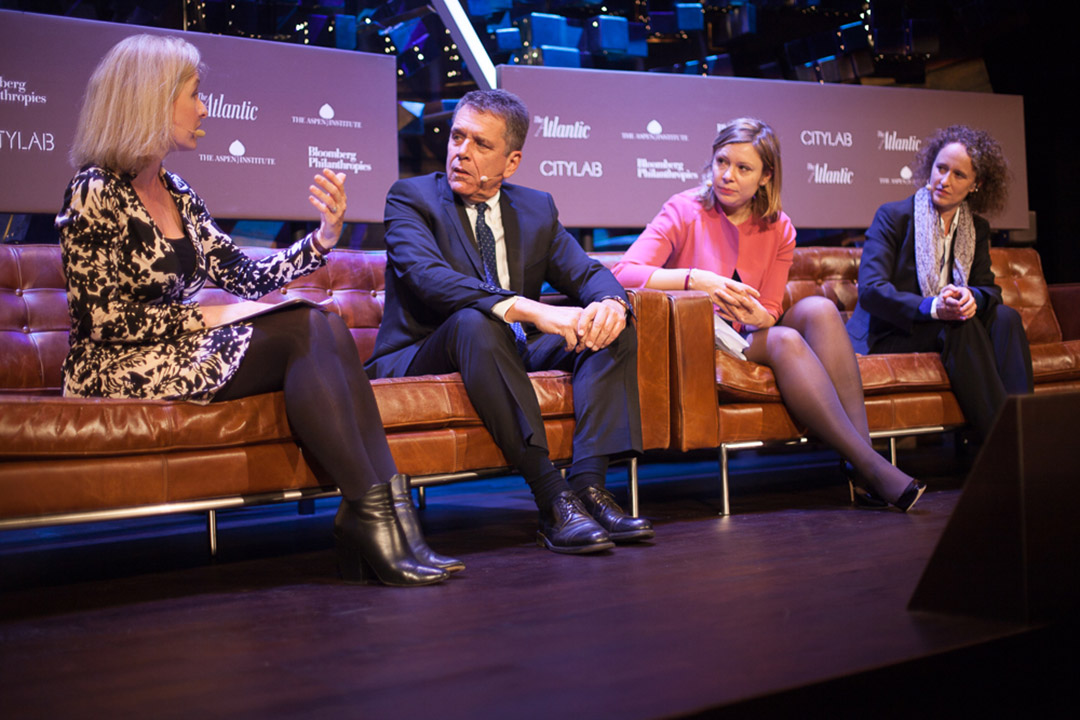