The Aspen Institute is a place of ideas. And what better place to find those ideas than in the pages of a good book? In December, our policy directors are sharing the books which had the largest impact on them in 2016. Read their recommendations below. As we struggle to make sense of the political and social currents of our time, I have taken refuge in the writings of Reinhold Niebuhr, the famous mid-20th-century Protestant theologian and social critic, who through his many writings pragmatically explored the relevance of eschatological as well as political faith in a period of frustration and disappointment.

I have found his book The Irony of American History, written in 1952, to be especially relevant in this regard. The book examines the dilemma of American democratic society, especially in terms of foreign policy. Niebuhr examines and elucidates the myths and delusions that fortify our American view of statecraft, while warning of our American “dreams of managing history.” The contradiction inherent in our Founders’ spiritual aspirations — Puritanism on the one hand and Jeffersonian Deism on the other hand – makes irony “the definitive category for the interpretation of American history,” according to Niebuhr.

In this book Niebuhr understands and articulates as few can the complexities of human nature and history. He helps us to appreciate that each development in history that presents the possibility for the realization of good also brings corresponding vulnerabilities. History is “not its own redeemer.” It is filled both with contradictions and ambiguities.

Dr. Faustus: The Life of the German Composer Adrian Leverkuhn As Told by a Friend, by Thomas Mann

An extraordinary novel which charts a composer’s quest for artistic excellence against the backdrop of interwar German culture. What are the bargains we are willing to strike for beauty? What aesthetic and moral consideration might lead otherwise cultured elites to side with National Socialism? Published in 1947, Mann began the novel during the Second World War—a diagnosis of and requiem for the best of German culture sowing the seeds of its own destruction. Now a more timely read than ever for those who want to understand the intersection of politics, culture, and aesthetics.

The Fish Can Sing, by Halldór Laxness

Arguably Iceland’s most significant 20th century writer, Laxness captures the transition from pre-modern to modern community in and around Reykjavik at the turn of the 20th century. The novel is an extended meditation on artistic fame and the ways in which the quest for glory undermines the texture of human relationships—the intimacy we share with others and the integrity we have within ourselves. Ironically, Laxness was at work on the novel when he was awarded the Nobel Prize for Literature in 1955.

The Need for Roots, by Simone Weil

This book is an outline of Weil’s plans for the rebuilding of community in post-WWII France and, as such, ranges from philosophy and theology to economic policy and agricultural reform. There are moments of intense social engineering that will make many contemporary readers uncomfortable, but the scope of her vision of the building blocks of a good society is breathtaking. Weil understands both communal values and individual autonomy as basic needs—the roots she speaks of are moral as well as physical. As with so much of Weil’s work, The Need for Roots is a mirror that startles us with the contrasting image it provides to our contemporary rootlessness.

Colorless Tsukuru Tazaki and His Years of Pilgrimage, by Haruki Murakami

This story of five Japanese high school friends is Murakami at his best. The narrative wrestles with the puzzles of memory and identity, as well as the joys and fragility of friendship. How do places, times, words, and silences intersect to form our self-conception and the conceptions (or misconceptions) we have of others? Ultimately, the novel is the story of love and healing, and the need for healing before the fullness of love can be embraced. 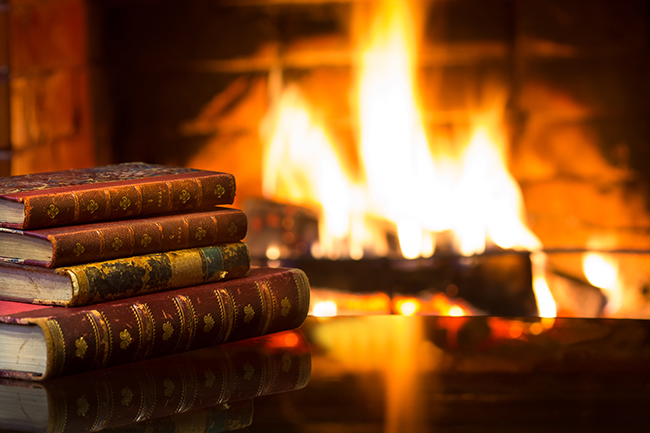 Literature
The Best Books We Read in 2016