What a beautiful answer to the bad guys. Meb Keflezigh, an American who came to the US from Eritrea at age 12, crossed the finish line first, the first American to win the Boston Marathon in 30 years, and the second fastest time ever in the race from Hopkinton in the suburbs to Boylston Street in downtown Boston. Thousands cheered at the finish line, and millions more cheered from across the globe for what the run represents — the pursuit of excellence, good health, and the fellowship of runners. 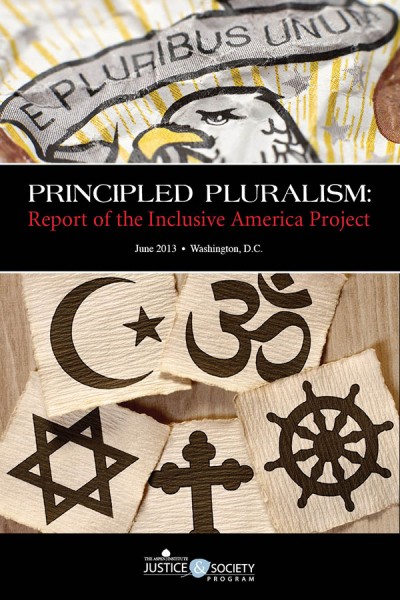 For me, Boston is the “mother run.” The first time I laced up running shoes was to run the banks of the Charles River at age 19, and I’ve been running for nearly 40 years since then. I am no marathoner; but I have run in cities across the world, and everywhere I go, as a little American woman with bad form but a lot of drive, I share the camaraderie of the run with enthusiasts old and young. I would like to think that their heart lifted, as mine did, when Meb crossed the finish line.

Like the Tsarnaev brothers who wreaked mayhem at the finish line of last year’s marathon, Meb came here as a boy from a strife-torn nation. But Meb learned the lesson that we hope all of those Americans who started life somewhere else learn — that this is a unique nation, inclusive and pluralistic, where every person is accorded rights and can achieve a full measure of dignity.

At the Aspen Institute Justice and Society Program, we’ve spent the last couple of years considering the challenge of engaging our diversity for the common good through our Inclusive America Project. Last year, our distinguished panel — led by former US Secretary of State and Institute Trustee Madeleine Albright and Harvard Kennedy School director of the Center for Public Leadership and Institute Trustee David Gergen — met to finalize its report “Principled Pluralism” (pictured right) just after the bombing at the finish line on Boylston Street. The religious and civic leaders on the panel, like many people around the nation that week, were pessimistic about what the expected backlash would mean for interfaith and intergroup understanding. But thanks to the resilience of the people of Boston, a measured media reaction, and the combined optimism and resolve of the American people, those fears were not realized.

The Inclusive America Project is now in its second phase, preparing case studies of how the Boys and Girls Clubs of America and the Y of the USA, two of the nation’s largest youth service organizations, can understand and engage American diversity. Not many people can run like Meb, but our youth can all learn to reach for one another as fellow citizens and friends, and resist the evil that we hope has now been purged from the city of Boston on a sunny Patriot’s Day.

Meryl Chertoff is director of The Aspen Institute Justice and Society Program.