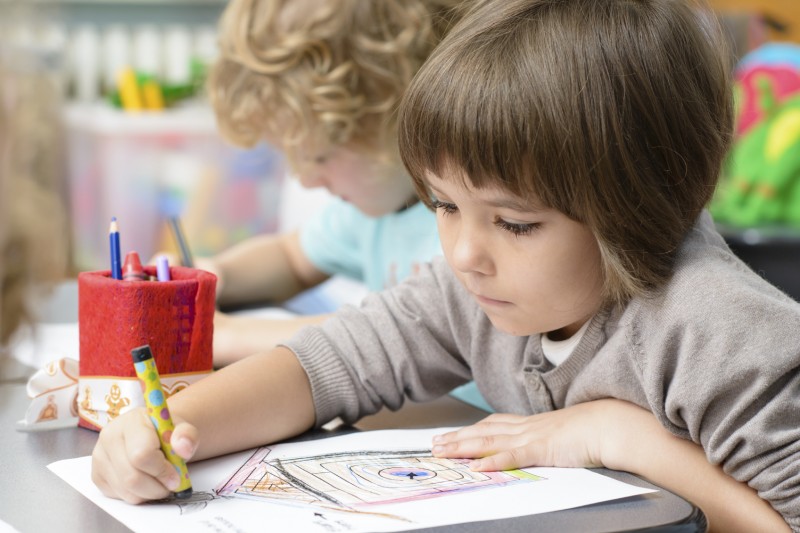 Jackie Bezos is president of the Bezos Family Foundation. The Foundation has partnered with Ascend at the Aspen Institute to further two-generation approaches for children and their parents.

When my husband Mike and I started the Bezos Family Foundation in 2000, we did so with a bold set of beliefs: the loss of potential plus the loss of opportunity equals a “lost generation.” We believe education — particularly early childhood education — is a silver bullet, one that ensures the potential of children and their parents is tapped so that a legacy of opportunity can pass from one generation to the next.

Over the last 14 years, we have transformed those principles into a vision. We want to see the United States become an “Early Learning Nation.” What does that nation look like? A country in which all children, from birth onwards, have the chance to engage in healthy learning environments. A country in which neuroscience research is embraced and used to inform early learning policies and empower primary caregivers with the tools they need to help children succeed. A country in which parents who may be struggling economically can pursue their own education and job opportunities, knowing their children are safe and thriving.

The Bezos Family Foundation supports rigorous, inspired learning environments for young people, from birth through high school, to put their education into action (our three children and their spouses serve as directors of the Foundation). Among others, we have partnered with Acelero Learning, a Head Start company co-founded by Ascend Fellow Henry Wilde, on their growth and impact strategy, including piloting new innovations at its centers, offering training and technical assistance, and implementing a robust affiliate network. And we have enjoyed a close and productive relationship with the Aspen Institute as the founding partner of the Bezos Scholars Program, which promotes youth leadership development and global connectedness.

You can see the connections between the Aspen Institute and the Bezos team already — and when we decided to join Ascend at the Aspen Institute as a philanthropic partner this summer, it was with a shared vision for what is possible when people burst out of their silos and start collaborating. The two-generation approach — solutions that provide opportunities for and meet the needs of children and their parents together — just makes good sense to us. We also know that solid evidence and effective practices are critical to create lasting policy change. The Ascend Fellows and Ascend Network Partners are pioneers, a carefully selected mix of experts who have made the well-being of vulnerable families their life’s work. As I told a group of them in May, “You are my peeps, and I’m so glad we get to hang out together.”

This summer was a busy one at Bezos: we also launched Vroom, which was born out of a need for creative tools and materials that inspire families to turn everyday moments into brain-building moments. It was developed with thoughtful input from parents, early childhood experts, neuroscientists, parents, and community leaders.

From the products on kitchen counters to those on changing tables, everyday items are at the center of many parent-child interactions — and can inspire powerful brain-building moments. We are in the process of developing partnerships with some of the nation’s most trusted brands to give families additional ways to access Vroom science. And we’ve launched our first place-based pilot in Southwest King County, Washington, outside of Seattle.

Regardless of background or socioeconomic status, all parents want to be good parents, and we believe it is within every parent’s capacity to support his or her child’s development through low-cost, everyday engagement and activities. Ascend shares that conviction. We are delighted to be part of the growing field of leaders who believe that when we harness the child and parent’s full potential, we put the entire family on a path to educational success and permanent economic security.