Growing up in a working class town in England, Richard Reeves became aware of class markers at an early age. Fearful that her son would adopt the local dialect, Reeves’ mother threatened him with elocution lessons. While she could not change his birthplace, she could change his accent. When he moved to the United States, Reeves brought these experiences with him. This unique perspective allowed him to pull back the curtains and expose America’s own class divisions.

In his new book, Dream Hoarders, Reeves explains how the gap between the upper middle class and everyone else is widening and why this has grave consequences for both our economy and society. He joined the Aspen Institute for a conversation with Maureen Conway, executive director of the Economic Opportunities Program. This event was part of the program’s Working in America series.

To change social norms we must challenge this idea that we live in a meritocracy.

Although many regard American society as a meritocracy, Reeves argues that the class system in the US operates “just as efficiently and even more ruthlessly” than the one in the UK. The American dream of intergenerational mobility is less accessible to those in the bottom 80 percent of society. While much of the blame for our class divisions has been cast at the top 1 percent of earners, Reeves explains that the upper middle class has also played a role.

The fracturing of US society along class lines has been exacerbated by what Reeves sums up as “wages and wives.” Wages refer to the increase in the earnings distribution for those who are college-educated. In combination with the expansion of women’s education and earnings, this has led to a multitude of dual-income households within the upper middle class. These adults are more adept at passing on their socioeconomic status to their children. However, they are also aided by the way the US education system is funded and organized.

The health care system in the US has also aggravated these divisions. Reeves described healthcare as both a symptom and cause of class inequalities. “In a society where money gains you access to health care and education, the costs of having less money are higher,” he said.

As Reeves notes in his book, when discussing economic mobility you cannot avoid the subject of race. The upper middle class is still overwhelmingly white. While there has been an increase in Asian members of the upper middle class in the last 40 years, Blacks and Latinos have found themselves unable to close the gap. Reeves encouraged us to have a longer conversation about why this is taking place.

Some of the solutions to class divisions that Reeves presented included home visiting programs that teach new parents about child development, nutrition, and literacy. He also vouched for access to effective and safe contraception as the economic implications of unintended pregnancies and births can be devastating. Yet it is a shift in perspective among the upper middle class that could be the most crucial piece of this puzzle.

“Part of the challenge to change social norms is to challenge this idea that we live in a meritocracy,” Reeves said. Whether they want to admit it or not, the upper middle class “hoards” the American dream by leveraging their current economic position. Who they know, the way they vote, and the policies they support can deny other Americans from opportunities to move up the socioeconomic ladder. But, Reeves said, this can change. By acknowledging the harm we do, taking action to reduce it, and promoting broader opportunities for all individuals, together we can create a more equitable society. 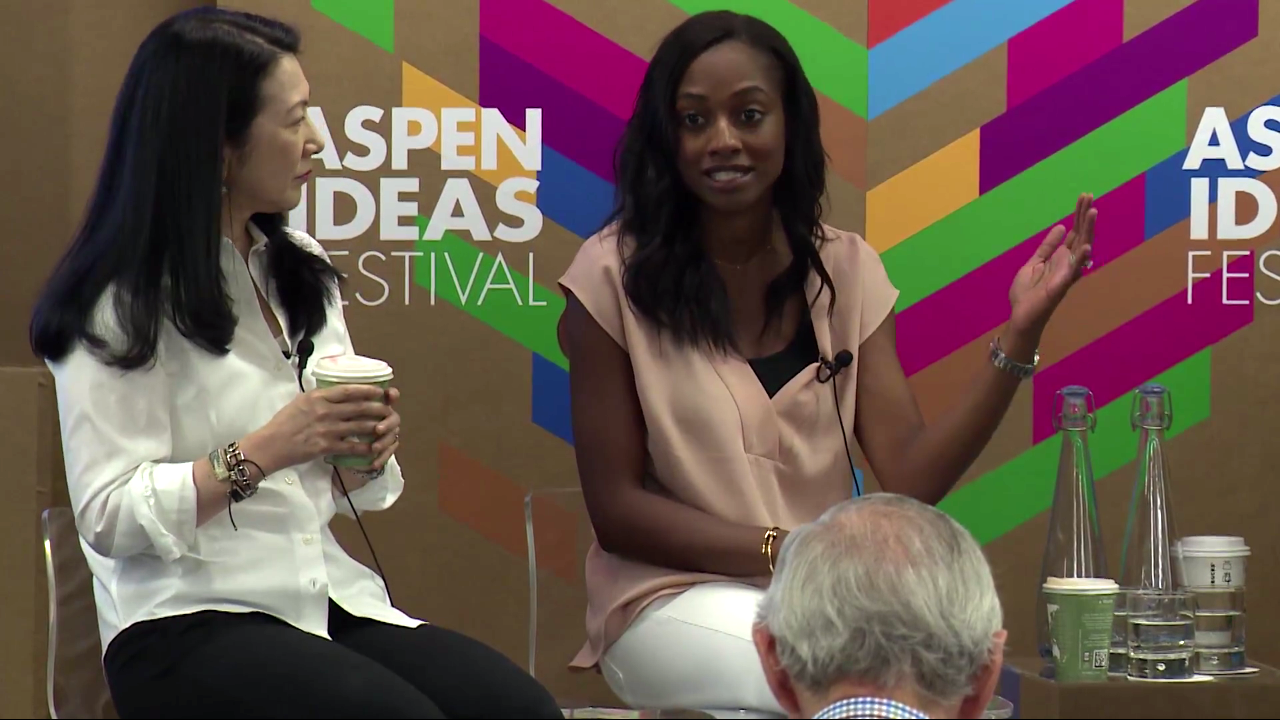 Workforce Development
What Constitutes a ‘Good Job’, and How Can We Create More of Them?