Dr. Kori Schake is a research fellow at the Hoover Institution. She has served in various policy roles on the National Security Council, the Department of Defense, and the State Department. Prior to her appearance at the Aspen Security Forum Dr. Schake has agreed to answer our questions about the role of nuclear weapons in American foreign policy.

In light of North Korea’s recent launch of an intercontinental ballistic missile, what do you believe is the Trump administration’s best course of action? What are the risks of such actions?

I’m a little worried the outgoing Obama administration and Trump administration have played into North Korean hands by drawing so much attention to the problem when they don’t actually have any new policy options.

We’ve damaged our credibility across three administrations by claiming we won’t tolerate a nuclear-armed DPRK as we have tolerated a nuclear-arming DPRK. The new administration continues to make implausible claims to that effect.

The claims are implausible because it’s hard to imagine any American government preventatively attacking North Korea when the people of South Korea would die by the hundreds of thousands within hours of even a highly successful US attack. And the most likely nuclear use scenario by North Korea is incipient regime change or mid-coup attempt – I can absolutely see Kim Jong Un wanting to go out in a blaze of glory.

The fundamental judgment that should undergird North Korea policy is why they want the weapons. I think regime survival is their goal, which means we have things they value we can hold at risk and therefore deter them from using their weapons. So I think we should refocus our policy on preventing use rather than precluding possession.

We have allowed North Korea’s programs to proceed because destroying them comes with too high a price tag.

And there we have made credible threats that any attack on South Korea, Japan, or the United States would result in killing the North Korean leadership and helping the North Korean people reconstitute their country as a very different political entity.

I favor a policy mix of deterrence against nuclear use, sabotage of the weapons by a variety of means, secondary sanctions of exclusion from the dollar zone, efforts to circumvent the government and provide information to North Koreans, and close cooperation with our allies.

The risk, of course, is of the fundamental judgment about DPRK motives being wrong and they attack the US or our allies. But that risk doesn’t change the policy options available to us. We have chosen across the past 20 years to grudgingly allow the DPRK nuclear and ICBM programs to proceed because destroying them comes with too high a price tag. North Korea being able to attack the US puts us in the same position our allies South Korea and Japan have been in for a very long time. They are nervously waiting to see whether that new vulnerability to damage will bind us more closely to them, as we’re all in it together, or cause the Trump administration to shed responsibility for our shared security.

You have said that the US keeping nuclear weapons can increase the world’s safety. Why is that?

American security guarantees are the single most successful non-proliferation measure: Germany, Japan, South Korea, and other American allies have the knowledge and means to develop nuclear weapons of their own, and chose not to because they rightly believed our nuclear umbrella extends to them. Imagine the political ramifications of an Asia with Japan and South Korea also racing toward the nuclear threshold, or a 1960s Europe in which Germany were doing the same. It would be profoundly destabilizing.

How is the use of autonomous weapons changing our military conflicts?

Such a great question. We’re only at the beginning of the autonomous revolution in warfare, so much yet to be discovered and applied. But so far, autonomous weapons are taking human beings out of the operational forefront facilitates persistent surveillance, and conjoining surveillance platforms with strike weapons.

These reduce American casualties (we don’t have to send soldiers to kill terrorists, drones do that); speed the pace of our operations; collect, assess, and disseminate enormous amounts of information to give a fuller picture for future operations.

We’re only at the beginning of the autonomous revolution in warfare, there is so much yet to be discovered.

Because they reduce the human cost to the U.S. of undertaking those operations, automatous weapons may be facilitating operations of marginal value and antagonizing allies or populations we want the support of.

I see enormous value in proceeding as fast as possible with autonomous weapons, though – not only do they drive down the human cost to the U.S. of advancing our security, but we will be unsafe if adversaries advance in these realms before we do.

US allies have expressed skepticism over the president’s commitment to the preservation of the existing world order. What are the consequences of this?

The consequences are less prosperity and less security for the United States.

I think it’s important to remember that the international order the U.S. and its allies created after World War II has been incredibly beneficial to us all. That’s the genius of the U.S.-dominated international order: it isn’t just beneficial to us, it’s beneficial to all states that opt into open markets and free people. It’s the most reliable path to peace and prosperity for any country, and there don’t seem to be reliable paths to that destination outside the U.S. order. The magnetism of our model dramatically reduces the cost of maintaining it, because states voluntarily comply with our rules; we seldom have to enforce them.

If we aren’t willing to set and enforce rules, others will.

One consequence of President Trump calling into question our commitment to this order is that it will encourage challenges by our adversaries – tests to see whether we will or won’t defend it. If we aren’t willing to set and enforce rules, others will – and they won’t be as beneficial to us as the rules we have set. Another consequence is that friends and allies will begin hedging their bets on whether we’re reliable – creating back up plans, building new alliance relationships, making compromises with countries and organizations that don’t share America’s interests, limiting their exposure to our behavior. Both of these will dramatically increase the cost of keeping America secure.

How has having a sister on the opposite side of the political spectrum shaped your worldview?

Kristina’s and my political differences are an incredibly valuable reminder to me that people of good faith can disagree on fundamental things. They’re also a humbling reminder of the limits of my persuasiveness. 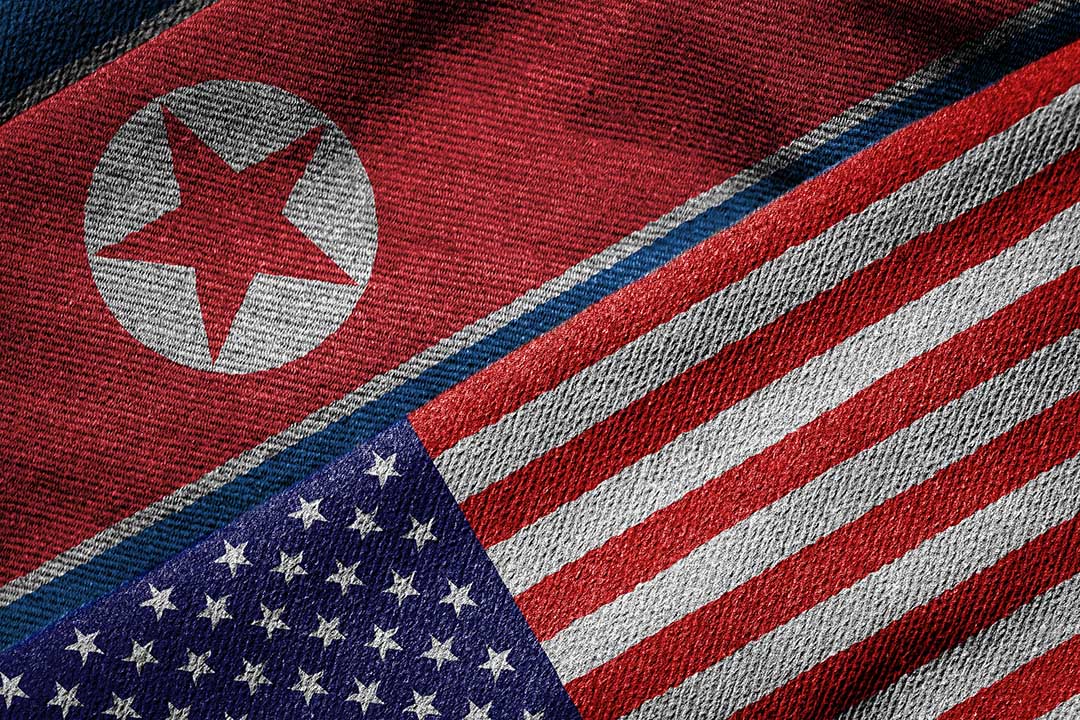