Robin F. Bachin is the Assistant Provost for Civic and Community Engagement and the Charlton W. Tebeau Associate Professor of History at the University of Miami.  Connecting the academy and the public has been central to Bachin’s academic career, and shaped her desire to found the Office of Civic and Community Engagement at UM.  She also has worked on several projects that promote affordable housing and urban revitalization in South Florida. Robin Bachin:  Civic engagement is when people take an active role in the life of their communities.   There are a variety of components to that.  First is being aware of the issues that your community is confronting, but also being able to step back and analyze the dynamics and structures that have created that issue.  What goes along with that is a sense of empathy, understanding that you need to be able to empathize with the conditions of people who might be different from you.  Second is defining expertise broadly so that we look at situations from multiple perspectives.

RB:  Civic engagement is the foundation of a democratic society.  There are two related but often competing components to a democracy.  One is individual liberty, and the other is the public good.  How do you balance those two?  The way to effectively do that is for people to take an active role in shaping their communities.

Now there is so much more emphasis on what you can do at the grassroots level, because we have a variety of new tools and technologies.  It’s not just that you’re liking something on Facebook, but now you’ve formed a new coalition of people around a shared issue, and then you’re going to amplify that conversation in ways that can have a more dramatic impact.

You need to be able to empathize with the conditions of people who might be different from you.

JB:  Where or in what situations is civic engagement most difficult, and how do you deal with that?

RB:  Miami is a very transitory city, so the idea of being part of a community and taking an active role in the civic life of a community is not always there.  That’s endemic to large metropolitan areas globally, because there’s much more mobility around where we live and work.  How do we engage people who don’t necessarily feel as if they’re invested in a particular place?  One of the benefits of having a transitory population is that there’s lots of opportunity to engage–there isn’t an entrenched hierarchy.

JB:  Is there a specific example of a situation in which engagement or outreach to specific communities had an impact?

RB:  Miami consistently ranks very low in terms of civic engagement.  But we’re also thinking about how Miami might spur rethinking about the categories of engagement.  For example, Miami ranks very low in terms of philanthropic giving, but when you add on remittances that people send to their home countries, the number shoots way up.  So it’s not that people in Miami are not philanthropic, it’s just that they have different commitments that span a broad geography.  How do we get people to feel like they should be more philanthropic toward Miami as well as Venezuela or Argentina or Cuba?

It’s not just that you’re liking something on Facebook, but now you’ve formed a new coalition of people around a shared issue, and then you’re going to amplify that conversation in ways that can have a more dramatic impact.

JB:  Can you tell me about a time that civic engagement led to a surprising outcome, and what happened then?

RB:  The University of Miami has a partnership with a local under-resourced high school where a low percentage of students go on to attend college.  University of Miami students in history, English, and STEM partner with teachers to enhance the curriculum and mentor students around what it takes to go to college.  A history teacher who has worked with us had a student who was ideal for college but it was never on her family’s radar.  Through the partnership with the university, we were able to connect her directly with an admissions officer, a financial aid officer, have some University of Miami students walk her through the application process, and she ended up getting a full scholarship to UM.  She graduated in May 2017 as a biology major, and wrote her honors thesis on neuroengineering.

She became one of the UM students who served as a mentor.  As a result of this experience, she saw herself in a completely new way.  She saw herself not only as somebody who is extremely bright and has an amazing future ahead of her, but also somebody who could be a mentor and advisor and role model to the community that she came from.

Then the larger example is the Dreamers.  The Dreamer movement started in Miami.  It was Miami-Dade college students who walked 1,500 miles to Washington, D.C. and held rallies all throughout the Southeast to raise awareness about the plight of undocumented children.  That is an example of what can happen when people have the courage to become engaged and rally more people around them and press the issue.  It resonated because of personal stories.  You could see people not just as statistics or numbers, but as somebody who had a story.  Being able to amplify those individual stories into a national conversation highlights how grassroots civic engagement can lead to a broader public policy change.

JB:  How do you measure success with civic engagement?

RB:  There’s a larger social impact model that we look at, and the most important element of that is: What’s different now versus before you were engaged with this community organization?  Are there measurable changes that you can see?  For example, we do a lot of work around affordable housing, but we don’t build affordable housing.  We do a lot of data analysis and engagement with local organizations to help them understand how to use data and how to use technology in order to advocate for community development that is neighborhood-focused.  We measure success by saying, “Okay, how did you understand need before we engaged with you?  What is your understanding of the need now, and how has this engagement impacted your ability to lobby your elected officials, to seek funding?  Were you able to achieve success as you measure it?”

Then we look at small stories: What difference has our engagement work made in an individual’s life?  How has the role that we’ve played changed your life condition, your access to resources, your ability to achieve your educational and career goals?

Courtesy of Office of Civic and Community Engagement, University of Miami

JB:  Are there any ideas/things that are important to know about civic engagement that the questions that I’ve asked so far didn’t elicit?

RB:  The most important thing is understanding civic engagement is relationship building that fosters an ethic of reciprocity and a culture of collaboration.  Oftentimes if corporations or real estate developers say that they’re doing civic engagement, it’s a very unilateral model.  They might go into a community and say, “This is our plan.  This is what it looks like.  What do you think?”

The ideal model of civic engagement is to flip that entirely.  To use the example of a developer, they might say, “Okay, we’ve purchased this property.  We want to know from you, the residents, what do you think are the most important things for us as a developer to be able to provide to the community?  Is it jobs?  Is it access to healthcare, access to childcare, a community center, a park space?”  I think that’s the key thing, understanding civic engagement as a constant dialogue, as sharing of expertise and sharing of authority, and also sharing in decision making.  That’s the ideal model, and as much as we can work toward that I think the more civically engaged we will be. 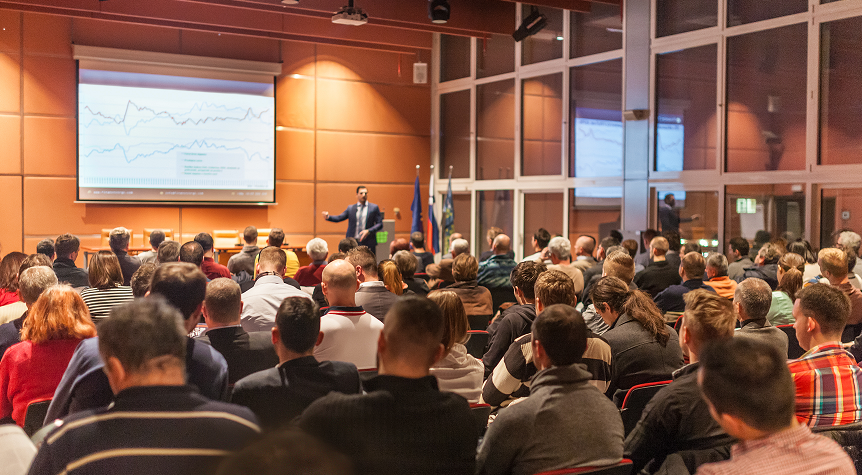