Every election is fundamentally about choice. This country has faced some tough choices in the past, in times of economic or social turmoil. But this election season feels different. The clash of values and crisis of faith in the system and the candidates makes voters feel angry and anxious. As we watch the presidential campaign unfold, we seem to be watching the demise of personal accountability, societal decency and civil discourse before our eyes.

At the Aspen Institute, we pride ourselves on our ability to bring together people with different outlooks to search for common ground — the civil discourse that leads to better solutions and makes the world a better place. But, what if we are starting too late? What if bringing together adults is no longer early enough to develop and maintain a civil society? What if the capabilities for thoughtful dialogue and the search for common ground need to be seeded at an earlier age in order to successfully impact our national discourse? What if more deliberate approaches — acknowledging the diversity of background, education, race, and life experiences while also “forcing” this engagement so that young people can engage with like and unlike from adolescence — are the best ways to ensure a thoughtful, empathetic and engaged citizenry?

Civil discourse leads to better solutions and makes the world a better place. But what if we are starting too late?

These questions are one of the reasons behind the creation of the newest division at the Aspen Institute, our Youth & Engagement Programs. Certainly, the work to develop a thoughtful and engaged citizenry cannot be done on our own, but the Institute’s greatest assets — its convening capability, its leadership development expertise, its nonpartisan ethos, and its focus on the good society in all aspects of our work — can and should be leveraged in pursuit of developing generations of thoughtful, socially conscious, and diverse young people to engage in the critical issues of the day.

An educated citizenry, engaging in thoughtful and civil discourse to achieve a social good, can reach inspiring heights. History has profound examples of times when people overcame “insurmountable” odds. One recent example is the coalition of stakeholders who came together after the Charleston shootings of June 2015. A diverse group of leaders — including many connected to and supportive of the Emanuel African Methodist Episcopal Church — engaged in dialogue, spoke of forgiveness, and used group action to maintain civility in South Carolina. They then went further and also took action: “We [Liberty Fellows and others] that Thursday afternoon and Friday [after the shooting], began to develop a very specific strategy to lower the Confederate battle flag…” said South Carolina State Sen. Vincent Sheheen. When talking about this difficult time, South Carolinian leaders speak of existing relationships and emphasis on civil dialogue as being keys to a successful result out of a tragedy.

We need to create more opportunities to sit in a room and discuss values and ideas, to acknowledge differences in perspectives and yet be able to engage in discourse whose final end is to appreciate the other’s perspective even if we do not agree.

Another example of the power of civic discourse can be found in recent history by examining how the Solidarity movement overthrew the communist dictatorship in Poland in 1989. For more than a decade labor unions, religious leaders and millions of regular citizens had waged a non-violent struggle against the oppressive regime. Even after the Communist authorities imprisoned their leaders, outlawed their movement and imposed martial law, Solidarity leaders continued to engage in a civil, dignified campaign to transform Poland into a free and democratic country. Leaders engaged with the public, in person and through the media, in a discussion about a more prosperous and free future for their nation.

By civil means and despite overwhelming military odds, citizens peacefully dismantled the authoritarian dictatorship that had oppressed their country for more than four decades. The leaders of the movement understood that they would need to live with their political enemies after the battle was over and therefore engaged their former enemies in a frank yet civil dialogue about the future of the government. Former political prisoners sat across the table from their former jailers and talked until they found a way forward.

These are important examples of the value of civil discourse even in politically and emotionally charged times. Behind the capacity to engage in civil discourse are timeless values of dignity (of every human being), compassion, and decency, all ideas that also need to be cultivated and celebrated during difficult conversations. Such capacities for engaging in civil and civic discourse need to be developed deliberately, and early in life: in the age of new media, where any child, teenager or adult is one click away from pushing out statements before thoughtfulness and reflection come into play, teaching the skill of civil and thoughtful engagement is even more important.

This is especially true for young people, buffeted by adolescence, by the reshaping of our economy, and by the increasing stratification and yelling of ideas. With messaging tailored for each of our liking, it’s inevitable that many cannot even imagine another perspective than their own. We need to create more opportunities to sit in a room and discuss values and ideas, to acknowledge differences in perspectives and yet be able to engage in discourse whose final end is to appreciate the other’s perspective even if we do not agree.

The ease with which our citizens can attack, undermine, and engage in vitriol can tear at the fabric of our society. On the other hand, the foundation of our society is fortified when we recognize that our diversity of ideas and approaches is our strength. The skills and the discipline that it takes to listen and consider others’ point of view is the work that we all need to do. Developing this capability for civil and effective engagement needs to start at an early age, when young people are still developing their core values and have many opportunities — through schools, extra-curriculars, and work — to engage with diverse groups. The new Youth & Engagement Programs, along with many of our colleagues and with other organizations, are eagerly engaging in this work. We are excited to develop young people’s capacities — and then get out of their way. 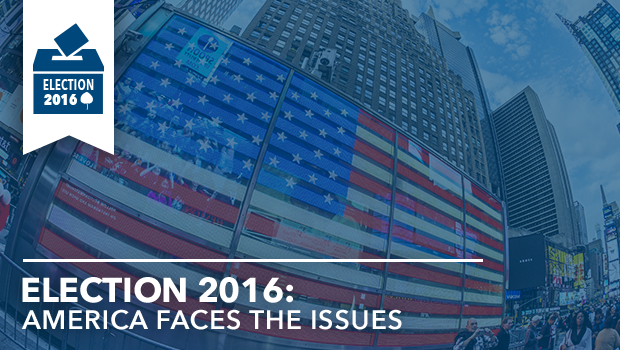