Flooding in Texas is not an abnormal occurrence. In fact, in the 1950s, there were eight heavy downpours a year on average. Today, that average is closer to 18 per year. When Hurricane Harvey made landfall over east Texas on August 26, 2017, it was the first Category 4 or above hurricane to make landfall in the US since 2004, and the first Category 4 to hit Texas since 1964. Major storms in the US over the past fifteen years, namely Hurricane Katrina in 2005, Hurricane Ike in 2008, and Superstorm Sandy in 2012, have caused immense damage from storm surge or wind, but they were Category 3 or lower when they made landfall. In the case of Hurricane Harvey, the heavy rainfall caused the destruction, making Harvey the most extreme weather event in US history—over 50 inches of rain fell over a three-day period.

Seawalls cannot protect from many of the dangerous effects of a major storm: the tremendous rainfall, water and sanitation systems shutting down, and the loss of electricity. In spite of lessons from Katrina and Sandy, rampant development continues and pavement covers much of the ground in most cities, leading to inadequate stormwater runoff, or worse, concentrated flooding areas unable to absorb or move extreme storm runoff fast enough. In the US, heavy precipitation is now 40 percent more likely than it was 50 years ago. Major hurricanes (over a Category 3) are more than twice as likely now than a century ago. In the 2017 Atlantic Hurricane Season Outlook, the National Oceanic and Atmospheric Administration (NOAA) called for a 70 percent probability that 2017 would be an above-normal hurricane season, with 14-19 named storms, 5-9 hurricanes, and 2-5 major hurricanes. Only a week after Harvey, Hurricane Irma now threatens the Caribbean and Florida.

Major hurricanes are more than twice as likely now than a century ago.

On a national level, the Gulf Coast (the area most at risk from Atlantic storms) is home to some of our largest and most significant energy infrastructure. Known as Petroleum Administration for Defense Districts (PADDs) II, the region contains nearly half of all of the petroleum refining capacity in the US, around 8.5 million barrels per day. Of those 8.5 million barrels, nearly 2 million have been shut off because of Hurricane Harvey. Most barrels will come back online within days or weeks, but if the refining facilities flood, damage could cause shortages of a month or longer. Refining outages hurt the US gasoline market, increasing prices and decreasing exports, and the US crude oil market, as prices drop due to decreased demand since the refineries do not have the capacity to buy more crude oil. Production of oil and gas in eastern Texas has decreased by about 20 percent since Harvey made landfall last week. Production will likely rebound quickly, but will face an already oversupplied market. Pipelines transporting product, like the Colonial pipeline which takes gasoline from Texas to the north east, are also shut down, potentially creating shortages throughout the country.

The likelihood of tropical storms or hurricanes is increasing while more extreme weather events occur. The increase in extreme weather events and their severity is due to warmer temperature cycles. Although “one cannot know with certainty whether a given climate signal will be associated with several short-lived storms or fewer longer-lived storms with greater intensity,” (NOAA Hurricane Season Outlook, 2017) the current warm phase of the Atlantic Multi-decadal Oscillation, one of the main climate factors that influences the Atlantic hurricane season, was predicted by climatologists.

Regardless of the variability in weather patterns, which cannot be predicted, the gradual warming of the atmosphere and oceans, which are factors that influence extreme weather events, is caused by anthropogenic (human-induced) climate change. One of the measurable impacts from increased build up of greenhouse gases in the atmosphere over the past century is the rise in the global average temperature. The rise in global temperature also means the temperature of the oceans has increased, leading to warmer sea surface temperatures, which increases the likelihood of more active storms. More active, longer storms contain more precipitation and energy increasing how extreme weather events can become and how long they can last.  “The result is higher numbers of tropical storms, hurricanes, and major hurricanes, and these systems tend to last longer than in near-normal or below-normal seasons,” according to the NOAA Atlantic Hurricane Season Outlook, 2017.

The gradual warming of the atmosphere and oceans is caused by human-induced climate change.

Hurricane Harvey’s strength, and the extreme level of rain it produced, should not come as a surprise. Not after Katrina and Superstorm Sandy. While we can always hope that each new hurricane will degrade or lose strength before hitting places where people live, basic scientific reasoning suggests that such storms will likely become more intense and, in the case of Harvey, even worse than we predicted. We don’t doubt that there will be hurricanes or tornadoes every year. So why, using the same line of reasoning, would we doubt that climate change is likely (more likely than not) to increase the severity (if not also the frequency) of their impact? We still have not begun to incorporate what we are learning about their strength and how it relates to climate change.

In preparation for future heavy rainfall and other natural disasters exacerbated by climate change, the United States should invest in adapting our infrastructure, including energy infrastructure along with roads, bridges, and water treatment facilities. Investing in resilient infrastructure is a smart choice for cities and states to adapt to changing and unpredictable weather patterns, as well as a smart financial investment. According to the Department of Housing and Urban Development, each dollar spent on climate resilience saves about four dollars during recovery following a natural disaster. Cities and states should recognize the value of investing in resilient infrastructure and prepare, as much as possible, for the future of unpredictable events.

Just a week before Harvey made landfall in Texas, President Trump signed an executive order rolling back a requirement that infrastructure be designed to survive rising sea levels and other consequences of climate change. This unfortunate move aims to speed up the building of infrastructure, but will end up building inadequate infrastructure that could later be destroyed by extreme weather events.

Because extreme weather, like floods and hurricanes as well as other natural disasters exacerbated by climate change, will continue to occur more frequently and with little warning, the US needs to build infrastructure that is more resilient to the impacts of climate change. Infrastructure plans for municipalities and states should be designed to outlast the impact of natural disasters, whether it is floods or storm surges or high winds. We cannot control the weather, but we can better prepare for it by anticipating the consequences of natural disasters and taking actions before roads and highways become rivers.

We should take further preventative actions to prepare areas at risk instead of reactionary measures. We need to prepare for more frequent heavy downpours and floods, among other natural disasters; we need to start building more resilient infrastructure for stormwater runoff, clean water and sanitation, electricity and transportation—particularly in areas that we know will be visited by extreme weather events.

This is not an ideological or partisan political issue, but any public official or leader that continues to doubt how climate change factors contribute to extreme weather needs to go to Houston and explain why our level of planning and preparedness for extreme weather failed. Elected leaders that are proudly skeptical of climate science need to take public responsibility for refusing to plan and prepare knowing firsthand how devastating the next hurricane can be.

This post has been edited to fix a typo in “anthropogenic” climate change. 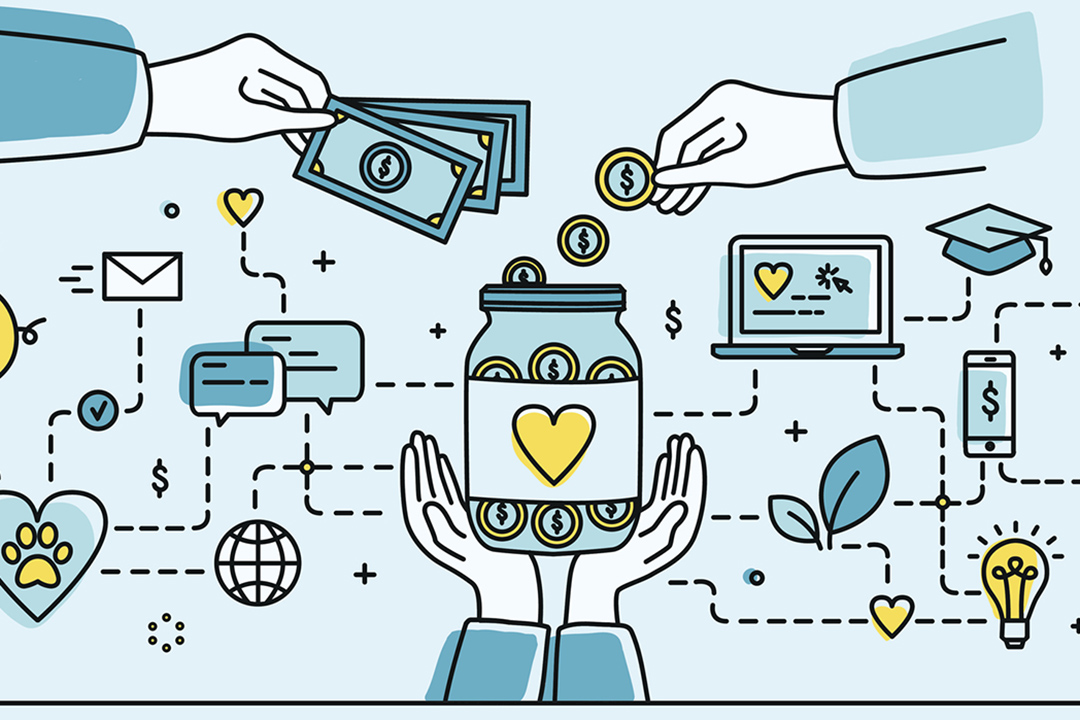 So What?
How to Better Evaluate Philanthropies