Congressman James Clyburn has been working to improve the state of race in America since his days as a student leader in the civil rights movement. After years serving as the first minority advisor for the governor of South Carolina, Clyburn joined Congress in 1993 as the representative for the state’s 6th district. He spoke at this year’s Symposium on the State of Race in America and answered questions after the event about how the country can move forward.

Clyburn believes the current state of race is uncertain because many Americans are afraid to deal with racial issues. This fear leads them to pretend that such problems do not exist. This marks a divergence from his early years in Congress when there were clear efforts on both sides of the aisle to eliminate the gaps that result in inequality.

Clyburn is still fighting to build equity into our systems, including addressing the racial wealth gap. Financial security remains out of reach for many minority families. The gap between black and Latino households and their white counterparts has only increased over time.

When the 2009 stimulus package was being drafted, Clyburn fought to include the 10-20-30 federal funding formula that directed funding to communities with the most persistent poverty. Clyburn’s work in rural communities has revealed that poverty is as diverse as the country itself. Investments in low-income areas are vital to the success of the nation as a whole.

Clyburn is hoping for more — and more productive — conversations about race in America. While he does not believe we will ever live in world absent of racial differences, he says there are two options: those differences can be reconciled or they can be exploited. Pretending that they do not exist will only leave us to stagnate in this state of ambivalence. 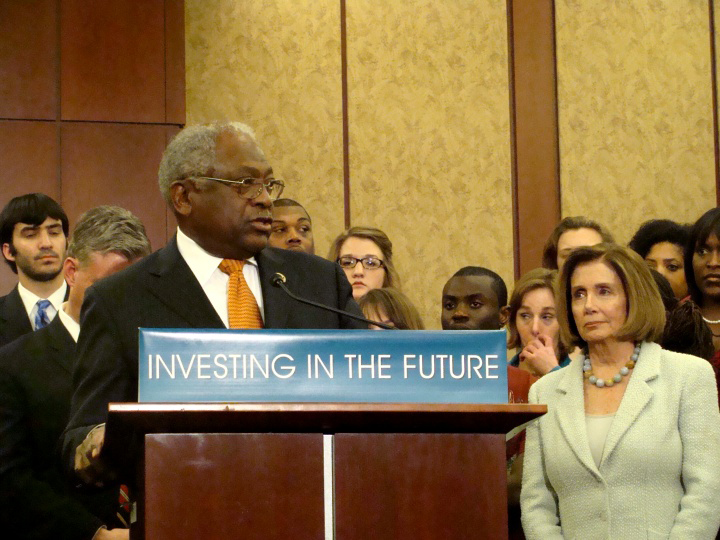