This week is Entrepreneurship Week — an important time to contemplate the challenge our nation confronts in declining rates of entrepreneurship and economic dynamism. The rate of new business starts is down, as the Kauffman Foundation and Economic Innovation Group have documented, and this challenge is particularly stark outside the nation’s largest urban centers. The path to a more dynamic economy lies in opening opportunities for entrepreneurship and innovation to those who have long faced barriers to starting and growing businesses: women and people of color, and especially women of color.

The recently passed tax bill included reductions for “pass-through” businesses. These are businesses such as partnerships, sole proprietorships, and S corporations whose owners claim the income from the businesses on their individual tax returns; that income is then taxed at the recipients’ tax rates. Because most small firms are structured as pass-throughs, the cuts were lauded as benefiting “small business.” But it is highly likely the vast majority of the benefit from these cuts will go to already-wealthy owners of large businesses that are structured as pass-throughs. According to the US Department of Treasury, between 67 and 69 percent of pass-through business income is earned by individuals who are already in the top 1 percent of income earners in the US. And in 2012, 40 percent of all S corporation income was earned by the 0.4 percent of S corporations that had receipts of more than $50 million.

Most of the truly small businesses — especially those owned by women and people of color, and in particular women of color, who have the smallest firms on average — will see relatively little direct benefit from the tax cuts. In 2012, 77 percent of women-owned firms, 95 percent of Black-owned firms, and 88 percent of Hispanic-owned firms had total sales of less than $100,000 per year — which means that the level of income owners can draw from their firms is relatively low.

While the beneficiaries of these proposed revisions would be a relatively small set of already-wealthy business owners, the looming deficit that the tax plan exacerbates would most certainly result in cuts to programs that support resources needed by business owners and aspiring entrepreneurs who are not already wealthy. Although entrepreneurs in the United States are increasingly diverse, entrepreneurs of color are challenged to grow their firms.

Most small businesses — especially those owned by women and people of color— will see little direct benefit from the tax cuts.

What current business owners need is contracting opportunities from government, educational institutions, hospitals, and other local institutions that rely on government funds; infrastructure that enables them to access markets; and access to capital and business advice provided through programs that are supported by the federal and state government. (Many such programs, like the Community Development Block Grant, Small Business Administration, and Community Development Financial Institutions Fund are slated for elimination or cuts in the Trump Administration’s proposed budget). In the longer term, our collective ability to benefit from the entrepreneurial talent of our increasingly diverse population will depend on whether we can provide future entrepreneurs (and their workforces) with quality education — without encumbering them with high levels of student debt that inhibit them from starting or growing firms.

Small businesses play a particularly important role in job creation and economic growth. The right policy opportunity is not to provide additional incentives to those who are already doing well, but instead to focus on the many inventors and innovators who never get the opportunity to realize their potential, which would benefit the whole country. Research by Raj Chetty’s Equality of Opportunity project, which examined the connection between inventors and exposure to innovation, found large disparities in innovation rates by socioeconomic class, race, and gender, discovering that the exposure to innovation that comes from living in areas with high numbers of inventors substantially increases the chances that children become inventors. The authors also found that providing additional financial incentives or tax relief to already-successful inventors is unlikely to stimulate additional innovation:

If women, minorities, and children from low-income families were to invent at the same rate as white men from high-income (top 20 percent) families, the rate of innovation in America would quadruple. Our findings therefore call for greater focus on policies that harness the under-utilized talent in these groups by providing them greater exposure to innovation. Such policies could range from mentoring programs to internships to interventions through social networks.

We can achieve a more inclusive and dynamic economy by narrowing the gaps in income, wealth, and opportunity. While the recently-passed tax bill falls short, Congress can still make policy choices that invest in an inclusive and supportive entrepreneurial ecosystem and put us on the path to a more vibrant economy. 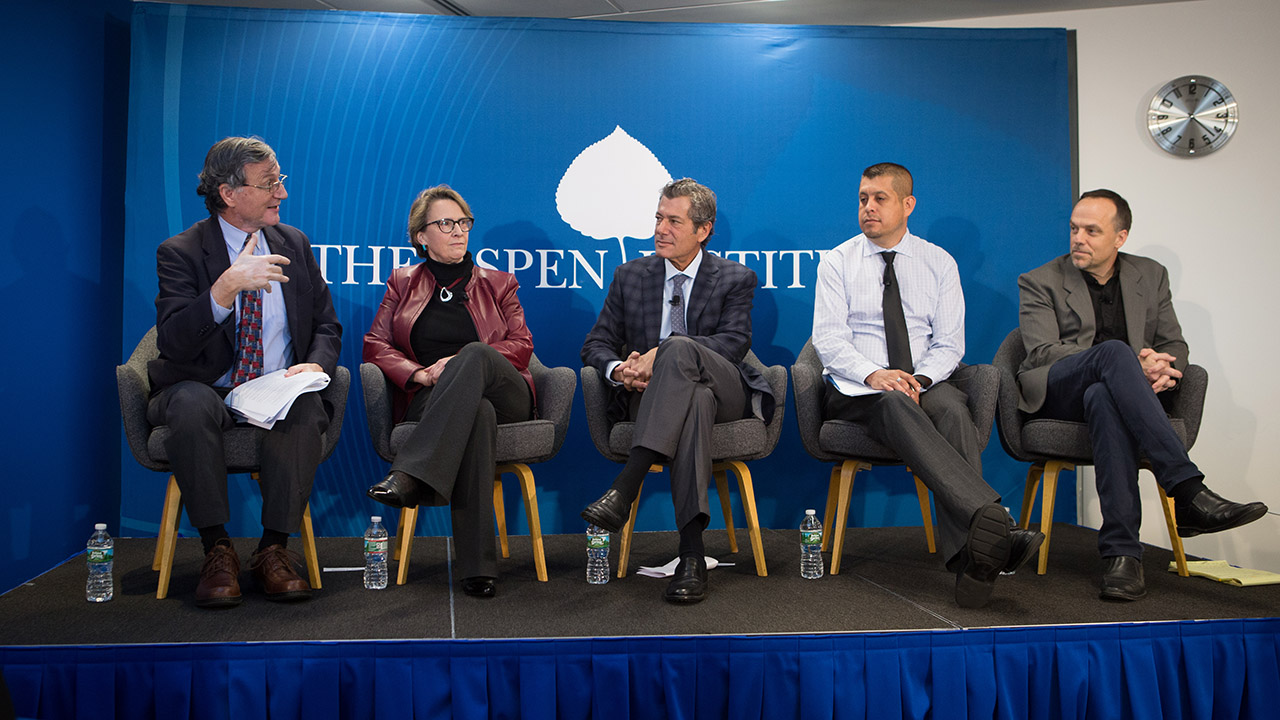 Tweet We can achieve a more inclusive and dynamic economy by narrowing the gaps in income, wealth, and opportunity.

Tweet The path to creating a more dynamic economy lies in opening opportunities to those who have long faced barriers to starting and growing businesses: women and people of color.

Tweet If we want to help small businesses grow, we don’t need to provide extra incentives to those who are already doing well. We need to focus on the inventors and innovators who never get the chance to realize their potential at all.

FIELD at the Aspen Institute works to build understanding and strengthen the role of business ownership as an economic opportunity strategy. Follow us on social media and sign up to receive publications, blog posts, and other announcements via email.