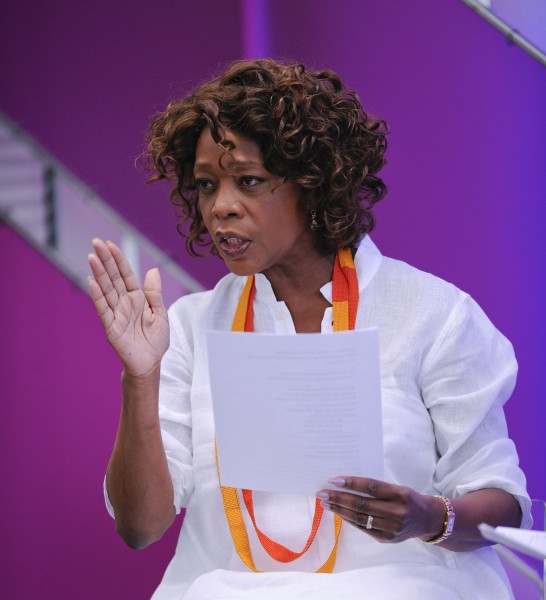 Emmy Award-winning actress and Harman-Eisner Artist in Residence Alfre Woodard thinks creative impulses ought to be nurtured when children are young, and cherished in adulthood. In a conversation with Aspen Institute Arts Program Director Damian Woetzel at the 2014 Aspen Ideas Festival, Woodard encouraged educators, parents, and other caretakers to learn to recognize artistic promise in children and stressed the importance of setting expectations for them. Below is her “big idea” on creativity — along with fellow artist in residence and famed dancer Lil Buck — and selected quotes from her discussion with Woetzel.

“All the laws of science depend upon [creativity], it is as constant as numbers. But unlike numbers, it expresses the soul and expands consciousness. And like numbers, some of us surrender to it more readily than others.”

“There’s an energy inside you [when you’re young],” Woodard said. “You don’t know what it is… There is intuition in you. There is energy and movement. There is movement that is connected to other people in the world… It’s there, but if it isn’t recognized in you or suspected in you by adults around you, it gets labeled a lot of other things.”