After a two-hour-long private meeting in Helsinki, Finland earlier this week, Donald Trump and Vladimir Putin held a joint press conference. Standing next to the Russian president, Trump said that he did not “see any reason why” Russia would be responsible for interfering in the 2016 presidential election.

This did not sit well with Dan Coats, Trump’s director of national intelligence. Moments later, Coats released a statement contradicting the president and standing by the findings of the intelligence community. On Thursday, he joined NBC’s Andrea Mitchell at the Aspen Security Forum to discuss his decision.

Mitchell pushed back. Noting that Trump had made “many conflicting statements” on Russia’s role in the election, she asked Coats how it felt to watch the president validate Putin’s assessment over that of the US intelligence agencies.

“This is the job I signed up for,” he said. “Obviously, I wish he had made a different statement, but I think that now that has been clarified.”

“Say that again?!”
“Ooookay.”
“That’s gonna be special.”
On the #AspenSecurity stage, DNI Dan Coats reacts in realtime to news that Vladimir Putin?? will visit the White House??. pic.twitter.com/aGeeBJ8k4d

Coats admitted that he still does not know what was discussed during the one-on-one meeting between Putin and Trump. While he called it the “president’s prerogative” to meet with Putin alone, he was quick to rebuke the Russian government for their attempts to sow discord in the US. He specifically called out Putin for his role.

“I think that anybody who thinks that Vladimir Putin doesn’t have his stamp on everything that happens in Russia is misinformed,” he said.

Coats is worried that Americans have lost confidence in the concept of free and fair elections. He wants to guarantee to the public that their votes will not be tampered with. Doing so requires both vigilance and transparency on the part of the intelligence community. We are only beginning to understand the dark side of cyber, Coats said. State actors like Russia and China have very different intents than groups like the Islamic State. Countering all of these threats requires a whole government effort.

Yet it isn’t clear if the president is on board. Coats acknowledged that he was not aware of Trump’s Oval Office meeting with Russian diplomats Sergey Kislyak and Sergei Lavrov in May of last year. James Clapper, Coats’ predecessor, has publically stated that Kislyak had oversight over a “very aggressive intelligence operation” in the US. Later during the discussion, Mitchell interrupted Coats to announce breaking news that Putin had been invited to the White House in the fall.

Coats paused and asked, “Say that again?” As the audience burst into laughter he continued, “OK… that’s going to be special.”

This disconnect between Trump and his top intelligence advisors has some observers guessing that people like Coats will eventually resign. Coats reassured the audience that this is not the case.

“As long as I have the ability to see the truth and speak the truth, I’m on board,” he said. 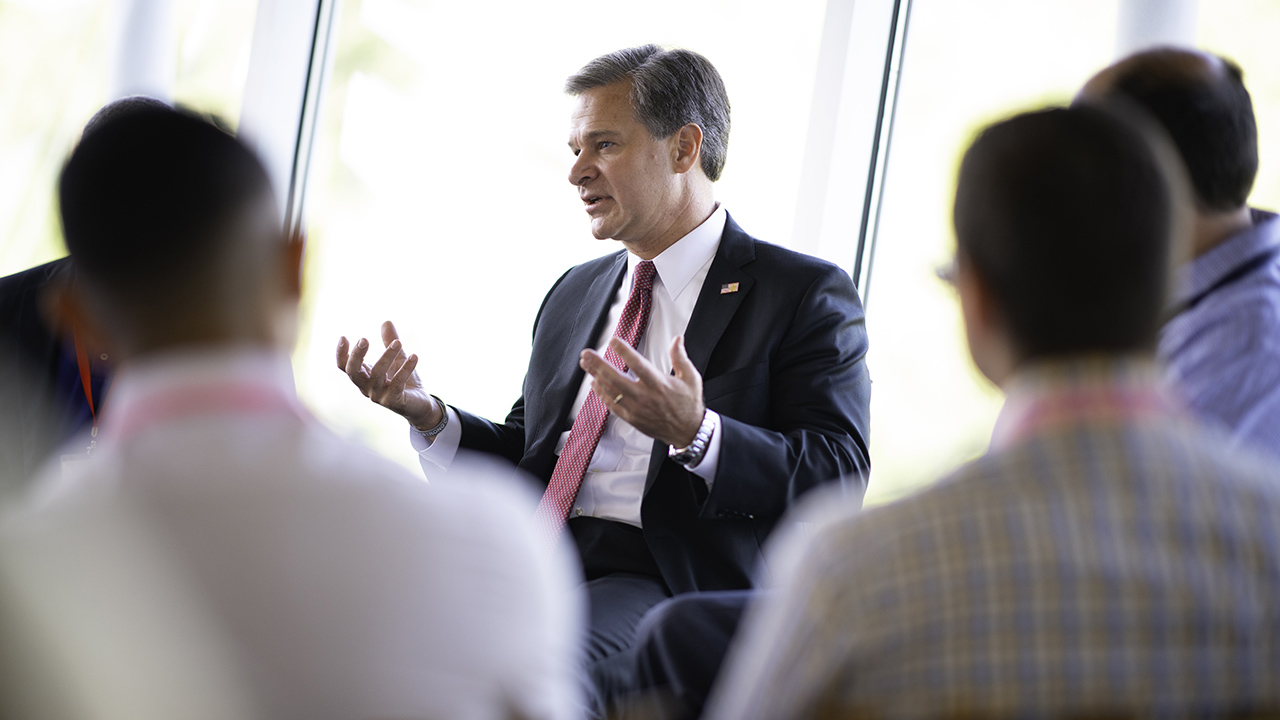