Grayce Liu is the General Manager for the City of Los Angeles Department of Neighborhood Empowerment, which supports Los Angeles’ 97 Neighborhood Councils in meeting their mission to increase civic participation and make government more responsive to local needs.  Neighborhood Councils are comprised of nearly 1800 unpaid elected officials citywide who live, work, own property or have a substantial and ongoing community interest in a neighborhood.

Grayce Liu:  My definition of civic engagement is government opening their doors and their processes to collaborate with citizens and stakeholders about decisions that affect their lives.  That’s a very simple, short answer, though it’s much harder to do. GL:  It really is about creating an ongoing dialogue between government and constituents.  It’s about creating buy-in because a lot of times government is very top down and just does what it wants to do.  You see this prominently on the national level right now, where constituents feel like they’re not heard and have no trust in government.  That should not be the relationship that we have with our government.

When people at the government level think of civic engagement, they often think, “Oh, we do that because constituents are able to speak during public comment period for two minutes, or write a letter.”

For engagement to really have an impact, it needs to be an ongoing dialogue and not just a one-off letter or public comment.  It takes persistence and determination to see any good lasting outcome.

GL:  On the government side, the city staffers or government staff don’t understand concepts of civic engagement.  When you join a department, you have to take ethics training and sexual harassment training.  Those are mandated, but there’s nothing about what it means to be a good public servant and what civic engagement is, even though that goes hand-in-hand with your work here.  So, oftentimes you see a lot of policies that are established because people are not thinking about how to engage with the public or how the public sees something.

For engagement to really have an impact, it needs to be an ongoing dialogue and not just a one-off letter or public comment.

To address this, we are starting to partner with community organizations and academics to bring civic engagement classes within city government.  This year, we have a FUSE fellow working with our department to create an Office of Civic Engagement that will centralize all the city’s civic engagement efforts, create a standard of great civic engagement, and then provide training.

On the constituent side, there is a responsibility: If you want to be civically engaged and have a say in what government does in your community, you have to commit to learning what the issue is about.  Then, you have to invest the time in ongoing dialogue.  Sometimes, folks are reluctant to make that investment because they don’t have the time for it.  So, we work to educate folks.  It’s not just about a one-time public comment, or even just voting.  It really is about staying engaged constantly over a period of time.

But success is also when somebody comes up to you and says, “I have never done anything like this in my life.  I never felt like I had a voice in anything, and working with the Neighborhood Council system, I found I can be an advocate for my community.”  It’s those little stories that are very hard to put onto a chart and say, “Look, we have been successful.”

The younger generation was not really in our system to say, “No, this is the way it’s going to go.  This is the future.” So, that was pretty shocking, that you will sometimes get resistance from those who typically participate, just because of a generational gap or folks who didn’t want to see more people involved.

With civic engagement, you can’t ever say, “Okay, we’ve reached the promised land, and we can rest.” It’s not like that. It’s constant work, evaluating and making sure that those who want to participate have the opportunity to do so.

JB:  You bring up a really interesting point with civic engagement: You don’t hear from the people who aren’t already engaged.  What’s the work around for that?

We’re trying to do outreach to groups that are not represented, and trying to address some of the digital divides that may keep them from participating.  The other thing that we’re looking at is neighborhood census data, to see who is missing, in terms of demographics.  Latinos are missing from Neighborhood Councils in certain areas.  Asians are missing in other areas, and we have to go in and target those populations, see what is keeping them from participating, and get rid of those barriers.  It’s an ongoing process, particularly as neighborhoods are changing.  With civic engagement, you can’t ever say, “Okay, we’ve reached the promised land, and we can rest.”  It’s not like that.  It’s constant work, evaluating and making sure that those who want to participate have the opportunity to do so.

JB:  Is there anything else that you want to say about civic engagement?

GL:  Governments don’t do a good job of investing in civic engagement because they mistake civic engagement for outreach, and it’s different.  It’s not putting money into the budget to put posters up, to use flyers, or to make awesome post cards.  That’s not civic engagement.

Every government entity should have a line item called civic engagement, and they should be using techniques to go out into the community and engage the public in creative low-tech and high-tech ways, and in various languages.  Otherwise, you’re just pretending that you’re interested in civic engagement when you’re not really doing it. 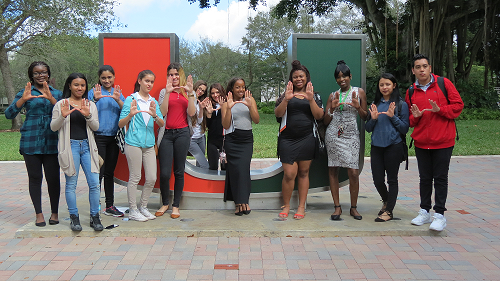 Urban Innovation
‘Civic Engagement Is Relationship Building That Fosters an Ethic of Reciprocity and a Culture of Collaboration.’