This piece  is part of the series “Who Are Urban Innovators?”, an effort to show what’s possible when urban innovators and people of color get the capital they need to advance their big ideas. Below, read the exchange between Edrizio de la Cruz, creator of Regalii, and Jennifer Bradley, director of the Aspen Institute Center for Urban Innovation.

Jennifer Bradley: What does Regalii do?

Edrizio de la Cruz: Regalii is a platform that allows people in the United States to pay any of their families’ bills here in the US or abroad. So, if you have family in Mexico, you can pay their bills from here, and your own bills, using our platform. We work with financial institutions, banks, and remittance agencies who can use our software behind the scenes to make the payments happen.

JB: What was the problem that you were trying to solve with your company?

ED: I came here when I was a teenager, speaking broken English and sending money back home to my aunt and my grandmother. When I sent money to them, I had no way of tracking how or when the money got there. Retrieving the money, in a poor neighborhood in Latin America, can be a hazard. I felt it was both expensive and dangerous for my loved ones. I wanted to create a system that circumvents those unnecessary steps.

I wanted to create a system that circumvents those unnecessary steps.

JB: Where did you get the initial money to start your company?

ED: It was self-funded with my credit card, until I was lucky enough to get an Echoing Green fellowship around 2012.

JB: When you say self-funded, about how much money was that?

ED: Twenty or thirty thousand dollars over the course of nine months.

JB: What were some of the other supports that you had? What else was enabling you to create this company?

ED: I think the single biggest factor for us was being a part of Y Combinator, which is an incubator in Silicon Valley. All of the partners there had sold companies before. They had already walked the path.

You never know what the next step is going to be. It’s like running up a hill with a blindfold on your head.

I think the hardest thing about entrepreneurship is that there are never any clear answers. You never know what the next step is going to be. It’s like running up a hill with a blindfold on your head. The level of anxiety that comes with that never stops, knowing you are just one step from falling and dying. At Y Combinator, all of the partners have seen the hardships, so they can guide you through the process. That in itself is invaluable.

JB: Are there supports that wish you’d had, but that you didn’t?

JB: What would you tell a person of color, somebody with a non-traditional entrepreneurial background, or somebody who is working on solving a problem for an underserved community?

ED: Here is what I would tell myself, before Y Combinator. I would lock myself in a room, and I would ask myself, “What problem do you want to solve, and why?” Then I would start to think about why I am the person to solve it. That is the first step. Once you check that box, it’s like 20 percent of the game.

If you don’t like hardship, don’t become an entrepreneur. It is an incessant battle.

What I tell people is this: If you don’t like hardship, don’t become an entrepreneur. It is an incessant battle. You get rejected every day, you get tired, you get talked down to every day, and you don’t get treated very well when you talk with bigger companies. You have to have thick skin, and to keep believing in your mission and in the solution. A lot of it is psychological. I walked a very different path to the Ivy League. I came here and I grew up on welfare. I didn’t get to college until I was 21 years old. I went to community college, and I was the oldest person in my class. I didn’t let that stop me.

I wanted to be an investment banker. When I told people I wanted to be an investment banker at community college they would laugh at me, but three years later I was one. I had the fortune of having the kind of scrappiness, the work ethic, and the thick skin built-in. It wasn’t that hard to apply that mindset to being a tech entrepreneur. But I think a lot of the exercises are first internal. Do I have what it takes? What do I want to follow? What do I want to solve? Once you have that, then you can start looking for resources. You can start looking at incubators, you can start carving out the plan. But the first part of it is figuring out what you want. What problems do you want to solve?

JB: What was the moment of transition when you said, “I’m going to stop being an investment banker and do the significantly harder thing – being an entrepreneur?”

ED: I think it is kind of like a stepping stone, or a doorway into another room. I just saw investment banking as an accelerator for me.

I was this kid from Harlem that had never been to Wall Street before.

I was this kid from Harlem that had never been to Wall Street before. I wanted a place where I was going to be able to grow very quickly. That’s who I am. I want to be the best, to show my chops, to prove myself. I think a lot of people really don’t have the confidence because they have never been given the opportunity or they didn’t even think that they could go off and do it. I was fortunate to get the opportunity to show it early on. That instilled the confidence that just keeps driving me.

ED: I think a lot of entrepreneurship or the products that come from Silicon Valley stem from the environment that those founders are exposed to. When you bring diversity into those environments, then you start solving more diverse systemic issues. Regardless of where people come from – black, white, brown, blue, green, whatever they are – diversity is just good for business.

Diversity is just good for business.

JB: Where do you see you and your company in five years?

ED: Five years is a long time. In the next two years, we will definitely be global. That means processing probably a hundred times what we are processing right now, which is already a lot.

JB: What else should people know about you, about Regalii, about how you think about access to capital for people of color or people who want to help out underserved people?

ED: I think if people of color really want to move the needle forward, you need to start really helping each other out any way that you can. Take the call, hire from within, invest from within, and buy from within. I think that is one of the keys to success. 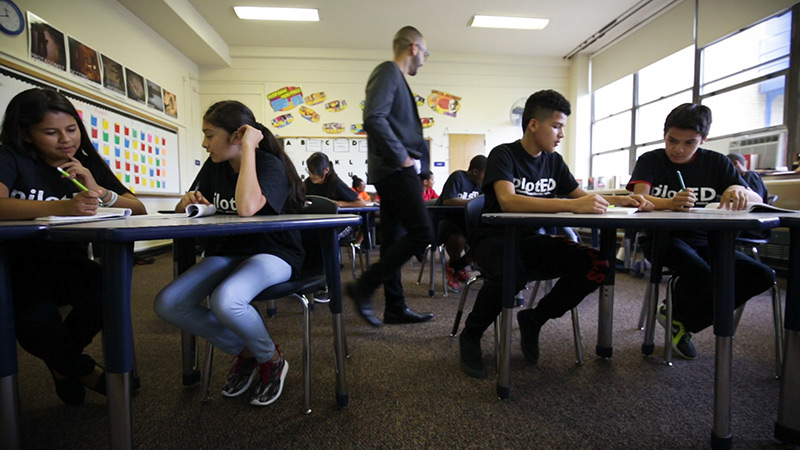