If Hillary Clinton had won the election, Europe’s governments would have been facing a tricky foreign policy scenario – ranging from confrontation with Russia to escalation in Syria – but they would have had an easier time on the domestic political front with the victory of a candidate who typifies the pro­-Atlantic establishment. With Trump’s election win, on the other hand, the situation is the other way around.

The political “risk” implicit in Trump’s victory is linked primarily to the domestic dynamic, a fear of populist contagion from one side of the Atlantic to the other. Indeed, it is no mere coincidence that Matteo Salvini and Beppe Grillo, Viktor Orban and Marine Le Pen, Nigel Farage and Geert Wilders are gleefully rubbing their hands: With Trump in the White House, they reckon that the wind of the anti-system protest has now taken the very heart of the Western system by storm and that, in the wake of Brexit, it will inevitably hit Europe’s capitals.

Their conclusion is too simple to be true: If we reread de Tocqueville and we think for a moment about the differences between the election systems in place in the United States and in France, we can see that Marine Le Pen is fated, like Hillary Clinton, to remain a president that never ­was.

Trump is the living signal of an existential risk for a majority of Europe’s governments.

But there is some truth to the argument: The election result in the United States is a kind of Brexit to the extreme, proving that when social malaise combines with distance or indifference on the part of elites, traditional political preferences can be swept away. Putting it in terms which may sound a little extreme, Trump is the living signal of an existential risk for a majority of Europe’s governments.

The signal in the foreign policy sphere is different. Unlike the post-war Republican tradition, Trump is not a traditional internationalist. He is a nationalist who believes in “America first” and in “making America great again.” A vision of that kind can swing between isolationism (though in today’s world the most that that can ever be is “retrenchment,” or partial pullback) and selective, muscle-­flexing interventionism in the name of patriotic values and of US interests.

Walter Russel Mead, a historian of the various trends and factions in US foreign policy, would call Trump a “Jacksonian” candidate. We shall have to wait and see whether he is going to be also a “Jacksonian” president. A few clues in that direction should be forthcoming from the people he chooses for his foreign policy team. In such a vision, Europe is not particularly liked, and it is put face-to-face with its direct responsibilities.

Our excuses will no longer hold water. On the one hand, Trump’s economic policy will further reduce the United States’ room for acting as a “locomotive,” as we shall be seeing at the G­7 table chaired by Italy. On the other hand, Trump no longer intends to sustain a disproportionate burden within NATO.

You may say that that is old news, but Trump could well take his stance on NATO to its logical conclusion by asking the Europeans whether they intend to keep NATO going. If they do, they are going to have to pay for it. At a time of lifeless budgets, that is not going to be so simple. But the Trump effect is going to have at least one benefit: It is going to force Europe to finally take its common security and defense seriously.

Europe is being forced to grow up.

A basic change is looming. The Trump presidency seems fated to mark the end of “Pax Americana” for good: to mark the end of the international order forged after World War II, which has managed to survive in ragged fashion since the fall of the Berlin Wall. For the first time, albeit extremely belatedly, Europe is being forced to grow up. If it fails, in a post-­Brexit era and with Trump in the White House, it will never become an important player. It will disintegrate.

A different vision of Russia is part of Trump’s revolution. In the midst of what is almost a cold war climate, Trump believes that he can thrash out an accord with Vladimir Putin. The precedents are not encouraging: Both George W. Bush and Barack Obama attempted an initial “reset” with Moscow, only to fail dismally. Trump, however, could have an ideological advantage: He is devoid of the “Russia­-phobia” typical of US diplomats and, like Putin, he believes in the rationale of agreements between strong men. The trouble is that the margin for compromise with Moscow is narrow, even for a US president prepared to sacrifice Crimea, to consider Ukraine’s fate of secondary importance, and to countenance Syria’s future carve-up.

For certain European countries (with Italy and Germany heading the list) this entails economic benefits, while for others it entails security risks. But for all of them, the truth of the matter is that negotiations of that kind can take place literally over their heads. There continue to be considerable differences in EU countries’ interests where Russia is concerned, and Europe will never have a common foreign policy unless it attempts to settle those differences.

The future of Western democracies is in greater peril than it has ever been at any time in the past 100 years.

But while we Europeans are going to have to deal with “America first,” Trump is going to have to deal with a Europe caught up in a long election cycle and with handling Brexit. The new president’s inclination will be to keep London hooked up (his first phone call was to Theresa May) without letting go of Berlin. After beating a former First Lady in the election for the United States, he is going to be facing two European ladies.

Let us hope that common sense prevails. In an international system that we call multi-polar but that is in fact merely anarchistic, the future of Western democracy is in greater peril than it has ever been at any time in the past 100 years. Recognizing that fact is the crucial incentive for us to continue working together.

This piece originally appeared on Aspenia. 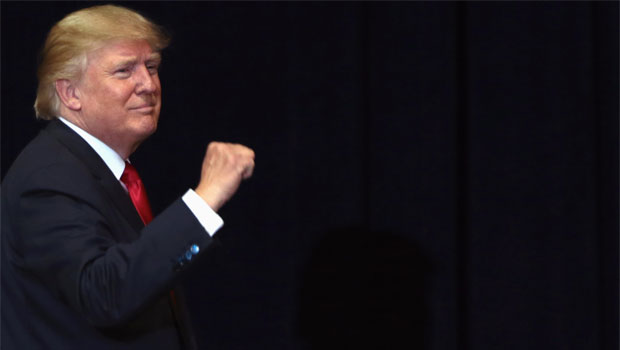 World Affairs
Global Shock: What To Expect from a Trump Presidency