During a week when there has been much confusion as to where President Trump stands on the question of Russian involvement in the 2016 US election, FBI Director Christopher Wray remains resolute. During the opening session of the Aspen Security Forum, Wray reasserted that Russia did indeed meddle in 2016 and continues to be a threat. But beyond today’s grabby headlines, what Wray really wanted to get across during his discussion with NBC’s Lester Holt was twofold: the seriousness of cyber threats from other nations, particularly China, and all the work his 37,000-person agency is doing to fight terrorism, put away gang members, and thwart child abusers.

After interfering in the 2016 election, Wray said Russia “continues to engage in malign influence operations to this day.” And while these efforts, aimed at “sowing discord and divisiveness” do not appear to be targeting election infrastructure, they are very active and aggressive.

“We could be a moment away from going to the next level,” he added. “So to me, it’s a threat we need to take extremely seriously and respond to with fierce determination and focus.”

Wray expressed confidence in Special Counsel Robert Mueller’s integrity and professionalism in conducting the Russia investigation. He also said he enjoys a professional relationship with the president and denied that morale at the FBI has been affected by Trump’s frequent criticisms of the agency.

“We’re big boys and girls, and we get criticized by all sorts of people,” Wray said. “The opinions I care about are the opinions of the people who actually know us through our work.” And when FBI agents are working on cases of kidnapped children, terrorism, and public corruption, he said, the feedback is generally positive.

“If you watched TV, you would think the FBI has only two investigations going on,” Wray said.

A self-described “low-key guy,” Wray drew laughs from the audience for his brief response to Holt’s question about whether he ever asks former FBI directors Mueller and James Comey for advice.

Wray grew serious when the topic turned to the issue of China.

“China from a counterintelligence perspective represents the broadest, most challenging threat we face at this time,” he said, “because with them it’s a whole state effort. The volume of it, the pervasiveness of it, the significance of it, is something this country cannot underestimate.”

Wray mentioned that there are economic espionage operations having to do with China in all 50 states. China’s goal is to replace the United States as the world’s sole dominant superpower, he said, and as such, theirs is a long-term threat focused on every US industry and every arena of American society.

China represents the broadest, most challenging counterintelligence threat we face at this time.

By contrast, North Korea — though also dangerous and more sophisticated than most people can appreciate — is more one-dimensional in its efforts to generate revenue for the country’s regime through its cyber activities.

Wray discussed the changing face of terrorism, including movements breeding home-grown extremists. A perpetrator could be “one guy at home in mom’s basement, who maybe lost his job, has mental health issues or substance abuse issues, who has been disaffected in some way and has access to the internet and nothing but time on his hands,” he said. “And the reason those people are threats because they’re not communicating with a lot of people, and their attack methods are crude but agile.”

He called on the American public to play a greater role — which they have in particular since the Parkland mass shooting — by identifying and reporting potential threats. Similarly, people should think critically when engaging with today’s volume of often-conflicting information.

“The best weapon against propaganda and misinformation and information warfare is information,” he said. “Don’t believe everything you read.”

In the end, what keeps Wray up at night is not necessarily the long and diverse list of threats his agency is working on now. “The threats I’m worried about are the ones that are coming around the corner,” he said. “We’re so focused on chasing the threat of today that it very quickly becomes the threat of yesterday and not of tomorrow or next year.” 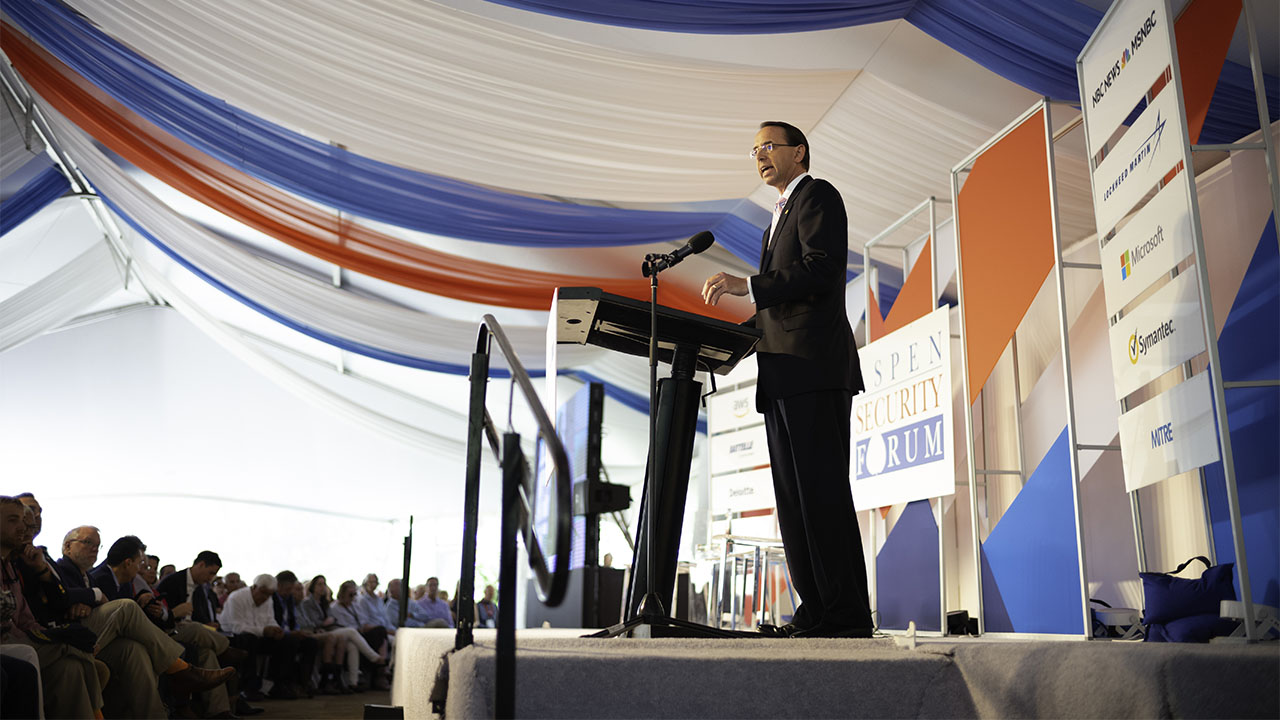