A group of former national security advisors shared their views on the present state of American leadership in the world at a Hurst Lecture Series event. The Aspen Strategy Group brought experts from both Democratic and Republican administrations together in Aspen. Watch select highlights from their discussion below.

Is the US still the leader of the free world?

Historically, the US has been viewed as the leader of a group of democracies with shared values, said Tom Donilon who served as former President Obama’s national security advisor. Donilon called on President Trump to define the nation’s role in defending these values from mounting illiberal and anti-democratic forces.

The bedrock of America’s greatness

Former Secretary of State and national security advisor to President George W. Bush Condoleezza Rice pointed to immigration as the most important factor in America’s greatness. She also reflected on the failures of past administrations to pass comprehensive reform.

Watch what Trump does, not just what he says

Stephen Hadley served as national security advisor under President George W. Bush. He suggested that while the press is quick to follow President Trump’s often outrageous statements, more focus should be put on his actions.

But the president’s words matter

“Words become facts when they come out of the mouth of the president,” said President Obama’s former national security advisor Susan Rice. This is why telling the truth is important.

Condoleezza Rice believes President Trump’s press conference with President Putin at the Helsinki Summit this July was a mistake. She noted that Putin has two modes: humiliate or dominate. “Respect isn’t among them,” she said. 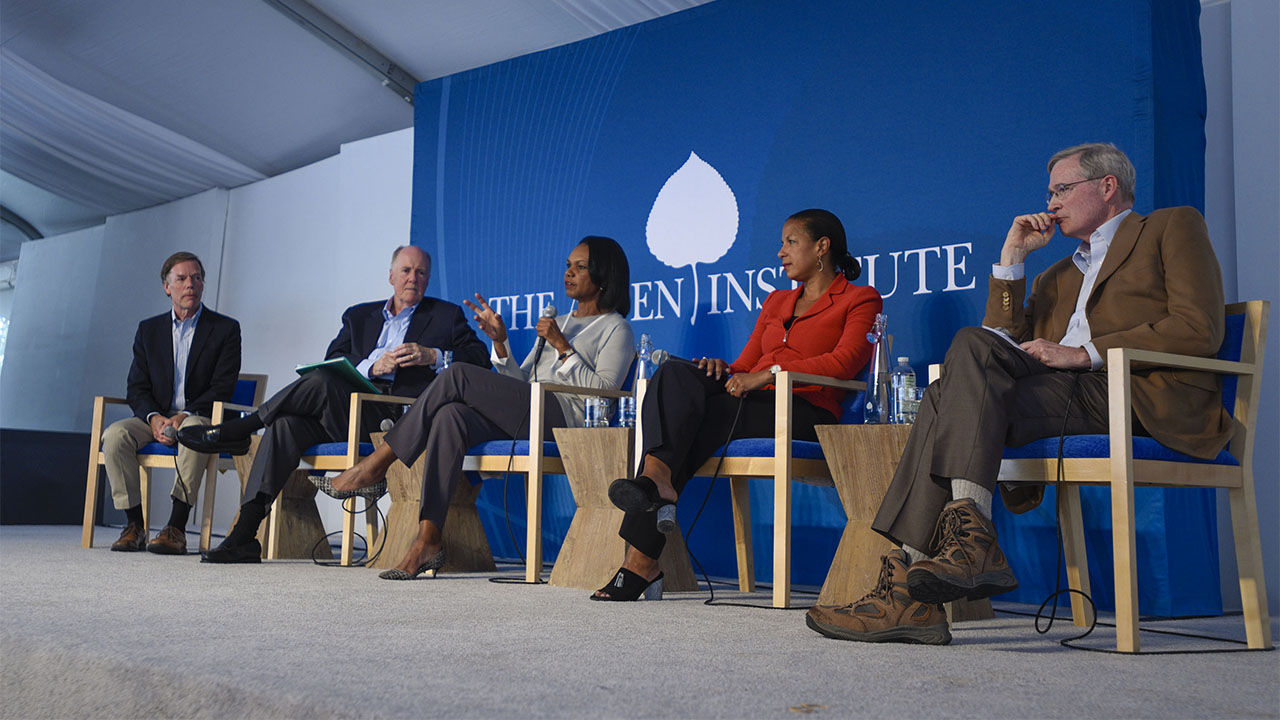