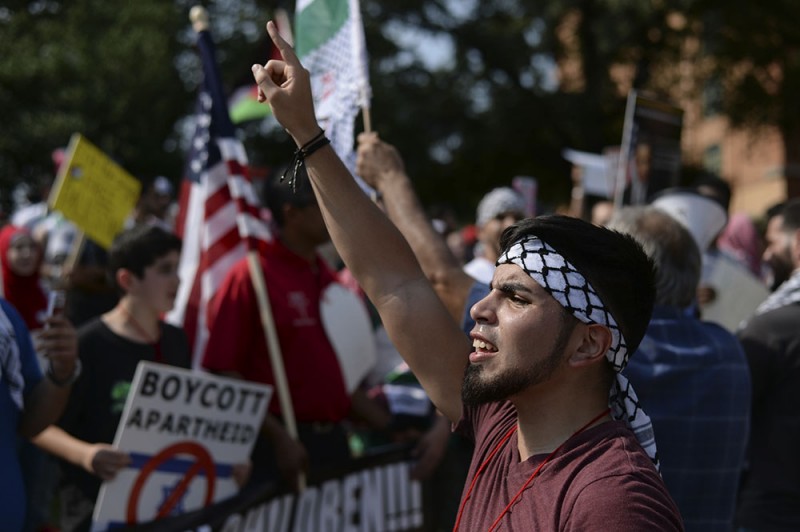 I’ve been struggling with getting my thoughts out — writing, deleting, and re-writing — since I know that what I have to say may upset my Israeli and Palestinian friends alike, as well as their respective supporters. It seems that most people on either side have lost the emotional ability and space to recognize the humanity and suffering of the other.

While this is understandable — given the state of fear and anger, when one has no idea when a rocket, bomb, or bullet will come from above or from the ground, and when one buries family members or friends — it is still critically important to do our best to keep the emotional space to process and empathize.

What We Are Seeing Now

The Israeli Prime Minister, Bibi Netanyahu, does not want a full occupation of the Gaza strip. He does not want the casualties it will bring, and he does not want his legacy to be dragging Israel back into long occupation of Gaza. But, at the same time, Netanyahu cannot go public and ask for a ceasefire, since that will make him look weak politically in Israel. Therefore, he needs to be able to demonstrate that he “wanted to keep beating Hamas, but he was under international pressure to allow a ceasefire.”

That is why US Secretary of State John Kerry’s continuing efforts, despite the setbacks, are very important.

There is a danger in having the population of each side believe there is a military solution to this — that one can defeat the other by force. It keeps a popular appetite to fight and leads us to eruptions of violence every couple of years.

Who Is Right, Who Is Just, And Who Is To Blame

Israelis, Palestinians, and their supporters are obsessed with who is right, who is just, and who is to blame. There is little utility to that. If anything, this “proof” and “evidence” that takes shape in videos, interviews, and references on social media just makes each side climb higher on the tree of hatred and violence. How does winning the PR war help us protect our kids tomorrow?

I watch the funerals, I hear the speeches by mothers, fathers, wives, and girlfriends — unknowingly, they are repeating a pre-prepared script. They are surrounded with love and support, for now. But they have not grasped yet what has just happened to them: that their life has completely fallen apart; that when this war is over and attention goes elsewhere, they will be left alone, with an absolute waste of what life could have been. Babies without fathers, parents without their kids. Devastating and unnecessary.

And this is only on the Israeli side… I don’t even get to see Palestinian funerals. I don’t know if they can even have them. But when I see a picture of a baby injured, I think of my own little baby girl, and my heart hurts.

The current Israeli government was elected on a platform and mantra that there is “no Palestinian partner for peace.” Therefore, the logic went, the Israeli-Palestinian conflict cannot be ‘resolved.’ Instead, the conflict should be ‘managed.’ Thus, after taking power, the government shifted its strategy from conflict resolution to conflict management.

What we are seeing today is a manifestation of conflict management. It cannot always be contained. When it erupts, one must not be surprised. The cruel illusion has been that conflict management was sustainable at lower intensity. It is not. It never is.

Switching back to conflict resolution (which, I am afraid, is a mindset that we are far away from) will require a serious strategic decision. A national recognition that this needs to end, with all the compromises that it might require. I am not even sure whether it is possible to achieve peace at this point, but I refuse to believe that we can settle for this cycle of violence as our future and destiny.

There is no military solution to this fight. The most a military can do is maximize the time it will take the other side to re-arm and rebuild. One year, two years, maybe even three. But when it erupts again, it will be worse. Just like this one is worse than the last. The only long-term solution is a political one.

It is true that Israel cannot negotiate peace with Hamas. Hamas is a violent-resistance terror organization. But Hamas relies on popular support to conduct its operations.

The equation is simple: when Palestinian people believe their future is best served by a political solution, they support the Palestinian Authority, and Hamas has a harder time conducting attacks. However, when the Palestinian people do not see any hope in the political process — one that will lead to their freedom and independence — they put their support behind Hamas. Right now, the latter is what we are seeing.

The above statement was said by former heads of Israeli Intelligence (Shin Bet) repeatedly, brilliantly portrayed in the documentary “Gatekeepers.”

A Note About Emotional Availability

When people don’t have the emotional ability and space to listen and empathize, political debate is futile. I am trying to figure out how to channel my conversations to focus mainly on re-establishing that emotional space. If I’m able to do that, even with only a few people, then I am doing something meaningful, or at least that’s what I’d like to believe.

Michael (Mickey) Bergman is the executive director of the Global Alliances Program at the Aspen Institute.