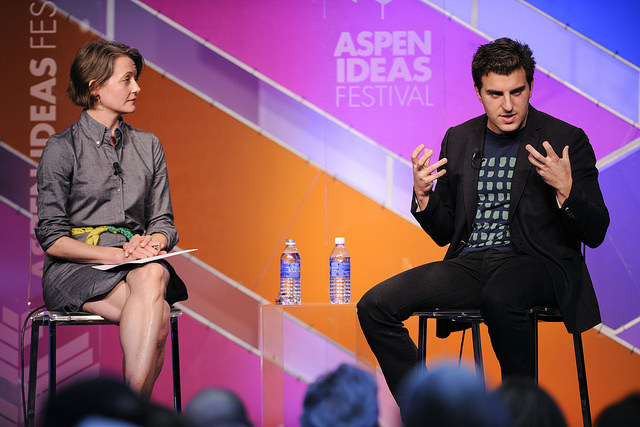 Jennifer Bradley is the founding director of the Center for Urban Innovation at the Aspen Institute. We spoke to her about the new initiative, and some of the exciting new ideas happening in communities around the country.

What was the impetus for creating the Center for Urban Innovation?

It’s really clear that cities and metropolitan areas are the wellspring of innovation in the United States and elsewhere. But at the same time, cities and metros are where we see some of the nation’s biggest challenges, like the growing gap between the rich and poor. So how can the innovative power of cities be directed towards those challenges? Unless we raise this question, innovation, or the “innovation economy,” or the “tech economy,” could just exacerbate racial, income, and geographic divisions.

The Center will identify, connect, and support urban innovators, particularly those who come from or work in underserved neighborhoods. We want to find the people who are making sure that innovation and inclusion are closely linked. We also will support the development and replication or adaptation of urban innovations that will have particular impact in underserved communities throughout the country.

How do you define “urban innovation?”

It’s a work in progress! My working definition is, an urban innovation is a new process, product, or service that addresses a social or economic need that bedevils cities across the country. I’m inspired by the definitions of social innovation that I’ve seen from places like NESTA, a foundation for innovation in the UK, and elsewhere. NESTA defines social innovation as “innovation inspired by the desire to meet social needs which can be neglected by traditional forms of private market provision and which have often been poorly served or unresolved by services organized by the state.”

Urban innovation can come from governments, but it doesn’t have to. Many urban innovators come from philanthropy, community organizations, the private sector, or are individuals with a powerful idea about how to improve the quality of life and economic opportunity for themselves and their neighbors.

What’s one stand-out story of urban innovation that exemplifies the interesting things taking place and would get people hooked on following the future work of the Center?

I have three: The first is Bridj, which is a shuttle-on-demand service that promises the convenience of taxis or car services with a pricetag closer to bus fare. I’d love to see that model replicated across the country and especially in neighborhoods that are radically underserved by transit. As poverty becomes increasingly a suburban problem, services like Bridj could have a huge impact.

The second is DC Central Kitchen, a training program here in DC that turns surplus food into meals for the homeless and work opportunities for unemployed, formerly incarcerated, or homeless people. It’s solving several challenges at once, and shows that innovation isn’t exclusively tech or app based.

Finally, Google.org, the charitable arm of Google, has recognized a small non-profit called Hacking the Hood, which teaches low-income young people to create websites for neighborhood small businesses. This puts technology directly in the hands of underserved people and uses it as a tool for empowerment, not division.

But I’m even more excited about the innovations that will improve the DC region that will emerge from the Institute’s new DC Urban Innovation Lab. The Lab will host six urban innovators in residence. These innovators will be building new businesses or organizations that focus on solving specific problems in the DC region, such as K-12 education, employment pathways, food justice, health, affordable housing, public space and infrastructure, and social enterprise supports. The lab will allow the Institute to support specific enterprises.

Your Twitter account is a great hub for all things exciting about cities and innovation. What are two or three articles or websites you recommend people check out?

I try to check in on NextCity, the blog CityLab, and Rockefeller’s 100 Resilient Cities blog every day. Two books that are really shaping my thinking as I build out the Center are Victor Hwang’s “The Rainforest,” which explains that innovation is a result of networks and relationships — it’s not a top-down process, and “Searching for Necessity” by a design consultancy called TomorrowToday, which identifies amazing community based innovation work across the country. And even though it’s not directly related to my subject area, I love anything that comes from Designers and Books.