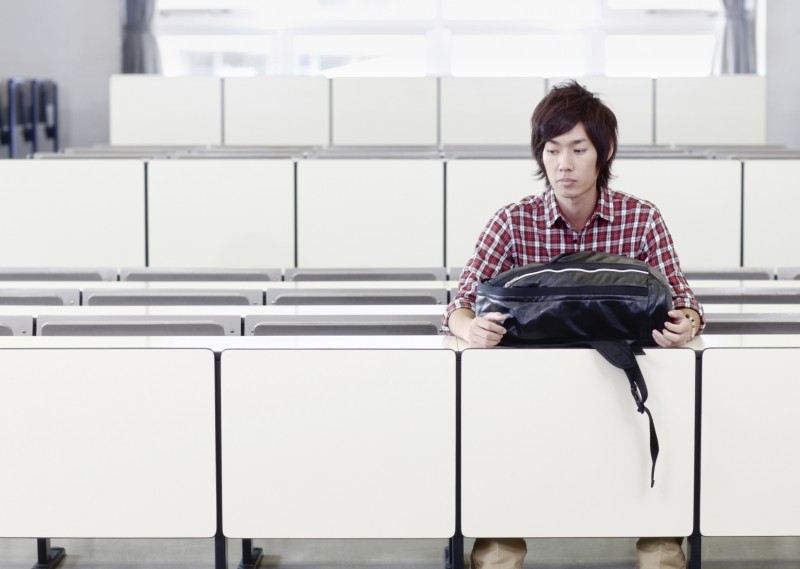 According to a recent Bloomberg “Chart of the Day,” the cost of higher education in the United States has increased by 1,225 percent over the last 36 years, compared with a 634 percent rise in medical costs and a 279 percent increase in the consumer price index. Tuitions continue to climb while public financial support diminishes, forcing prospective students to seek loans that, at best, won’t see a return on investment (the unemployment rate for 25-34 year-olds rose to 6.6 percent in July, compared to the 6.2 percent rate for all groups). At worst, it will result in a detriment to their financial success and ultimately, the future of our nation’s economy.

How will the increasing cost of higher education affect the future of our society? The concerns are multifaceted: The burden of a sizable student loan may influence career choices and yield a risk-averse generation burdened by debt. Additionally, the high cost of education may deter high school graduates from wanting to go to college at all.

Community members in Aspen, CO, recently took on this issue during the launch of a new four-week Aspen Community Program Series called Our Society Reimagined: Exploring New Ideas. The seminar gives participants a chance to engage in non-partisan discussion and debate regarding the future implications of technology and innovation.

The debate focused on the pros and cons of a four-year college education and solutions for students and their families to generate funds to pay for it in today’s more conservative socio-political climate.

“I am an advocate for [everyone to attend a] four-year college,” said Dr. Kathy Klug, who holds a PhD in education and has worked for the Aspen School District for 20 years as an educator and college counselor. “A dramatic increase in college graduates is essential for our country. The only people who shouldn’t go to college are those who don’t want to.”

“In order to have a better operating citizenry, you must have education,” Klug continued. She argued that the financial demand for a four-year college education can be met with “creative financing” and that between scholarships and loan programs there are a multitude of resources available.

“I tell my students to put some skin in the game and take out a loan,” she said. “Find a way to invest in yourself. There are plenty of lending plans out there to make four-year college a reality,” she said.

Denali Barron, a naturalist and educator at the Aspen Center for Environmental Studies and Princeton graduate, described the notion that a liberal arts education is the only avenue to success as “a terrible distortion.” “A four-year college is not a magic bullet,” Barron said. “Yet it is engrained in us from a very young age, this cultural perception that having a prestigious college on your resume is your ticket to great opportunity. This is not true; it is not supported by facts.”

The dropout rate at the University of Colorado at Boulder, for example, is 25 percent, said Barron. Forty-four percent of recent graduates with a bachelor’s degree or higher were in jobs that didn’t require a bachelor’s degree. Barron explained that college loans cause huge financial strain and pressure graduates into taking jobs they don’t want, therefore creating a generation that is risk averse, less innovative, and chronically in debt.

“The high cost of a four-year college should be a deterrent,” she said. “We need a working class in this country. We need to teach people to support themselves as they pursue their goals and interests. And we need to de-stigmatize alternatives to four-year colleges, like vocational schools and certification programs, and reimagine different ways to create an informed citizenry.”

The discussion participants suggested a variety of solutions to addressing this issue:

Participants agreed that some kind of secondary education, be it a four-year college, vocational/tech school, or community college, is necessary for the future of our society — it’s just a matter of figuring how to pay for it.

“It’s abhorrent for a child to leave school because of a fear of debt,” said Donald Flaks, a retired electrical engineer who studied at Rensselaer Polytechnic Institute. “We used to say, ‘After college you’re on your own.’ Now we’re saying, ‘After college you’re on your own with debt.’ It’s totally unacceptable. We have to work out a way to pay for higher education in this country, just like we pay for high school.”

Our Society Reimagined: Exploring New Ideas is part of the new four-week Aspen Community Program Series. It is designed as a forum for community members to gain insight into specific issues facing our society today, as well as research viable solutions to these issues. Visit our event calendar to learn more.