Widely quoted across Indian country but missing from most mainstream media was the remarkable speech given by First Lady Michelle Obama at the White House Convening on Opportunity for Native American Youth earlier this year. Mrs. Obama spoke about what she and President Obama saw when visiting the Standing Rock Sioux Indian Reservation in June last year. That visit opened their eyes to the difficult living conditions Native youth endure and inspired them to establish Generation Indigenous, an initiative to bring more resources to Native youth and their families. Mrs. Obama initiated a conversation about the needs of Native communities when she acknowledged, “Folks in Indian Country didn’t just wake up one day with addiction problems. Poverty and violence didn’t just randomly happen to this community. These issues are the result of a long history of systematic discrimination and abuse.”

Mrs. Obama also acknowledged the damaging impact of boarding school policies that were designed to eradicate young Natives’ tribal identity. Boarding schools are literally the tip of the iceberg when examining the adverse impact of educational systems on Native peoples — they are the most visible element of a devastating system. Less visible but just as damaging are curriculum content and teaching practices in public schools and even reservation-based tribal schools that refuse to honor Native history and contemporary knowledge or teach to the learning styles of Native students. Also invisible are the policies that penalize children and their families for failing to adapt to the public education system. Other harmful school policies include truancy laws that don’t allow for student absences due to tribal ceremonies and the prohibitions on adorning graduation regalia with feathers or beadwork from their tribal cultures.

Instead of building cultural and social capacity or teaching Native students to adapt in culturally responsive ways, the American education system was designed to suppress tribal identities. In the late 1960s during the movement to support civil rights and access to education, American Indian and Alaska Native leaders determined that primary through post-secondary education institutions could not serve their needs. Their students needed institutions that supported tribal identity, addressed academic deficiencies and tackled the lack of quality education experiences and sense of displacement tribal students often felt when living and studying far from their communities and homelands. To meet this need, these leaders established tribal colleges and universities to be controlled by tribes on Indian reservations.

Research shows that a culturally relevant education that provides instruction in Native languages, history, and contemporary issues increases the likelihood that a young Native person will stay in school. Access to a student support system and institutional practices that honor Native identity also helps further that goal. Still, tribal colleges and universities operate in impoverished and isolated conditions. Despite these challenges, they persevere because of the dedication of their faculty and staff to serving their communities. In many cases, their students credit the tribal colleges with saving their lives by helping them to heal historical wounds and giving them the knowledge, skills and confidence to succeed and become productive citizens through a culturally responsive curriculum taught by high-quality teachers who are supportive of their Native identity. 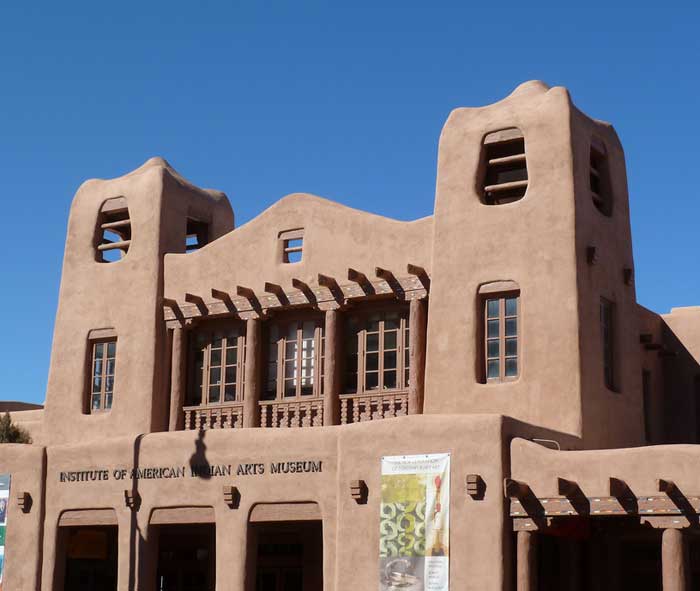 The Museum of Contemporary Native Arts at the Institute of American Indian Arts, a Tribal College in Santa Fe, NM. Photo from Flickr used under Creative Commons.

Financial investment in tribal colleges must increase to bring about positive change in Native communities. There is considerable evidence that by training teachers, entrepreneurs, health care workers, and tribal leaders, these colleges empower individuals and strengthen Native communities. There is also a need for mentoring and leadership rooted in traditional tribal knowledge and values.

Since the beginning of time, tribal people have taught subsequent generations to maintain their identity and culture and provide for the well-being of every community member. This tradition was continued with the creation of the tribal colleges. Today these innovative institutions educate successful business people, educators, nurses and scientists to make a difference in their communities.

To meet the future needs of their communities while providing Native youth with hope for a better future, we must increase the capacity of tribal colleges. We can change the living conditions on Indian reservations by improving access to these affordable, innovative higher education institutions. Tribal colleges and universities teach their students and communities to honor the past, live well in the present, and lead their people toward a better future.