As of today, President Donald Trump and Speaker Nancy Pelosi seem to agree that phase four of the COVID-19 stimulus package should be a comprehensive infrastructure bill, though it is less clear if Senate Majority Leader Mitch McConnell agrees. Many on both sides of the aisle believe that infrastructure spending needs to be increased to provide for long term prosperity and growth in the US. In fact, the US has been talking about a big infrastructure bill since the country emerged from the depths of the Great Recession. However, Congress hasn’t been able to come to an agreement, setting the country on a very different trajectory. According to Brookings, infrastructure spending in the US has been on the decline for a decade despite the fact that spending on old infrastructure upgrades and repairs has increased.

So what should a $2 trillion infrastructure bill look like? This infrastructure bill and stimulus package should place emphasis on job creation and addressing critical infrastructure needs such as roads, bridges, and transportation. These provisions would assist economic recovery while helping to make up for a half-century of under-investment in critical resources. But it should not stop there.

From a sustainability perspective, it is important that the foundation of this bill be focused on achieving long-term resilience. COVID-19 has presented an important lesson that we can learn from: band-aid fixes time after time to foundational pillars of our society will create deep cracks, exacerbating the impacts of crises such as the one we are currently facing. If our policies (infrastructure, healthcare and tax reforms, among others) focus on long-term resilience, our nation will be better prepared for times of great adversity.

Here are some ways to achieve long-term resilience:

One of the lessons from the 2009 American Recovery and Reinvestment Act (ARRA) was that there are saturation limits to the amounts of money the system can absorb. For example, highway spending in ARRA was for 2009 only, but those dollars were spent over almost four years, keeping the actual levels of spending fairly level. The system couldn’t absorb all of the funding, hire all the workers, and start all of the projects immediately. There was a ramp-up period needed. This begs the question, which jobs are ‘shovel ready’ today? Some lay in the construction sector to retrofit the US building and housing stock. If the new infrastructure bill includes funding for modernization, retrofits, and general building efficiency projects it could create hundreds of thousands of jobs all across the country for an industry that will largely be idled by a recession. Other job creators include funding for fixing our ailing roads and bridges, building and retrofitting our schools, and building new energy infrastructure like new-generation transmission and distribution and electric vehicle charging infrastructure.

2. Invest in our safety

All infrastructure funded in this bill needs to meet minimum resilience requirements that look forward to mid-century. Coastal communities, in particular, would greatly benefit from big investments. The most helpful investments, however, are not necessarily a money dump. Solutions and technologies to address many coastal resilience issues exist, but the resources to scale and implement those solutions are lacking. Targeted and thoughtful financing of these solutions can create opportunities for continued collaboration and coordination with a specific emphasis placed on pre-disaster efforts as opposed to spending intended to stop the bleeding post-disaster. Regional Resilience Hubs located around the nation with federal funding to support the most innovative solutions and to work with state and local governments would also be a valuable capacity addition to FEMA and would allow more pre-disaster planning as well as quicker response post-disaster.

3. Invest in the things that sustain life: food and water

Farmers are struggling to make ends meet, and the recent trade war with China, droughts, floods, and now COVID-19 are only making it harder to keep farms from going under. The infrastructure bill should provide grants and no-cost funding for farmers to purchase new equipment, adopt new practices, and make their production more efficient. These financing options should incentivize climate-smart agricultural practices such as no-till farming and cover crops that can help keep farms resilient while increasing productivity and maximizing other co-benefits.

In addition to food, this infrastructure bill should address America’s water systems, which are aging and in many places in disrepair. For the past 40 years, water infrastructure has received a smaller and smaller share of total infrastructure funding, with per capita spending by the Federal Government decreasing significantly, leaving states and localities to try to make up the difference. American Water Works Association estimates that $1 trillion are needed to maintain and expand service to meet demand over the next 25 years. This bill should include significant funding to address this deficit in capital, investing in the systems that provide clean drinking water and sanitation services like public water distribution systems and wastewater treatment plants.

This infrastructure bill should include a rapid increase in funding for research, development, and deployment of clean energy technologies through the federal government, and especially in the jewel of our national research system, the National Labs. Funding for new technologies like carbon capture for natural gas, cement, and steel production, advanced and small modular nuclear power, advanced renewables, new storage technologies, hydrogen for transportation and heat, and carbon removal and ‘carbon tech’ should be prioritized. Department of Defense funding for energy technologies should also be massively increased, as the military is often the first-user of new technologies. Overall investment in RD&D should be at least quadrupled with a focus on technologies that can be deployed over the coming decade to help rebuild our energy system for the rest of the 21st century.

While these suggestions are by no means exhaustive, they are meant to provide a starting point to build from. The foundation of our country is being tested—both literally and figuratively—and action must be taken to ensure long-term resilience and strength for many decades to come. Congress has an opportunity to draft an infrastructure bill that not only addresses the immediate needs of job creation and infrastructural repairs to help the nation bounce back quickly but also to unleash co-benefits that will strengthen the long-term sustainability and resilience of the country. 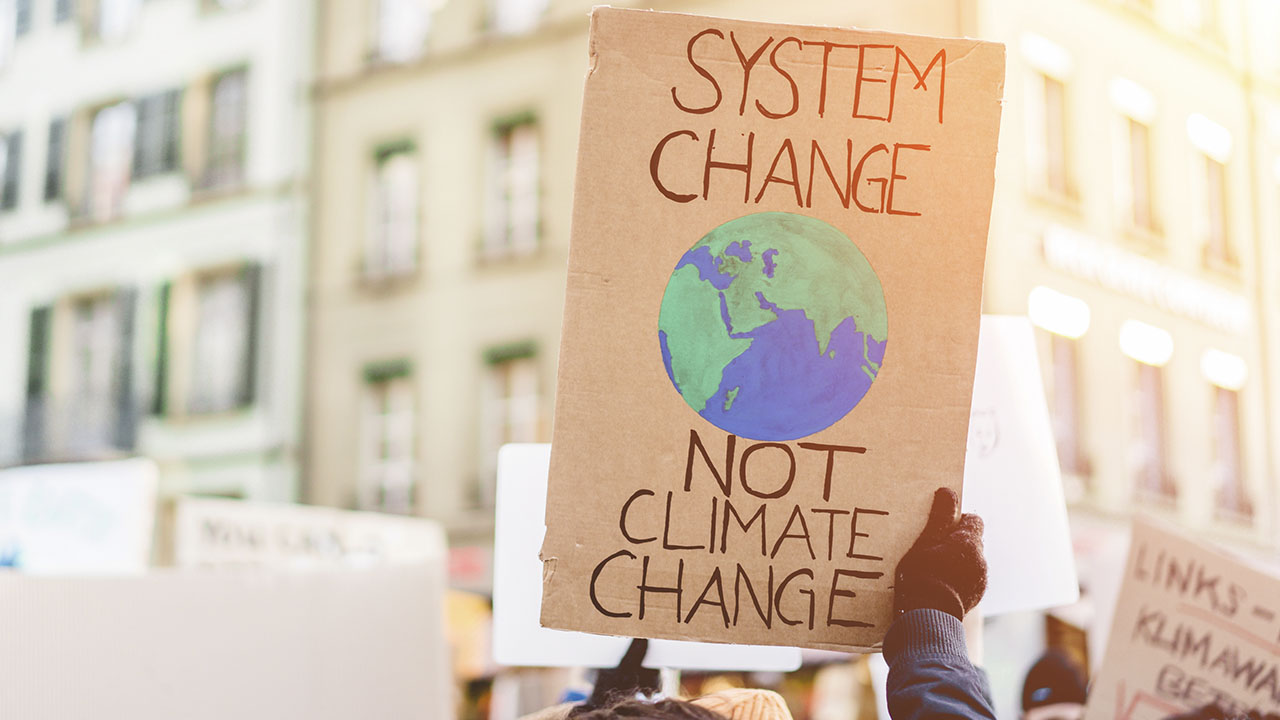 Climate Change
What This Crisis Can Teach Us About Climate Action