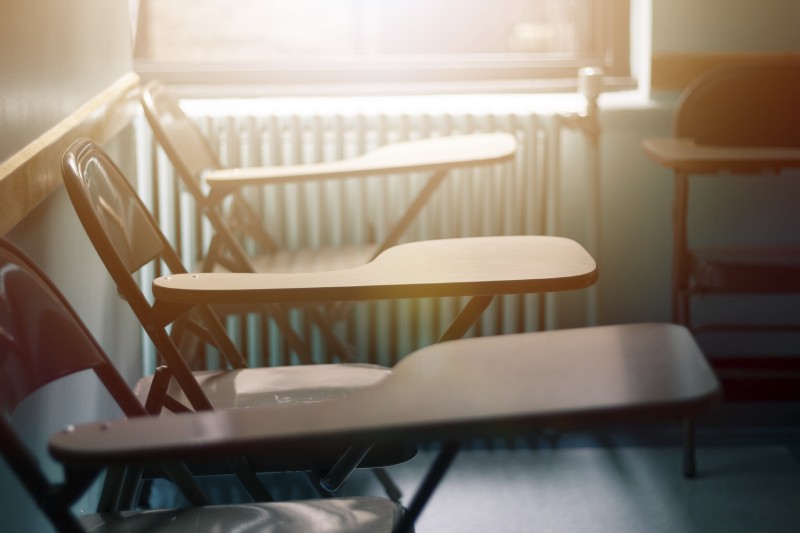 Millions of Americans are inspired by Lt. Col. David Oclander, who retired from a very distinguished military career to teach and mentor high school students in Chicago, Illinois. His story is recounted in the new book “For Love of Country” and captured poignantly in a short film that aired during the Concert for Valor on Veteran’s Day.

We can all learn from Oclander’s profound morality and leadership and sense of duty. We can also learn from the structure and culture of the school where he works, which is part of the Noble Network of Charter Schools in Chicago. The Aspen Institute Education & Society Program, in partnership with Leading Educators, recently published profiles of teacher-leadership roles across the country. Noble Network’s Pritzker College Prep High School was included because their efforts to build teacher leadership pathways contain lessons that can be adapted and applied to improve the faculty culture and climate — and student achievement —in schools all across the country. 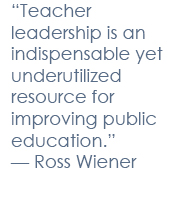 The Noble Network educates Chicago students — overwhelmingly low-income students of color — to succeed in college and beyond. Noble Network schools emphasize culture as a key driver (similar to the military and other high-performing organizations) of its success. The results are impressive: the students in these Network schools have consistently improved ACT scores, outpacing other Chicago schools and closing the gap with peers statewide, and over 90 percent of graduates go on to college.

In pursuit of its culture of high expectations for students in academics, behavior, and character, the Noble Network empowers teacher-leaders to take significant responsibility for establishing and reinforcing a strong culture among the adults in the school.  Noble Network leaders recognize that its chosen culture of discipline and consistency needs to be modeled in every classroom, every day. Because this demands intensive monitoring and reinforcement, Noble Network has created additional and important leadership roles to augment the role of the principal. The resources afforded to culture in the Noble Network, and the reliance on teacher-leaders to ensure the day-to-day work reflects the vision, distinguish its work and make it worth studying.

Teacher-leaders have meaningful roles within Noble Network schools. Grade-level leads in particular are responsible for ensuring their team of teachers and students reflects the deliberate culture of the school. Traditionally, grade-level chairs exercise mainly bureaucratic and administrative responsibilities, with most important decisions continuing to come from the top down. Grade-level leads, on the other hand, are described as “mini principals” because they exercise significant leadership and management responsibility. For instance, grade-level leads establish goals and priorities for their teams for the year (including setting discipline policies for specific infractions, which are then expected to be consistently applied across the team); organize and facilitate weekly team meetings that monitor progress and determine mid-course corrections; and provide one-on-one coaching and mentoring for other teachers on the team.

In addition to leading their own grade-level teams, grade-level leads keep the principal apprised of issues and challenges and serve as a sounding board for new ideas. By providing a conduit between classroom practice and overall school leadership, grade-level leads support a healthier, more responsive culture. Noble Network created these teacher-leader roles rather than creating more full-time administrators because they wanted leaders to have the unique perspective and credibility with peers that comes from teaching in the classroom.

Furthermore, these roles are proving grounds for emerging leaders. Noble Network is clear that succeeding as a grade-level lead is a stepping stone to becoming a dean, principal, or going into network management. In this way, Noble Network is modeling practices in talent development and career progression that are common in other fields.

Teacher leadership is an indispensable yet underutilized resource for improving public education. Just as Oclander rose through the ranks in the military as he demonstrated leadership, he is now on the fast-track to become a principal in the Noble Network of charter schools.

This deliberate distribution of leadership and the cultivation of emerging leaders is still too rare in traditional public schools. The Aspen Institute is committed to elevating these issues and supporting system leaders and policymakers who want to make public education the most dynamic and rewarding place for great leaders. Visit our report “Leading from the Front of the Classroom” to learn more.

Ross Wiener is vice president and executive director of the Education and Society Program at the Aspen Institute.