Last night at our Annual Awards Dinner in New York City, the Institute honored former Representative Gabrielle Giffords with the Henry Crown Leadership Award, in recognition of her commitment to civility in public discourse, and the grace and strength with which she has represented that imperative in the public eye. Giffords was a member of the inaugural class of Aspen Institute Rodel Fellows, and shortly after the 2011 assassination attempt that nearly claimed her life, her Rodel classmates took to the Huffington Post to honor her passion for civic engagement. Her classmates allowed us to include their tribute in the Summer 2011 issue of the Aspen Idea, and we found it only fitting to share it again this morning. We were proud to honor Gabby last night, and remain inspired by her patriotism, and buoyed by her belief that a common cause unites us more than that which divides us. 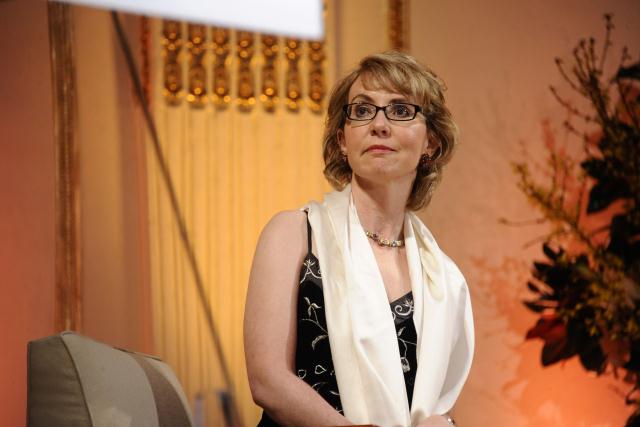 On the Front Porch with Gabby: And How You Can Join Us

Six years ago, the Institute invited 16 of us to take part in a new program. The Rodel Fellowship was created to explore the responsibilities of public leadership; advance thoughtful, civil, bipartisan dialogue; and help America’s young leaders achieve their fullest potential in public service.

Gabby became our beloved friend—our sister. Her political skills are undeniable. But what distinguished her the first time we met, and ever since, is her passion for civic engagement. At our very first session, Gabby lamented the advent of the automatic garage door: how our new practice of shutting ourselves into our homes and insular lives has denied us—and society—the simple pleasuresand communal benefits of the front porch. “We don’t spend enough time talking to our neighbors,” Gabby remarked in our first class. “We need more front porches—more open conversation.”

We returned to that theme over and over again in the years that followed. Each of these meetings renewed our faith in public service. For Gabby and the rest of us, these discussions provided not only a welcome respite from the harsh political climate but a chance to change the climate itself.

That is our challenge now.

We don’t know precisely what motivated a gunman to open fire in Tucson, wounding and killing so many innocent people. But we do know that no good can come from the fear and anger that have poisoned our political system on both sides of the ideological divide. We know that democracy demands vigorous and honest debate. And we know that neither violence nor the threat of violence has any place in that debate.

As Gabby wrote to one of our classmates on the eve of the assassination attempt against her, “We need to figure out how to tone our rhetoric and partisanship down.”

Our democratic discourse has been derailed. Political opponents become enemies. Cries of tyranny and treason, once reserved for revolutions, are now a commonplace call to arms. Civility in American politics is not dead; it simply is being drowned out by the louder, angrier shouting in the arena.

That’s why we plan to reconvene and broaden our mission: to design and develop concrete programs that will promote a more civil democracy. Moving from talk to action will be challenging, given the current state of affairs. But, with five new classes of Rodel Fellows, we are now more than 125 strong, representing a broad cross-section of government and a new generation of Americans who are demanding more responsible leadership.

We ask you to do your part as well. As a tribute to Gabby, attend the next political town-hall meeting in your community. Communicate with your elected officials. Ask your school board to include more civic education. Stand up to those who stoke division for their own selfish ends. Participate in our magnificent, pluralistic society—without fear.

And the next time you get home from work, school, or errands, take Gabby’s advice: Spend some quality time on your front porch. Bring out the whole family and engage your neighbors. Only when we each take steps to truly honor the universally shared moral principle—to love your neighbor as yourself—will we have the kind of civil society to which we all aspire.