In this election year Americans are as deeply divided as they’ve been in decades. We are glum about virtually all of the major institutions that are supposed to bring order and prosperity to our lives—big business and government. At a time of significant needs, how do we find the kind of common cause that built our national highway system, brought electricity to a vast country, put a man on the moon, created the internet, and defeated fascism?

Surprisingly, the onramp for change may be found in the party platforms of both Republicans and Democrats.

This from the Republican Platform:

“America’s infrastructure networks are critical for economic growth, international competitiveness, and national security. Infrastructure programs have traditionally been non-partisan; everyone recognized that we all need clean water and safe roads, rail, bridges, ports, and airports.”

And from the Democrats:

“We will put Americans to work updating and expanding our roads, bridges, public transit, airports, and passenger and freight rail lines. We will build 21st century energy and water systems, modernize our schools, and continue to support the expansion of high-speed broadband networks.”

Is it possible that the widely shared desire for investment in critical infrastructure—a priority that crosses party lines—could unite the Left and Right and help move us forward as a nation?

The US used to be the envy of the world for our Interstate highways and universal access to public goods like electricity. We were admired for our commitment to education, science, and research. The US now ranks 25th in the world on the quality of its infrastructure. The decline in basic science research threatens America’s leadership in technological innovation. China is set to surpass the US in total investment in basic science research by 2019.

Is it possible that the widely shared desire for investment in critical infrastructure—a priority that crosses party lines—could unite the Left and Right and help move us forward as a nation?

There’s broad agreement that reversing these trends is good for job growth and shared prosperity. Taking an aggressive step towards fixing our bridges and water systems, upgrading our airports, power grid, and mass transit should be a no-brainer.

Of course, it’s more complicated than that. To reboot our infrastructure, America also needs to repair its system of long-term investment. Lagging infrastructure investment is a window into a more complex set of issues, including short-term pressures that work against business investment. Despite record profitability, fixed capital investment by America’s corporations is at its lowest average since 1952. 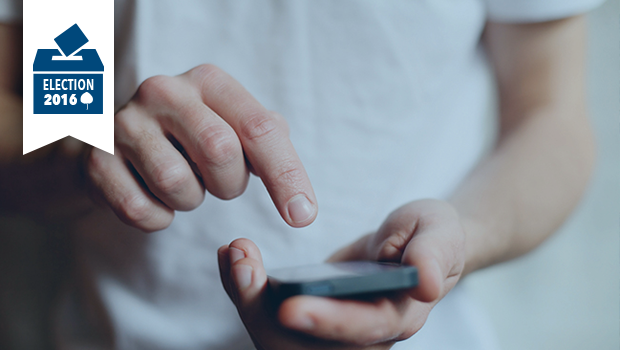 Workforce Development
The Future of Work

Short-termism is baked into our tax system and is evident in the decisions, regulations, and rules that govern corporations and capital markets. To fix the system means rethinking the metrics and incentives that make it more attractive to buy back shares of stock rather than invest in worker training. It requires significant changes to the international system of taxation that parks cash off shore rather than invest in jobs at home. And it means reversing the incentives that exist for short-term profit taking over the kinds of investments in basic research needed for transformative innovation and breakthroughs—like the research once conducted at Bell Labs and Xerox PARC that fueled todays’ tech sector.

The need for enhanced infrastructure is at a crisis point and the issues involved are complex. But the challenge of identifying, and adopting, supportive policy is by no means insurmountable—and like all crises, there is both challenge and opportunity in the mix. The next president is in a perfect position to turn the tide on short-termism and reignite the incentives for long-term thinking.

There are three parts to a plan of action:

So what can we actually dream of doing in this election year?

These goals are broadly shared and defy politics as usual. The ideas in play come from many sources but require more conversation and debate across both the public and private spheres. Bipartisan agreement on the need for enhanced infrastructure is a perfect opportunity to start a national dialogue on how to make America the global leader in long-term investment. The time is ripe for change—the crisis is too good to waste.