On the eve of the inauguration, #1 New York Times-bestselling author Azar Nafisi travelled to Aspen for the 20th Anniversary Winter Words author series, hosted by Aspen Words. Drawing on her experiences as a teacher, writer, and reader in Iran and in the United States, Nafisi discussed the role of literature in resisting tyranny and safeguarding democracy. Her mission aligns closely with the goals of the newly launched Aspen Words Literary Prize, a  $35,000 annual award recognizing fiction with social impact, and her remarks underscored the transformative role of literature in expanding perspectives and encouraging social change. The following excerpt is from the introduction to her most recent book, The Republic of Imagination, which mixes memoir with literary criticism, social commentary, and close readings of her favorite American novels to make a case for the importance of fiction in a democratic society.

Life after a totalitarian revolution is not unlike a day after a cyclone. The air may be crisp and brilliant, but there is plenty of debris around to remind us of what is missing. You have to ask yourself, Where should I start to pick up the pieces? In a country as ancient as Iran, telling stories has been a time-tested way of resisting political, social and cultural invasion. Our stories and myths became our home, creating a sense of continuity with a past that had been so consistently plundered and obliterated. For many of us, lighting out was the only way to survive; it was not always possible or desirable in a physical sense, but we could escape through the realm of imagination and ideas.

Home! How deceptive and fragile that enticing concept can be. For an immigrant, any new country is always conceived either negatively or positively in light of the country left behind. For me, my new home was always firmly rooted in its fictional landscapes. All I had left from my beloved Iran was the portable world of memories and literature that my father had taught me to appreciate. I knew when I left (and nothing has happened since to change this view) that it was the only world upon which I could safely rely.

It was in Iran that I discovered the close relationship between individual rights and the right to free expression, the indispensability of a democratic imagination. My students might have been opposed to (with some justification) or ignorant of America’s policies, but they celebrated its music, its films and its literature. It seems right to me that the fiction of one country should kindle one’s understanding of another—not the “other” captured and domesticated by certain academic theorists and guardians of political correctness but that living, breathing other that Atticus alludes to in To Kill a Mockingbird when he says, “You never really understand a person until you consider things from his point of view . . . until you climb inside of his skin and walk around in it.”

Difference is always celebrated in literature, but the cult of difference can become dangerous when it is not accompanied by that shock of recognition and the realization of how alike we are—that, despite our differences, our hearts beat to the same rhythms and we are all capable of the best and the worst. It is this realization of our shared humanity that makes it possible for people to make their home in another country. Exile always entails a sense of loss. Home is not home anymore, but in time a different place offers up the potential for new memories and relationships.

When I left Iran for good and came to America with my family in 1997, I had so much to be grateful for. My husband, Bijan, found a job working as a civil engineer, and I enrolled my children in the local public school. We bought a house, and I was offered a job teaching at the School of Advanced International Studies at Johns Hopkins University. At first I reveled in my newfound freedom: at last, I could craft my own curriculum without having to worry that the dean would call me in if my hair slipped out from underneath my headscarf, or for my unorthodox and casual behavior toward my students, or the unsavory books I taught. But nothing is as simple as that—there were new challenges and new ideologies as fiercely and rigidly defended as any in Iran. Like all ideologies, the one I now found myself confronting depended on a simplification of reality and a generalization of concepts—looking to complacent, ready-made answers and inviting little self-questioning. What had started as a serious theoretical questioning of authority had by now become an easy formula, applied to both literature and reality. From this perspective, nothing that pertained to old norm and judgments would be tolerated. Classic texts were now suspect, symbols of scorned elitist orthodoxy. Eighteen years had passed since I had finished my doctorate in America, and many of the English and American writers I had taught in Iran had not fared well in my absence. Here too they had been tried and judged and found wanting.

Living under the Islamic regime’s black-and-white system, my views had become more complex and nuanced. I drew closer to the fiction I so loved, in which everyone was granted a voice, even the villain. Students who disagreed with my political views—and who, being in a place of power, could have denounced me because of my unruly habit of voicing those views—would come to my office to talk about Bellow or Nabokov, Ibsen or Austen. I had stumbled on a way to communicate with people who otherwise would never have approached me. That changed my life and my attitude toward life. It turned something that had been a private passion into a more urgent calling, which I felt I could no longer keep to myself. I came to see my passion for books and reading as intimately connected to my life as a citizen, as a teacher, as a writer, and felt I had a responsibility to articulate and share it in a public manner. This was one reason why I wrote Reading Lolita in Tehran. I wanted to share the gift my students had offered me. But there was also another reason. When I was asked what Iranians thought of Americans, instead of spouting hackneyed truisms, I thought I might tell the story of that young girl, a young Muslim girl, in fact, who had never left Iran but who wrote poetry in three languages and composed one of the best essays I have ever read by a student on Virginia Woolf and the Impressionists.

I was expected by some in academia to talk, teach and write as a woman from Iran, with a particular position on the “West” and the “rest.” From this point of view, literature was mainly a reflection, a handmaiden, a means to a political and ideological end, and that meant that if you came from Iran, you could not love Emily Brontë or Herman Melville—a condescending view of Iran and Iranians, if ever there was one. I felt like saying, “Go and tell that to my students in Iran! Tell it to my fellow Iranians, whose supreme leader was so afraid of the power of literature that he condemned a writer to death, a writer whose only weapons were words!” True equality is not an invitation simply to talk about ourselves, to boast about ourselves or present ourselves always as victims.

I wanted people to know that Iranians, real Iranians, are not some exotic other.

We resist victimhood by choosing who and what we want to speak about, and what is more expressive than a young Iranian girl who has never left the Islamic Republic speaking with insight and passion about Virginia Woolf? Does that detract from her loyalty to her own culture, or does it reveal her confidence in herself and her ability to transcend the proximate circumstances of her life and upbringing?

I wrote Reading Lolita because I wanted people to know that Iranians, real Iranians, are not some exotic other, a product of “their culture,” but that we too are people, like the rest of you. Some of my students were religious and some were not; some were orthodox Muslims and some were secular Muslims; some were Baha’i or Zoroastrian, and there were some who hated religion and some who died for that belief—while some never thought of religion at all. I wanted to show the world that the Iranian youth, the students I was in close contact with for eighteen years, when deprived of access to the world, communicated with it through its golden ambassadors, the very best it could offer: its poets and novelists, playwrights, musicians and filmmakers.

After the success of Reading Lolita, I was invited to speak to groups all across the United States, in red states and blue, big cities and small. At first the invitations were mostly from colleges, and then book festivals, museums and civic associations, and a wide variety of different high schools like City Honors School in Buffalo, Thomas Jefferson High School in Virginia, Spence and Choate and the Bronx Academy, where through the enthusiastic efforts of one teacher, Amy Matthusen, each year for the past three years I have held a question-and-answer session with her class. In San Antonio, a young woman told me that she was an elementary school teacher and that the art class had recently been dropped and her students shared a music teacher with another school. She herself worked as a part-time librarian to make ends meet. She said this with a smile, partly resigned and partly in protest. In Baltimore, at a book festival, a young Latina girl told me she had come with some of her high school classmates. “Our school is poor, you know,” she said, hesitating a little, knowing that I did know. “But I am going to teach English,” and her mischievous friend behind her said, “Yeah, that’s what it’s all about, isn’t it?”

Some came with gifts: a small arrow from New Mexico, a tiny box, a picture book. And as I talked to people old and young, to doctors and soldiers, librarians and teachers, and began to confide my secret desire to connect readers all over the world and engage them in a meaningful dialogue—when I told them about my dream of creating a Republic of Imagination and invited them to join me in a march on Washington so that we would fill the space between the Jefferson Memorial and the Lincoln Memorial, going past all of the war monuments and the jewel in America’s crown, the Smithsonian, and spreading all the way out toward the Library of Congress and the White House, ending in front of Congress, where we would ask, “Who is going to bail out imagination”—many came up to me afterward and said, “How can I help?” “What can I do?” I found a nation of readers, large and small, old and young, rich and poor, of all colors and backgrounds, united by the shared sense that books matter, that they open up a window into a more meaningful life, that they enable us to tolerate complexity and nuance and to empathize with people whose lives and conditions are utterly different from our own. 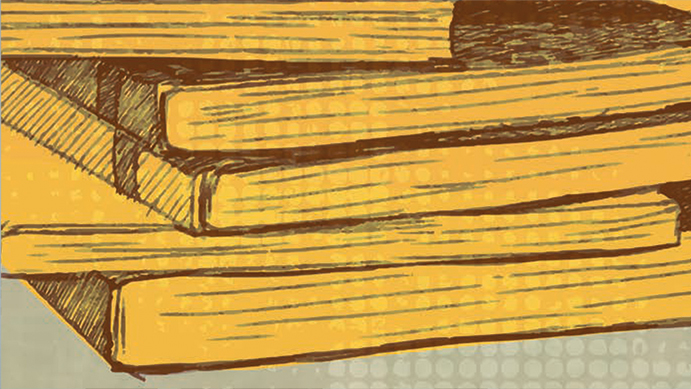 Literature
Can Literature Save Us? And Why Do We Need Saving?