Every four years, when the presidential election rolls around, clergy of all faiths face a dilemma: While they want to talk to their congregants about the moral values and issues that matter, and get “souls to the polls,” they do not want to violate the Johnson Amendment, a provision of the US tax code that precludes pastors from endorsing candidates for public office due to the tax-exempt status of religious organizations.

In his address to the National Prayer Breakfast audience in Washington on Thursday, President Trump said that he planned to “destroy” the Johnson Amendment. So what does he mean?

The Johnson Amendment, named for then-Congressman Lyndon Johnson, was passed in 1954 as part of a set of revisions to the tax code. Most of us who grew up in center-of-the-road congregations of any faith are accustomed to its restrictions. Our rabbis, priests, and ministers, even in the most hotly contested and consequential political races, skate right up to the line but do not cross it. It keeps things pretty civil — a good thing on days your mind is on the Lord.

The Johnson Amendment has provided a safe harbor for clergy members who use it as a shield so that they are not forced to choose a side in controversial political races, helping congregants of both parties feel at home in the pews. It has meant that the pastor does not feel pressured to make an endorsement based on local political pressures.

Some faith leaders, though, including Jerry Falwell, Jr. and Franklin Graham, revile it. Since 2008, a group of predominantly conservative, Protestant churches have participated in Pulpit Freedom Sunday when hundreds of pastors across the country give explicitly political sermons in protest of the IRS’s rule. While the IRS is well aware of the defiance — some congregations have notified them — it has viewed its role as educative and revocations, the handful that have occurred, have been provisional.

The president’s proposal, which appears to be contained in draft executive orders circulating in the media this week, proposes a variety of forms of mischief. Here are a few:

As a matter of policy, encouraging clergy to politicize their pulpits will reduce diversity, as fewer church members feel “at home.” Even if we don’t care whether or not congregations are diverse (and polls show that many believers wish to worship with people just like themselves), we ought to be concerned that further blurring the line between religious inculcation and partisan politics will only encourage the “excessive government entanglement” with religion that the Supreme Court warned about 45 years ago in Lemon v. Kurtzman. Consider the potential pressure on members of the clergy to make endorsements once there is no longer a rule against it. There are lots of ways that local officials can make life difficult for houses of worship — zoning provisions, permits, access to community facilities for picnics, religious school events, and more. Imagine the pressure that could be brought to bear by a community under one political party’s domination over a pastor who fails to endorse the “right” candidate in a federal election, or even a local one.

The Johnson Amendment is part of the wording of Section 501(c)(3) of the Internal Revenue Code, which prohibits political endorsements by all entities that get federal tax exemptions. That means it applies to churches, but also to think tanks and charities. Does that mean that the Salvation Army and the ACLU would be permitted to endorse candidates for public office? Or does the administration intend to make a carve-out only for religious organizations? If the latter, then the provisions are likely to create impermissible distinctions between the speech of religious and secular organizations. Constitutional challenges are inevitable, and these distinctions seem unlikely to survive judicial review.

Finally, we should be even more worried if the president is not serious about asking Congress to repeal the Johnson Amendment, and instead plans to order the IRS simply not to enforce it — more or less the same gripe that conservatives had when President Obama ordered immigration officials not to enforce deportation laws under DACA (Deferred Action for Childhood Arrivals). In this case, what the president would do is tell the IRS not to prosecute a class of IRS violations, but only if committed by faith-based entities. It is a short step from that to an order telling them that they should not prosecute violators of other IRS rules — say, people who decide not to pay more than 10 percent of their income as tax. It would empower the president to bypass the legislative power of Congress to make tax law, and to enforce only those provisions of the tax code that are to his taste.

Of course, all this may be premature. The reference to the Johnson Amendment may be meant only as an applause line. But it was one of the president’s campaign promises, and based on his record in just the past two weeks, he seems to be following through on those promises, even when they undercut the established rules of the game that have served the country well for 60 years. 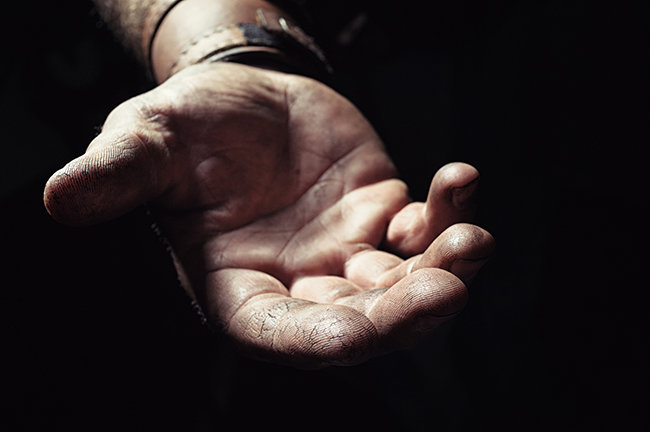 Free Speech and Religion
Why Muslim-Jewish Cooperation Matters for America