Ruth Bader Ginsburg, Associate Justice of the US Supreme Court, joined the Aspen Wye Fellows to discuss her book My Own Words, a collection of her writing and speeches. Upon her appointment to the Court in 1993, Justice Ginsburg became the second female justice in US history. She was interviewed by Elliot Gerson, the Institute’s Executive Vice President of Public and Policy Programs.

Justice Ginsburg’s rise to the highest court in the land was far from certain. She entered Harvard Law School as one of nine women in a class that exceeded 500. After transferring to Columbia for her final year, she graduated at the top of her class. Yet as a young woman and mother, she faced discrimination when trying to find a job in the legal world.

Justice Ginsburg enjoyed a career as a professor and advocate for gender equality and women’s rights before she took a seat on the Supreme Court. She was a fierce proponent of the Equal Rights Amendment, which was designed to guarantee gender equity. The amendment was never ratified, but has recently seen renewed interest after the Women’s March on Washington this year.

Justice Ginsburg acknowledged that there is an ongoing war on women’s reproductive rights and said that it disproportionately affects low-income women. She noted that her experiences as a woman give her a perspective that her male colleagues do not share. To Justice Ginsburg, Roe v. Wade was not about due process, it was about a woman’s right to choose her own destiny.

The Justice has become famous for the dissents she pens when she considers the Court’s majority ruling to be egregiously wrong. At times, Justice Ginsburg appeals to Congress to right the perceived injustice. She notes that there is a tradition of dissents eventually becoming law. “You’re writing for a future age,” she said. “Your hope is that, with time, the court will see it as you do.”

Although Justice Ginsburg has had a fulfilling personal and professional life, she told the audience that she has “had it all, but not all at one time.” While this serves as a reminder of the long road ahead for women’s rights, it is thanks to trailblazers like Justice Ginsburg that the journey is possible. 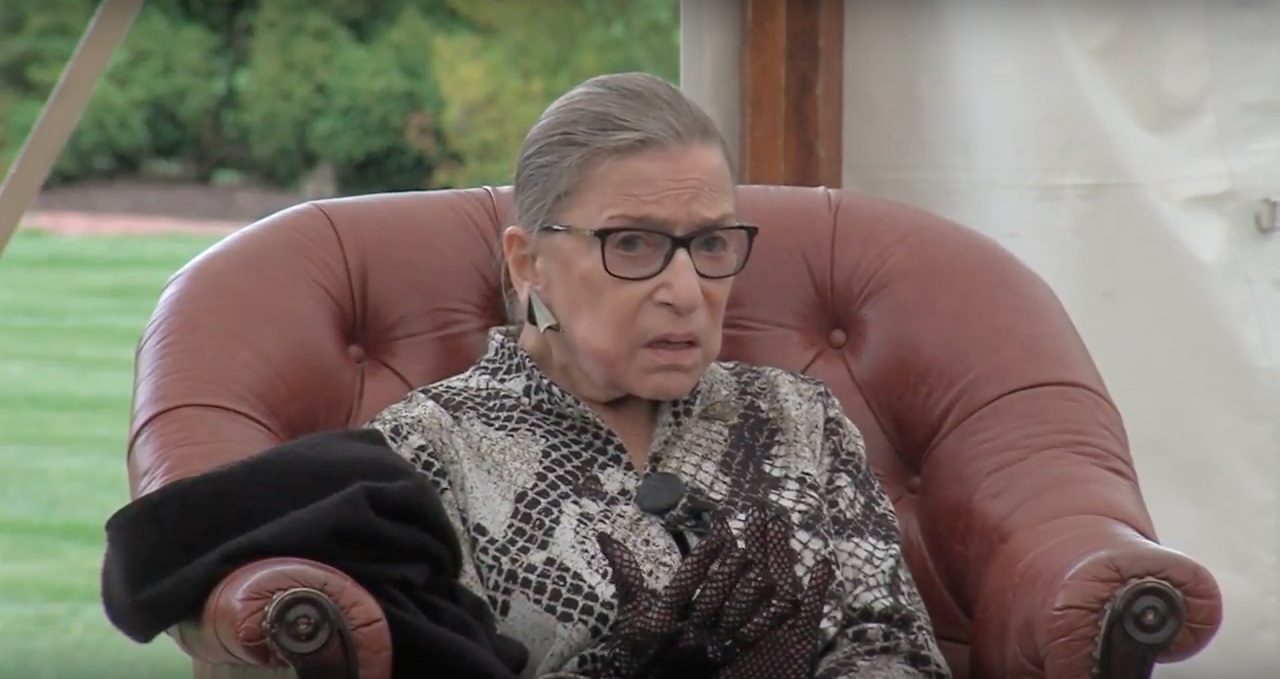