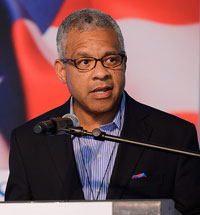 The tragic killing of our ambassador and other embassy personnel in Libya, and the storming of our embassy in Egypt, highlight at least three things of critical importance in post-9/11 American foreign policy.

First, we’ve learned that the old adage – be careful what you wish for, because you might just get it – couldn’t be more true. For decades policymakers in both parties have at least professed to long for democracies throughout the globe, including the Middle East. If only the people were free to choose their own leaders, the argument goes, freedom of thought and expression, economic prosperity, the rule of law, social tolerance, and responsible and accountable government would inevitably follow. That may yet be true one day, but, if so, that day seems to be so far over today’s horizon as to be invisible. If Chou en Lai could say of the French Revolution, when asked whether he thought it had been a success, “it’s too soon to tell,” that is true in spades of the “Arab Spring.”

For now, to say the least, it looks “messy.” Will it ultimately result in flourishing liberal democracies in a region of the world thought to be incapable of democratic government, expanding the concert of like-minded nations known as “the West?” Or, will it, instead result in the replacement of merely one form of tyranny for another, an illiberal, intolerant tyranny that is fundamentally inimical to our interests? Whether this week’s events in Cairo and Benghazi prove, as time goes by, to be outliers or harbingers will tell the tale. As of now, at least, it looks as though our “interests,” namely stability and peace, even if a “cold one,” of the kind that has existed since Camp David between Israel and Egypt, may be in irreconcilable conflict with our values, namely the right of peoples everywhere to choose their own leaders, even if those leaders act and think differently from us.

Second, these events underscore how undervalued our diplomatic corps is and how vital diplomats are to global peace and stability. Politicians of every stripe ritualistically outdo each other in paeans of praise for our brave men and women in uniform. And, rightly so. But, what about our equally brave diplomats serving in the world’s hottest hot spots, without much in the way of protection and even less in the way of resources with which to do their jobs. Stunningly, there are more troops serving in military bands than there are diplomats posted around the globe, some 8,000. And, those diplomats’ job, understand, is nothing short of preventing warfare by winning friends and influencing people in furtherance of our security. It is only when there are deaths, which are surprisingly rare considering the danger many diplomats are in, that we pause, even briefly, to honor their sacrifice. In the post/9-11 world, their job is even harder because prudence argues for those posted in the world’s most dangerous places to hunker down in bunker-like compounds. But, it is in those very countries that robust engagement with the local population is needed most.

Finally, the days when politics stopped at the water’s edge are clearly long gone. That a presidential candidate would second guess the actions of a sitting Administration in a crisis in real time is unprecedented. Perhaps it’s just forgetfulness, but I have no recollection of candidate Reagan undercutting President Carter thirty years ago during the midst of the Iranian hostage crisis. Whatever one’s politics, and whomever she supports for President, shouldn’t would-be presidents wait until the crisis is over before issuing broadsides? And, broadsides that can get people killed? After all, even disgruntled football fans wait until Mondays to play quarterback.