We think building a foundation of common knowledge is an antidote to this trend. That’s why the Aspen Institute Citizenship & American Identity Program created What Every American Should Know, an initiative that asks Americans to answer the question: “What do you think Americans should know to be civically and culturally literate?”

This series of blogs highlights key terms submitted as responses to that question, explores the context of those terms, and connects history to modern day. Each of the terms highlighted in this series are significant historical properties and collections that have been preserved by Save America’s Treasures, a public-private partnership between theNational Park Service and the American Architectural Foundation. These terms, and all of the terms on the growing list of What Every American Should Know, add up to a common American culture that is even greater than the sum of our diverse parts.

With more than 150 years of archives and artifacts from the suffrage and equal rights movements, the Sewall-Belmont House and Museum is one of the premier women’s history sites in the nation, dedicated to telling the story of women’s quest for full citizenship and equality.

However, by the late 1990s, years of deferred maintenance threatened to bring the house and its precious archives to a water-soaked ruin. A Save America’s Treasures grant catalyzed a grassroots restoration effort, and its success was recognized by its recent designation as the Belmont-Paul Women’s Equality National Monument in honor of Alva Belmont and Alice Paul, two pioneers of the women’s equality movement. The National Woman’s Party made the Sewall-Belmont House its headquarters in 1929. These women and their story embodied the power of voice in our democracy.

Alice Paul had cut her teeth in England, learning from activists how to get people’s attention for women’s rights by staging parades, street meetings, and protests, which led to her arrest and imprisonment. She put these lessons to work in the US, too. President Woodrow Wilson was appalled by Paul and her “unladylike” tactics, which she used in her public protests for women’s voting rights outside the White House and elsewhere in Washington.

But Wilson was not the only one Paul confronted. She also diverged from the suffrage movement and the leadership of the National American Woman Suffrage Assocation, which she had joined in 1910. Three years after joining NAWSA, she started organizing for a constitutional amendment, which ran counter to NAWSA’s focus on changing state laws, not federal ones.

She put these lessons to work in the US.

One of her first acts was to organize a parade down Pennsylvania Avenue the day before President Woodrow Wilson’s 1913 inauguration. More than 5,000 women from around the country marched in this parade. People screamed at the marchers. Some of the marchers were beaten, while police did not intervene. This demonstration made front-page news across the country, but it was only the beginning. During the years that followed, Paul was joined by thousands in picketing the White House, burning Wilson’s speeches, and other demonstrations. Her tactics and the ensuing violence, imprisonment, and hunger strikes caused the NAWSA to split with her in 1914.

Creating a Legacy of Women’s Empowerment

The National Woman’s Party was formally organized in 1917 to continue these tactics under Paul’s leadership, which the NAWSA deemed too extreme.

In the same year, Paul spent seven months in prison for her civil disobedience, but she was not alone. Of her fellow demonstrators, about 500 were arrested, and 168 served prison sentences for their participation. While in jail, Paul led a hunger strike and was force-fed along with other women of the NWP, who demanded to be considered political prisoners rather than criminals.

Although they had sometimes been beaten by bystanders outside the White House, and called unpatriotic and worse during World War I, the NWP still fueled general outrage in the press and public. Under pressure from growing public support for women’s suffrage, Wilson finally relented in his opposition and offered his backing for an amendment. The Senate subsequently passed the Susan B. Anthony Amendment for equal suffrage on June 4, 1919.

The 19th Amendment to the US Constitution was ratified by the required three-fourths of the states and became law just before the 1920 election.

What would animate and drive her for the rest of her life was eliminating discrimination against all women.

When Paul split with the NAWSA in 1914, she put all her efforts at risk by losing NAWSA’s human and financial resources needed to carry on her push for this amendment. Her success in making the amendment a reality was due in part to the wealthy and famous socialite Alva Belmont, who met Paul in 1913 and used her large donations and connections to sustain the NWP’s non-violent actions in the years leading up to the passage of the amendment.

What Paul and Belmont accomplished appeared to be the culmination of 72 years of struggle for women’s suffrage. Yet Paul had her eye on a farther horizon and what would animate and drive her for the rest of her life was eliminating discrimination against all women.

No matter what one’s political leanings, everyone can learn from the history of the women’s suffrage movement.

Although Paul may not be as well-known as Susan B. Anthony, Eleanor Roosevelt or Martin Luther King, Jr., all owe her a debt as her tactics of civil disobedience would become the tools of the push for Civil Rights and other movements. Her championing of equal rights would help shape the United Nations Charter, alongside the efforts of Eleanor Roosevelt. And Paul’s leadership also helped establish the permanent UN Commission on the Status of Women.

All of what the NWP and Paul accomplished, as well as the legacy of the 150 years of the struggle for women’s rights, require the same determination and sustained effort that is so crucial to keep the artifacts, documents, and the house alive and well. Even today, this stewardship is critical so the next generation of this nation’s leaders and citizens can hear the voices of the past.

This month, women around the country are organizing in protest of the President-elect. No matter what one’s political leanings are, everyone can learn from the history of the women’s suffrage movement: One person can still make a difference, but success and a vital democratic society is the work of generations sustained over time.

This series is a part of a partnership between Save America’s Treasures and the Aspen Institute’s What Every American Should Know project. A federal public-private preservation program, Save America’s Treasures acknowledges at the highest level of government the shared public responsibility to honor and care for the buildings, places, documents and artistic inheritance that all Americans cherish. 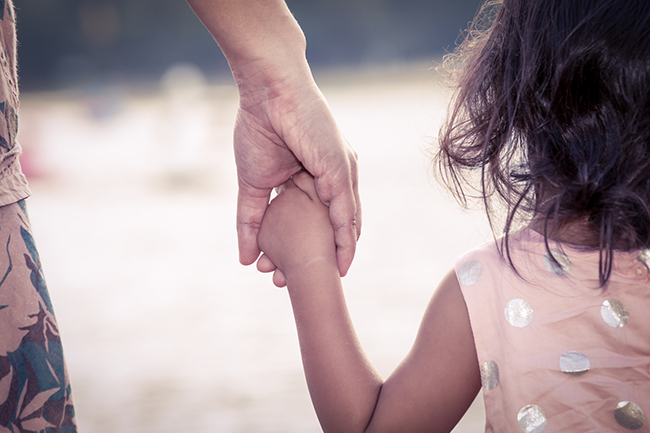