This past weekend on Aspen Institute Radio we celebrated Presidents Day with an in-depth look at great moments in the history of America’s 44 commanders in chief. From drafting the Constitution to the Gettysburg Address, to asking what you can do for your country, take a deep dive into lessons in historical leadership in this episode. The two-hour radio show airs every Saturday and Sunday on SiriusXM Insight (channel 121). Each episode will dive into the topics that inform the world around you. Here in our weekly Listen Longer posts, we’ll recap each episode and show you where you can read, watch, and listen to more. Don’t have SiriusXM? Try it free for a month here. 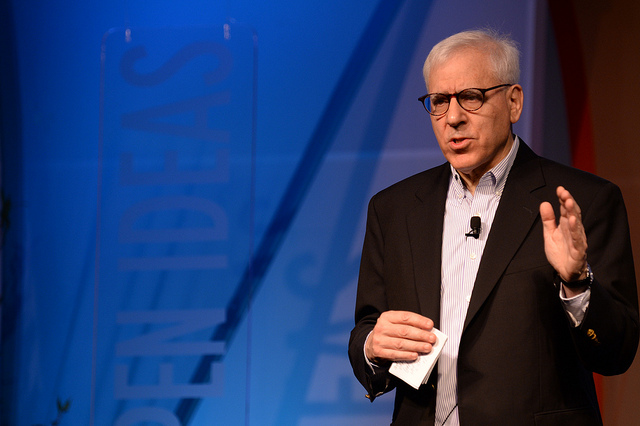 The Gettysburg Address is over 150 years old. David Rubenstein, co-founder of the Carlyle Group, amateur historian, and collector of important historic documents including the Magna Carta and the Emancipation Proclamation, discussed the historic importance of Lincoln’s speech and JFK’s Inaugural Address.

A User’s Guide to Drafting the Constitution

A little more than a decade after the founding of the United States, things weren’t going incredibly smoothly. People like James Madison and Alexander Hamilton actually wanted to create a whole new government. In the summer of 1787, the Constitutional Convention convened in Philadelphia, and by September, the Constitution had been born. Join National Constitution Center President Jeff Rosen and Rubenstein for a conversation about why a constitutional convention was needed, how it worked, what the thorniest issues were, and how we got the Constitution and Bill of Rights we have today.

Tune in next week to Aspen Institute Radio on Saturday and Sunday, 1-3pm ET on SiriusXM Insight (channel 121) when we get ready for the Oscars.