Madeleine Albright’s latest book, Fascism: A Warning, is meant to be alarming, the former secretary of state said at a McCloskey Speaker Series event. Beginning with Mussolini and Hitler, the book traces the history of fascism, identifying its characteristics and weaving a common thread between those early fascists and modern charismatic leaders such as Putin, Kim Jong Un, and — yes — President Trump.

It’s important to understand the historical context of what gave rise to those leaders, nearly all of whom came to power legally, Albright said. She also told the audience that we’re not paying enough attention to what’s going on today, including dangerous trends such as hypernationalism and the downsides of globalization.

“Fascism is not an ideology,” said Albright, so it’s wrong to assume fascists only come from the right. “It is a process for gaining and keeping power, identifying with one group at the expense of others, and saying the law doesn’t work.” Fascist leaders exacerbate divisions in society and position themselves as the only one who can solve problems. They’re unconcerned with the rights of others and will use any means, including violence, to achieve their ends.

In Albright’s view, the only current leader she “flat out” calls a fascist is Kim Jong Un of North Korea, because “he’s using terror as power over his own people.”

As for the Singapore summit between Kim and President Trump, Albright does not see any kind of American victory. Because it was a one-on-one meeting, what happened is left up to interpretation. For example, what does “denuclearization” mean? “Singapore was a Kim win,” said Albright, who has spent most of her life in international affairs. “The president weakened his own hand because he didn’t have somebody to tell our story.”

It’s the same issue with Trump’s more recent meeting with Russian President Vladimir Putin, which also defied long-held diplomatic norms that protect leaders through preparation and the accompaniment of officials, such as a note taker and the secretary of state, to be able to translate the leaders’ meeting into policy afterward.

“So far we only have the Russian explanation of what happened, so they dominate the narrative,” said Albright.

And in Putin, “we are dealing with a man who wants to recreate the Russian empire,” said Albright. “He’s a KGB agent who is playing a weak hand very well — a smart operator who has a plan and is using it systematically to be a threat to the United States.”

Asked by Aspen Institute President Dan Porterfield if she considers Trump a fascist, Albright said she doesn’t think he fits the criteria. But, “I think he is the most nondemocratic president in modern American history,” she said, “because he doesn’t understand the role of the press as being the basis of how the population gets information, he has no respect for the law, and he does believe he has all answers, but really do not believe he’s a fascist.”

Still, she said, it’s an important time to heed the warnings laid out in her book, and to do something rather than simply observe and talk about it.

“First of all, we need to defend a free press. We need to understand the importance of a judicial branch, and we need to call out the president when he doesn’t obey the law. It’s important for people to run for office and for those of us who don’t run to support them and explain the importance of voting. We need to talk to people we disagree with and listen to opinions we don’t agree with. We need to respect people’s opinions. And, listen to millennials.” 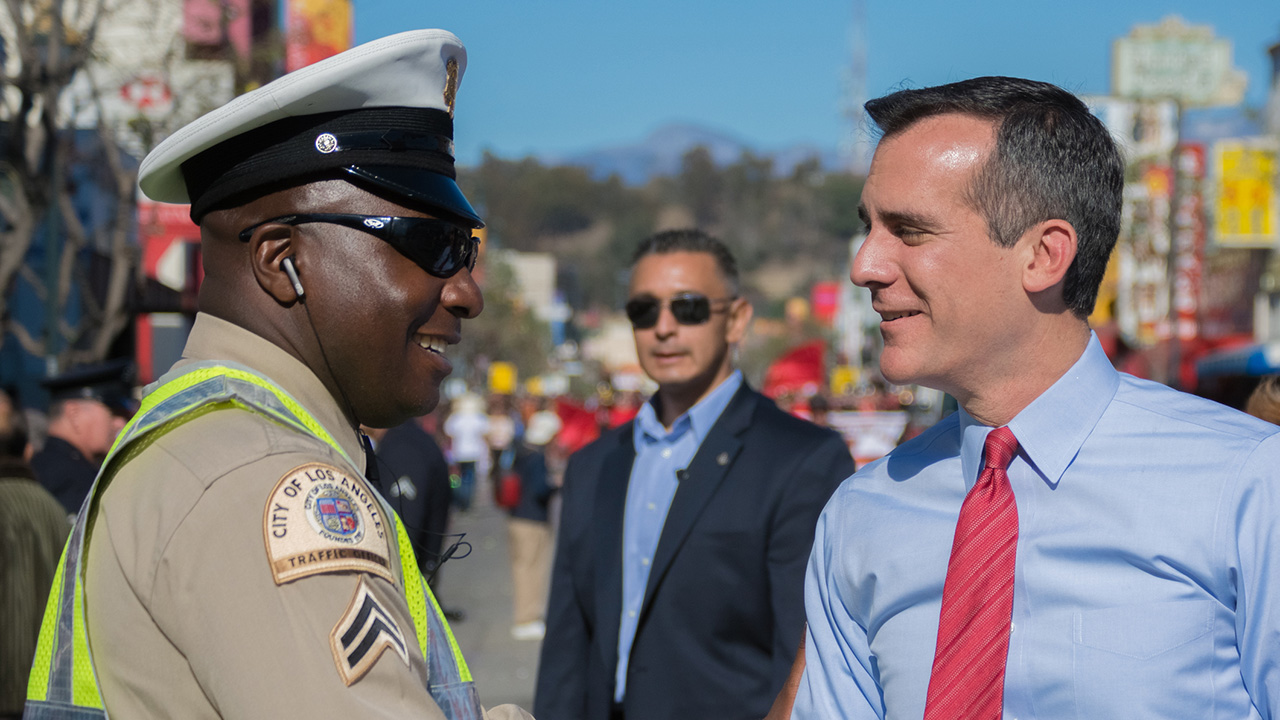