Over the past year, the Knight Commission on Trust, Media and Democracy has traveled across the nation to explore the potential reasons for the growing distrust between American citizens and democratic institutions, particularly the news media. Last month, the Commission had the honor of hosting Robin Vos, speaker of the Wisconsin State Assembly in Racine, Wisconsin. Speaker Vos passionately spoke on the issue of media bias as a primary driver of distrust and the need to re-engage with others despite differences in opinion.

Echoed by data points published by Pew Research, the growing partisan gap in trust of national media continues to widen with Democrats reporting trust levels at 34 percent to Republican levels of trust at 11 percent. Speaker Vos illustrated this point by citing several examples of media bias in his home state from unequal coverage of Tom Steyer’s efforts to recruit college voters versus the Koch brothers’ similar efforts through the AFP organization; to questionable reporting practices in breaking Wisconsin’s John Doe Law. “The media has forgotten that your job is also to seek out both sides and to listen to everyone and not pass judgment on whether or not someone is credible . . . or whether or not someone has the right to be heard,” Vos said. He later added that such unfair reporting practices “only help push people into their partisan corners” instead of having them come together to discuss positive changes we need in America.

At the end of this address, Speaker Vos encouraged Commissioners to consider the following key points as they deliberate on recommendations: challenge individuals to be champions of free speech, encourage individuals to have thoughtful conversations, and focus on more fair reporting. “In a heightened media world, people are trying to always break the story,” Vos said. “But, in breaking the story, in many ways, nowadays, they have broken the system.” Fair reporting requires allowing people to find their positions instead of assuming what they are.

You can view and hear his full testimony here. For more information on the Knight Commission on Trust, Media and Democracy, please visit http://as.pn/trust. And follow the conversation at #knightcomm or the Commission’s Medium channel. 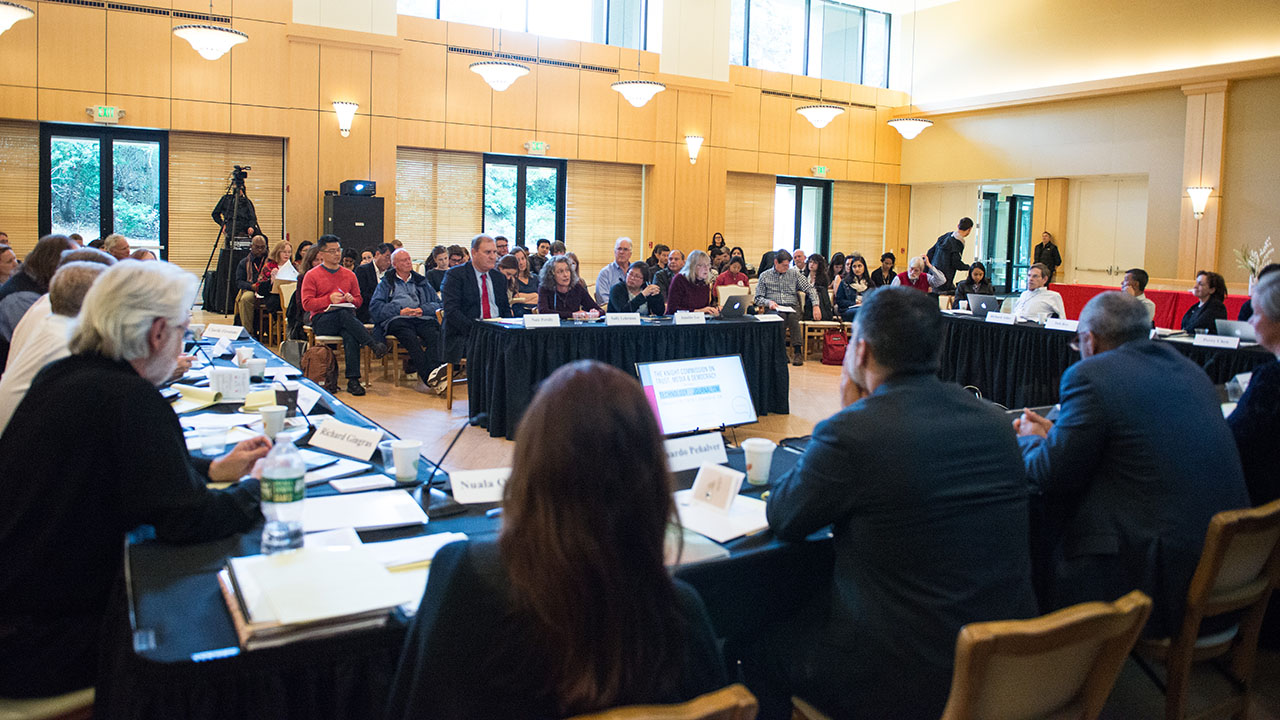