My great grandfather wasn’t allowed to vote. When I learned this when I was younger I had assumed it was because he was from Canada. The real reason? He was Native American. He grew up on a reserve in Saskatchewan before moving to Chicago.

Native people in the U.S. did not have the opportunity to vote until 1924, several years after women finally achieved it. In fact, due to protracted legal battles, most of the states with the largest populations of Native Americans, such as Arizona and New Mexico, did not grant Native people the vote until after World War II.

When provided platforms for meaningful dialogue about the issues they care about, youth have tremendous power to inspire one another, and each of us.

I keep this history close to my heart this election season, especially as we’re locked in one of the most toxic debates of a lifetime about who is—and who is not—a “true” American. Native people have always had a complicated relationship with the concept of American citizenship, as our ancestors were citizens of their Native nations on this land long before America itself was a concept.

Who deserves access to our country’s civic and political process?

This very question has long been a point of contention, but with this year’s election it has divided us in ways that shock the very core values we are supposed to subscribe to as a nation. But beneath the surface, youth across the country are working to steer us away from these caustic political headwinds toward a more productive and inclusive future.

“[Gen-i] showed thousands of Native youth that the White House cared about their voice.”

I know this because I have the honor of working with thousands of inspiring Native American youth every day through my work here at the Aspen Institute. If we are to begin healing our body politic, one of the most important things we can do is develop meaningful engagement and dialogue with the next generation on deck to lead our country.

Generation Indigenous (Gen-I) is one such example of an initiative making an impact through the direct engagement of Native youth as agents of their own change. When President Barack Obama and the First Lady visited the Standing Rock reservation in 2014, they met with a group of Lakota and Dakota youth to hear about the challenges and opportunities in their lives. 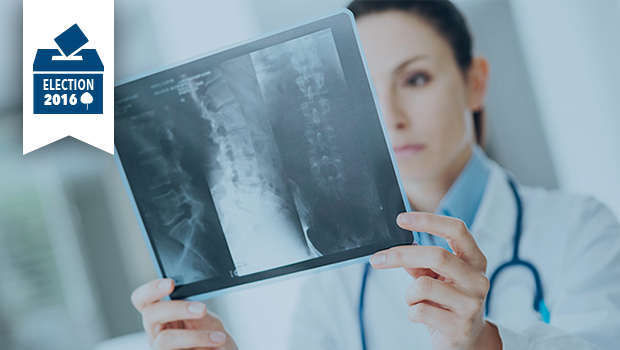 The president was so moved by this experience he launched Gen-I, a new national, cross-sector initiative to support Native youth. Since its launch, over 4,000 Native youth in communities across the country have taken the Gen-I pledge to do positive things for their community, agencies have developed new programming focusing on Native youth, and the nonprofit and philanthropic sectors have stepped up to leverage more resources. I asked Jason Chavez, one of our Gen-I youth ambassadors why the initiative mattered to him. “[Gen-i] showed thousands of Native youth that the White House cared about their voice,” he said.

Young people like Jason are working every day in their communities to support their peers, strengthen their cultural resources, and tackle some of their communities’ most difficult challenges. But these young change-makers are rarely covered in the media or highlighted as examples of values-based leadership.

Now, more than ever, we need a more hopeful conversation about our future direction together as a nation. When provided platforms for meaningful dialogue about the issues they care about, youth have tremendous power to inspire one another, and each of us. Numerous polls have shown that the next generation broadly agrees on a different path forward for our nation—one that is built on inclusion and the value of diversity. If we are to turn the tide on the toxic political debates we’re experiencing today, together we need to empower all of America’s youth to demand a nation supported by values, not fear and divisiveness.