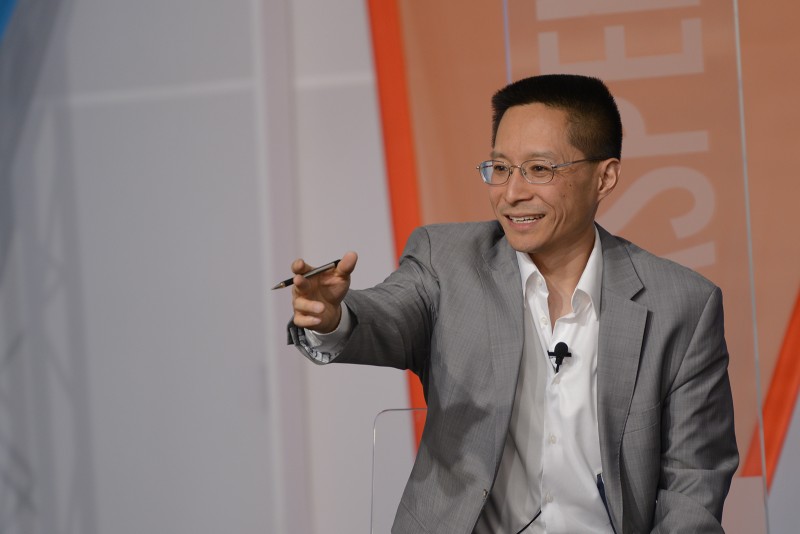 Author and Citizenship University Founder Eric Liu is the director of the Aspen Institute Citizenship and American Identity Program.

In the America of the future, who will “us” be? This was a question asked during the 2014 Aspen Ideas Festival. During a time where the concept of American identity is changing, the newly launched Aspen Institute Citizenship and American Identity Program will seek to provide answers to that question through events, seminars, publications, and more. Eric Liu, CEO of Citizen University, author, and a former White House speechwriter and policy adviser to President Bill Clinton, will head the new initiative.

Liu explained the goal of the program and what we can expect from it.

Aspen Idea: Describe the motivation behind creating this program.

Eric Liu: We’re at a moment in American life where because of severe and widening inequality on the one hand, and rapid demographic flux and change on the other, the basic underlying question of “who is us” is incredibly urgent right now.

It’s getting harder and harder to sustain a coherent sense of shared stories, shared national identity, and common citizenship. Out of that context, I and others felt that it’s really important for an institution like the Aspen Institute to focus the country’s attention on how we remedy this… [to] foster a stronger sense of national identity that is inclusive and reflective of the changes in our country.

AI: What kinds of themes and ideas will be explored?

EL: The opportunity and the challenge of redefining Americanization — whether at the values level, the systems level, or the skills level — will be our focus.

Whether we’re fully delivering upon the promise of American life [depends on] whether we indeed make this a country again of high social mobility, and dispersed opportunity. Until and unless we do that we haven’t earned the right to pay ourselves on the back. And it’s that exceptional burden of trying always to live up to our creed and our potential that animates this project.

AI: How has your upbringing motivated you to work in this issue area?

EL: I am the child of immigrants, a second-generation Chinese American. And I think, as often happens with the children of immigrants, I have a very heightened awareness that every single opportunity I’ve ever had comes with an equal or greater obligation. I have this very strong belief that I’ve got to pass it on. Our job as Americans in general is to try to pass on whatever amount of opportunities — civic and economic — we start with, and to expand it for others.