Most Americans who watched the Academy Awards on Sunday were shocked and confused over the disarray of the presentation of the Oscar for best picture. The screw-up shows us that even the rich and glamorous can make the same kind of mistakes that afflict us average folks. Actually, I thought it humanized the often excessively glitzy process of the Academy Awards presentation.

The drama of the Oscars mistake makes it easy to forget that the movie industry and the movies that the creative community produces are among America’s great cultural contributions to the world.  Shakespeare once said that “the play is the thing” and the cultural impact of American movies proves him right. Movies and the stories they tell are a big part of how America demonstrates to the world its incredible creativity, diversity, and freedoms.

It’s obvious that not every film is great and many have no lasting value, but Hollywood can also make films that demonstrate the best of America. That is especially true of stories in films that show the personal courage, conviction, and determination of characters that are so inherently a part of American zeitgeist.

Although our popular culture is not perfect, movies show the world that quintessentially American belief that determined individuals can make great change.

In my travels overseas, I have noticed that movies are a great way to connect with people. If people don’t want to talk about politics, they will invariably ask me about the latest American hit movie. Sharing in these stories bridges the divides between cultures. Big smash hits like Star Wars get a lot of attention but the great stories in film (and television) are what give people a unique view of the challenges and strengths of American society.

The best stories are based on true stories. Movies like Hidden Figures, the story of three African American women who were key in American space program success, remind all of us that even cultural and legalized racial prejudices of the 1960s did not stop these determined and intelligent women from making their powerful contributions. These brave women helped change the culture and the law in our country. A movie like Hacksaw Ridge, the story of a pacifist Army medic who at his own personal risk saved dozens of lives in the Pacific during World War II, reminds us that uncommon bravery from ordinary citizens comes in many forms and often from where you least expect it. Last year’s best picture winner Spotlight illustrates how a determined and courageous group of Boston Globe journalists could investigate and expose one of the greatest scandals in American history. There are so many other examples of movies telling the stories of real people going against the powerful, challenging authority, and beating the odds to change their lives and the world.

America is great because of its people. Although our popular culture is not perfect, movies show the world that quintessentially American belief that determined individuals can make great change. So as the world looks at the United States during these turbulent times and as our role in the world is questioned and changing, movies can still proudly proclaim the greatness and resilience of Americans and our free society.

Dan Glickman was Chairman of the Motion Picture Association of America from 2004-2010. 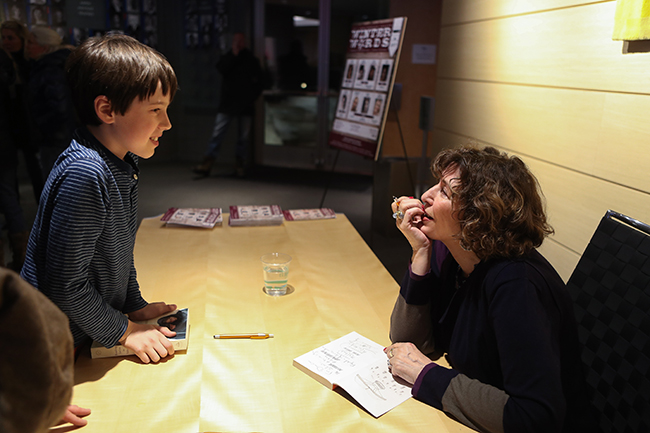