For working Americans, having a child, taking care of a sick parent, or recovering from an illness can force a difficult choice between providing care and continuing to earn an income. Today, we are living longer and having children later in life, making the ability to support a family even more challenging as Americans have to juggle the responsibilities of raising children and caring for aging parents. Almost half of adults in their 40s and 50s find themselves in the so-called sandwich generation—raising or supporting children while also having a parent over the age of 65. In response to this challenge, policymakers at the federal and state level have begun to develop and propose paid leave as a work benefit.

As the Future of Work Initiative outlined in a blog post in 2017, the U.S. is the only high-income country that does not provide workers at least some guaranteed paid family leave that could be used to deal with their own or a loved one’s serious health needs, or to spend time with a new child. The only major national family medical leave law was passed in 1993, 25 years ago, and the program simply requires employers to provide up to 12 weeks of uncompensated leave time to qualifying employees. In the absence of further federal action, several states have recently enacted mandatory paid leave laws, providing potential models for other states and federal policymakers (to read about Washington state’s paid leave program, see the guest blog post from Washington Employment Commissioner Suzi LeVine).

Importantly, several of these state programs include varying provisions aimed at making these benefits universal and portable to ensure workers have access no matter where and how they work, and regardless of their employment classification. Experimentation with different models of achieving these goals of universality and portability is critical, as policymakers around the nation consider how best to design new workplace benefits—whether designing paid leave programs, or developing more comprehensive portable benefit systems.

Moreover, these state efforts recognize that the demographics of the workforce and the needs and responsibilities of workers are changing, and public policy needs to keep pace. In the same way that we view health care and retirement as essential benefits, the case for paid leave is becoming equally compelling. Caregiving has become an important issue for all workers.

Over the past half-century, the share of women in the workplace has grown significantly. Today, 47 percent of U.S. workers are women, compared to 38 percent 50 years ago. Seventy-two percent of mothers with children under 18 participate in the labor force, more than three-quarters of whom work full-time. And though all workers have a need for family and medical leave, it is worth noting that family caregiving duties still fall disproportionately on women . In the American Time Use Survey, full-time working women report spending on average 40 percent more time each day caring for and helping household members than do full-time working men. Another important trend has been the increase in the number of households that include two working parents. Two-thirds of households today include two working parents—up dramatically from 1970, when in 47 percent of households, only the father worked. The percentage of households that are led by single-mother or fathers is rising. And with an aging population, elder care is becoming an increasingly large component of caregiving responsibilities for American workers. The age-dependency ratio—the fraction of adults age 64 and greater compared to working age adults—is at an all-time high.

Of equal importance, and as a response to demographic trends, occupations associated with caregiving are projected to increase relative to other forms of work. For instance, home health aides, personal care aides, physician assistants, and nurse practitioners are all projected to be among the ten fastest growing occupations over the next decade. In light of the expected demand, there are questions about how these roles will be filled given projected shortages of care workers. This requires recognizing the caregiver as an important occupation of the future, and one that we as a society must ensure is supported and fairly compensated. While some caregiving occupations are high-paying, others pay very little, such as home health and personal care aides, for which median wages are just over $24,000 per year.

Meeting the caregiving needs of the future relies on both making formal caregiving jobs better jobs and supporting traditionally unpaid caregiving roles. In addition, providing more workers with access to adequate paid family and medical leave is one way to help meet the evolving needs of workers, while also recognizing the importance of caregiving work.

The 1993 Family and Medical Leave Act (FMLA) provides job-protected unpaid leave rather than paid leave, and is the only current U.S. federal law guaranteeing leave of any kind. Recent estimates suggest just 59 percent of employees are FMLA eligible,[1] while self-employed workers, employees at small businesses, and many part-time workers are excluded entirely.[2] Paid leave is even less common: according to the most recent data, just 17 percent of workers have access to paid family leave, and even among those who have access, the share of workers who are eligible to actually use this leave is likely lower.

However, the share of American workers with access to paid leave is trending upwards, with recent legislative efforts expanding the number of states with mandatory paid leave programs. In June 2018, Massachusetts Governor Charlie Baker signed a new paid family and medical leave law, guaranteeing eligible workers up to 12 weeks of paid family and medical leave to care for a sick family member or spend time with a newborn child and up to 20 weeks of paid leave for one’s own serious illness. The new legislation makes Massachusetts the seventh state to mandate employers provide paid leave. California, New Jersey, New York, and Rhode Island have existing programs all enacted in the past 20 years. Over the past five years, legislation has created new programs in Washington state, Washington, DC, and now Massachusetts that are set to fully take effect in 2020, 2020, and 2021 respectively.[3]

Because paid leave is not a traditional component of mandated workplace benefits, and policy efforts at creating these programs are therefore starting from scratch, this process provides a unique opportunity for leaders to experiment with different models of achieving the goals of universality and portability from the start—in contrast to the challenges posed by retrofitting existing benefits (such as Unemployment Insurance or Workers Compensation) to the realities of work today. A Better Balance—a policy and advocacy organization focused on improving supports for working families—recently released two issue briefs that outline key considerations in providing paid leave for self-employed workers and non-standard employees (part-time, temporary, seasonal, and domestic workers), while cataloguing whether and how each state law has addressed these issues.

As the reports show, the ability for self-employed workers to participate in these state programs varies. Most programs (California, New York, Washington, Massachusetts, DC) allow self-employed workers to participate on an opt-in basis. Massachusetts’ new law goes further by automatically enrolling independent contractors working for firms that employ more than half of their workforce under the independent contractor relationship—even requiring employer-side contributions by the contracting firm. By contrast, Rhode Island and New Jersey do not provide any coverage options for self-employed workers.

For workers in non-traditional W-2 employment relationships, many of the barriers to benefit access and coverage are implicit rather than explicit—similar to those faced in unemployment insurance eligibility as discussed in a recent paper by the Future of Work Initiative on Modernizing Unemployment Insurance. Like Unemployment Insurance, employees become eligible to receive paid leave benefits only after they have earned or worked enough to exceed a minimum threshold with the same employer over a given period of time—which makes access to benefits difficult for those who work part-time, seasonally, or on a temporary basis. Effective coverage for these workers requires portability so that earned benefits can be taken from one job to the next without a lapse in coverage, as well as allowing contributions across multiple income sources. A Better Balance notes that every state other than New York includes some level of portability, with varying restrictions.

Given that all state paid leave programs have been created within the past 20 years and three of them have been created in the past five years, there is still much to learn about what policy choices work best. As more states create their own paid leave programs, and as federal policymakers debate whether and how to create a national program, the successes and challenges experienced by leading states can offer important lessons for future policymaking.

[1] Based on Employee Survey data from 2012. Per 2.2.1, an estimated 59.2 percent of current employees are eligible for FMLA—those whose worksites had 50 or more employees within 75 miles, had continuously worked for the same worksite for the past 12 months, and were always a full-time employee or worked at least 1,250 hours over the past 12 months.

[2] To be eligible for FMLA coverage, a worker must: 1) be an employee as defined under the FLSA; 2) work for an employer with at least 50 employees; 3) have worked for that employed for the past 12 months; and 4) have worked at least 1250 hours for that employer over the past 12 months. This explicitly excludes self-employed workers and those working for small employers, and implicitly excludes many of those who work temporary, seasonal, and part-time jobs. 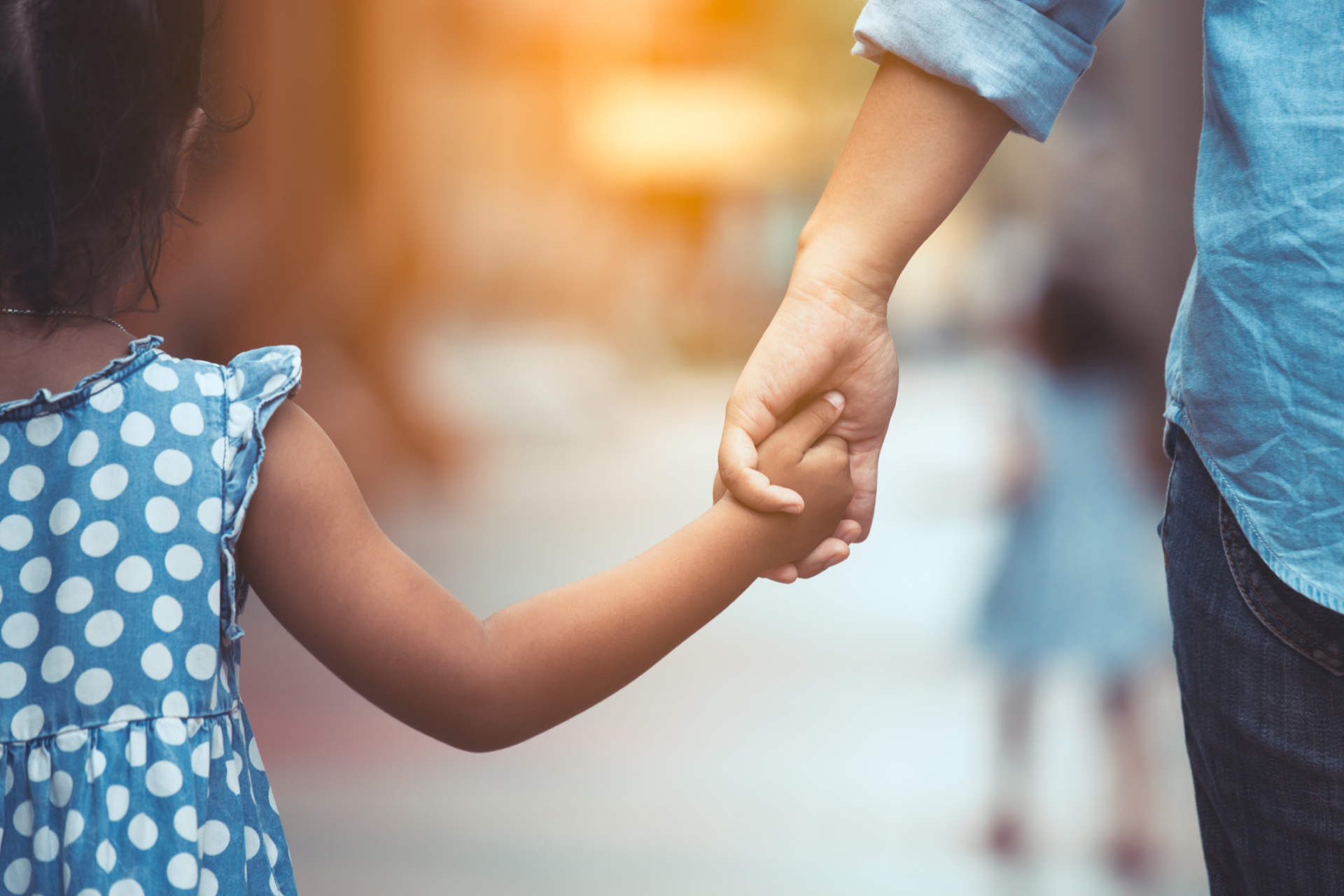