President Obama’s trip to India this month marks the first time an American has been “Chief Guest” at the country’s Republic Day ceremonies, and Obama becomes the first U.S. president to visit India twice while in office. Coming just four months after Prime Minister Narenda Modi’s own visit to the United States, the sight of the American president viewing parades on New Delhi’s Rajpath Boulevard will be rich in symbolism. Greeting Obama will be more than pomp and pageantry, however, as the Indian political landscape has changed dramatically since Modi’s sweeping electoral victory last May. The result is both significant opportunity but continued challenges in translating the great potential for cooperation into concrete bilateral policy achievements. 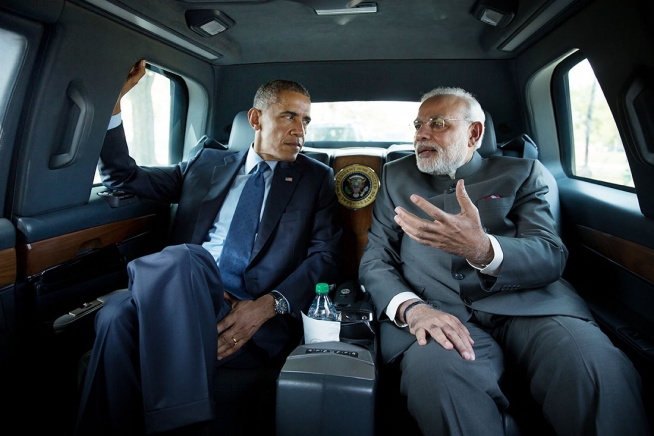 Indian and American officials have scrambled in recent weeks to agree upon initiatives – the “deliverables,” in diplomatic parlance – that will infuse Obama’s visit with lasting meaning.  There are certainly areas ripe for agreement, including: a renewal of the U.S.-India defense framework agreement, an announcement on defense coproduction, a climate change initiative, modifications to the nuclear liability framework that has thus far precluded American business from reaping the benefits of the civil nuclear accord, and progress toward a bilateral investment treaty.  Achieving even most of these, however, would still pale in comparison to past diplomatic highlights like signing the nuclear agreement and gaining U.S. support for India’s permanent membership on the UN Security Council.

The overriding challenge for both sides is to square bilateral progress with the Modi government’s overriding concern with India’s economic growth, an orientation that guides both its domestic and foreign policy. New Delhi seeks to increase India’s current annual economic growth rate from 4.7 percent to between seven and eight percent indefinitely.  Given the large number of individuals moving each year into the workforce, such high levels of economic growth are necessary to absorb the continuing influx of labor and to alleviate the poverty gripping a significant proportion of the Indian population. Given this economic reality and Modi’s mandate to pursue aggressive reforms, it’s no surprise that relations with the United States and others will be seen to a great extent through the economic prism.

In early January, the Aspen Strategy Group convened its biannual track two dialogue with its Indian counterpart. In meeting with half a dozen current Indian cabinet officials and engaging in two days of discussions with Indians outside government, Aspen’s American delegation discerned the contours of political and economic change in India today – and with them, the implications for the critical U.S.-India relationship.

The primacy of economic growth.

Modi swept to power on the strength of his performance as Gujarat’s chief minister, and he faces the significant challenge of translating state-level economic success to the national level. For all the emphasis on India’s emergence as a global power in recent years, approximately 600 million Indians still live on two dollars per day, 300 million Indians are unconnected to the power grid, and per capita income remains under $2,000.

India currently ranks number 142 of 189 on the World Bank’s “ease of doing business” list. Prime Minister Modi seeks economic reforms that will make India a more attractive destination for Indian and foreign investment and increase employment. Caps on foreign investment are rising in areas such as insurance, medical devices and e-commerce, after having risen in the defense sector already. Modi has launched with great fanfare a “Make in India” campaign that aims to boost manufacturing, and he seeks to mobilize the Indian diaspora in increasing investment and tourism.

This focus on economic health drives the government’s foreign policy imperatives as well its domestic ones. The prime minister and his team conceptualize India’s foreign policy not in grand strategic terms but instead root it in a set of international relationships that will maximize India’s economic fortunes. The result is an attempt to achieve productive ties with as many countries as possible and favor none at the expense of the others. This is, as the security expert Brahma Chellaney and former U.S. ambassador Robert Blackwill have termed it, a “multi-aligned” foreign policy that will forgo hard choices among the powers in favor of good relations (particularly economic ones) with them all.

The constraints of domestic politics.

Contrary to popular opinion abroad, Modi does not enjoy untrammeled political authority. His BJP won 282 of 548 seats in the Lok Sabha (the lower chamber of parliament) last May, and his National Democratic Alliance coalition won nearly 62 percent of all Lok Sabha seats.  This result represented the largest win since Rajiv Gandhi’s Congress Party victory in 1984 and the only time in Indian history that a non-Congress party won an outright majority. Despite Congress’ worst defeat since India’s independence, however, it retains a plurality in the Rajya Sabha (upper chamber). The BJP’s minority status in that chamber has stymied key pieces of reform legislation, and Modi’s government has already taken to issuing ordinances (akin to executive orders) to bypass an uncooperative parliament. At the same time, religious issues – and in particular a stream of Hindu nationalist comments by BJP and affiliated leaders – have distracted from Modi’s efforts to focus above all on the economic agenda.

While some observers have opined that Modi will enjoy just a short window in which to achieve dramatic reform, the opposite is more likely the case. The prime minister appears to be playing a long game and has rejected shock therapy in favor of more gradual economic reforms via a combination of executive directives and legislation. If the BJP continues the state-level electoral success it has enjoyed since the national elections, its numbers will increase in the Rajya Sabha, whose members are elected by the states. Modi appears to be betting on continued victories in the states well into 2016, which would produce significant turnover in the upper house.

Looming challenges in Pakistan and China.

Where Pakistan once dominated discussions between U.S. and Indian officials, it has retreated in Indian attention over recent years; these days Americans are likely to hear more about Beijing’s intentions than those of Islamabad.  New Delhi appears increasingly to write off Pakistan as hopelessly dysfunctional and as much a homeland security problem as a diplomatic challenge. There is very little talk of reviving the bilateral dialogue, though Indians harbor concerns both about continued Pakistani infiltration across the line of control and about the future of Afghanistan following the U.S. withdrawal.

New Delhi seeks good ties with China but remains wary of Beijing’s intentions, especially on the Indian border and its attempts to deepen relations with India’s neighbors, including Pakistan, Sri Lanka, and Myanmar. For its part, India is reacting to China’s rise by strengthening its own relations, including in security terms, with the United States, Japan, Australia and other countries across Asia. In this respect, Indian officials see their relationship with the United States as particularly important; just as American officials view closer relations with India as signaling the enduring U.S. commitment to the Indo-Pacific region, Indian officials see cooperation with Washington as a signal to China that India is a serious player on the global stage.

Obama’s trip to India, and the significant time and diplomatic capital both governments have invested in the bilateral relationship, represent important steps forward in this critical partnership. The two countries continue to share interests, including ensuring a favorable balance of power in Asia, opposing terrorism, boosting economic growth through trade and investment, and preserving access to the global commons and regional waters. Yet it is also clear that Washington and New Delhi see the world – and the best paths to safeguard these interests – in ways that sometimes diverge widely. America will watch to see whether India can effectively keep all its foreign policy balls in the air at the same time. As it attempts to pursue simultaneously close relations with the United States and its competitors, and as it tries to avoid fundamental choices between America on the one hand, and China, Russia, and Iran on the other, India will seek international relationships that serve the economic bottom line. Modi’s foreign policy fortunes, and the depth of the U.S.-India relationship, will in large part turn on the outcome of that effort.

Richard Fontaine is the president of the Center for a New American Security and a member of the Aspen Strategy Group U.S.-India Dialogue.