On May 22, 1964, President Lyndon Baines Johnson declared an “unconditional war on poverty.” On November 8th, 2016, as the wealthiest country in the world goes to the polls for the 14th time since the election of LBJ, more than 20 percent of all American children have grown up in poverty. The startling inequality is evidenced here in Washington, DC, by the homeless who live on the streets mere blocks from the White House. Further away, but not more than a mile, there are entire communities caught in a crushing cycle of poverty. This problem is not confined to DC. It’s endemic nationwide. These jarring inequities destabilize society and limit individual and national economic potential, but are they a permanent feature or addressable ailment of our society?

Jarring inequities destabilize society and limit individual and national economic potential, but are they a permanent feature or addressable ailment of our society?

Campaign coverage of the presidential election is often limited to gaffes and scandals at the expense of policy. Our political system may be stuck in neutral, but there are many Americans drawn to addressing the deep-rooted and seemingly intractable problems posed by things like cyclical poverty, the opportunity gap, and racial injustice.

Across its varied programs, the Aspen Institute elevates the work and voices of these social innovators who are delivering impactful solutions that are sustainable and scalable. The scaling piece is critical, but as former President Bill Clinton reportedly observed when reviewing school reform initiatives during his presidency, “nearly every problem has been solved by someone, somewhere.” The frustration is that “we can’t seem to replicate [those solutions] anywhere else.” 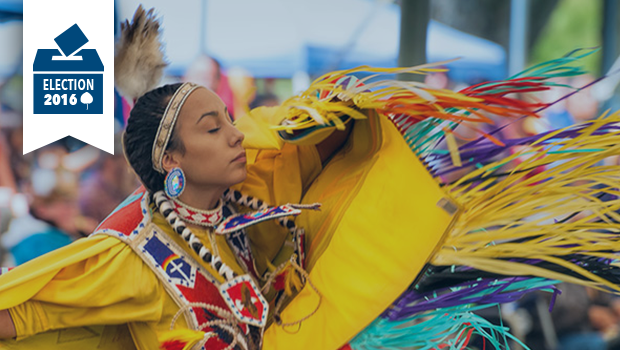 I hope that our next president makes scaling social innovation a domestic priority. Fortunately, they will not be starting from square one. They should learn from and build upon the experience of the Social Innovation Fund, which has a goal of, “finding what works, and making it work for more people.” The Social Innovation Fund had its share of successes and setbacks, and the Obama Administration deserves praise for their groundbreaking efforts, but there remains much opportunity for presidential leadership and ideas to execute on the promise of scaling social innovation. The next president can find inspiration by studying the work of social entrepreneurs and innovators across this country (and world) who are turning human ingenuity and creative financing into better outcomes for society’s most marginalized groups.

The best of these social ventures grow and expand their impact, but have trouble achieving the type of transformative impact that regularly emerges from the tech sector. But, in light of the fact that 1 in 5 American children are growing up in poverty 52 years after the War on Poverty was launched, transformative impact is the imperative.

The next president can find inspiration by studying the work of social entrepreneurs and innovators across this country (and world) who are turning human ingenuity and creative financing into better outcomes for society’s most marginalized groups.

“[Their] work today is more complex than ever and requires a set of tools and a framework designed to address the complexity inherent when innovations are integrated into existing systems like school districts, welfare agencies, health departments, and corporate structures.”

The only way a social entrepreneur will achieve transformative impact with their ventures is if they adopt a systems change mindset, and the federal government is inherently a key partner in any strategy that seeks scale through public systems. Consider that although Mark Zuckerberg and Priscilla Chan have pledged to make a $45 billion charitable investment to improve the world (with a heavy focus on education), the United States government will spend that same amount — $45 billion — in the next four weeks on public education alone.

Another data point. The federal budget is $3.8 trillion. That accounts for about 21 percent of the U.S. economy (as measured by GDP). Add in state and municipal budgets, and the “public portion” accounts for about 33 percent of our entire economy. Ignoring for the moment whether that’s too much or not enough, the next president should relentlessly and continually inquire about the discipline and effectiveness with which that public money is spent. This line of inquiry and action will lead more partnerships with the best social entrepreneurs in order to bring their innovations to scale through the existing plumbing of public systems.

Johnson made combating poverty his grand ambition, whereas his predecessor is heralded for focusing America’s talents and resources towards technical innovation. President John F. Kennedy said in 1961 that we would land a man on the moon before the decade was out. This spurred massive investment in research and development, leading to new discoveries culminating in the moon landing JFK foresaw.

The lesson we should take from the apparent failure of Johnson’s moonshot relative to Kennedy’s definitive success is not that startling inequality is a permanent feature of this country’s landscape. Rather, our next president should set ambitious goals for bringing down our high school dropout rate and ending homelessness and creating a sustainable energy future and sending humans to Mars. To be successful on the former though, they need to appreciate that social innovation does not scale the way technical and commercial innovation does. The scaling of social innovation is a team sport.

The next president will need to work with social entrepreneurs, philanthropists, and others to bring the best life-changing interventions to broader populations by transforming existing public systems to look more like the lean and mean social ventures that are producing these innovative solutions.