Abdullah Antepli is chief representative of Muslim affairs at Duke University and teaches courses on Islam and Muslim cultures at Duke Divinity School. He agreed to answer some of our questions before speaking at The America I Know track at the Aspen Ideas Festival.

What can faith communities do to promote understanding in these divisive times?

They can and must do a lot, as often they are part of the problem. One of the first thing faith communities do is to acknowledge how faith could be a source of division, how that toxic and destructive role plays out in each of their respected faith communities and fight against it with a strong moral courage and prophetic voice. There is a great deal of denial and apathy is going on regretfully in this regard. Every serious recovery and healing process first starts with acknowledging the problem and creating a willpower to solve it. Faith and faith communities contribute to division in two major ways:

First, crazies and nut jobs of our faith communities hijack the faith as they zealously promote the narrow, exclusive and even violent interpretations of our faith traditions. Each and every faith has more than enough “rich” body of scriptures and teachings that could be source of a hateful, divisive, and violent theology and religious understanding. No religion is “richer” or “poorer” than others in this regard. As loud and sensational as these nut jobs are, they are often fringes and never represent the majority in any faith tradition.

The second and more important role that the faith communities contribute to the division and many other evil social cancers is apathy and laziness. Regretfully, the overwhelming majority of Muslims, Christians, Jews, Hindus, Buddhists, and all other faith traditions are so-called moderates. Moderates often are never as hard-working and determined as radicals. Most people arrive to be moderate in their faith tradition and stop there, as if being moderate doesn’t require any real ethical, moral commitment, as if all the problems of the faith and faith communities are only extremist minorities and not the lazy, inactive and apathetic majority. Until and unless we shake the imagination of the lazy moderate majority, turn them into radical peace makers, bridge builders and healers, we won’t see the real role of faith in healing our global communities from division and from all other social, spiritual and any other diseases. Only when moderates of all faiths start paying as much as their crazies, working as hard as them, becoming as determined as them, will you see the faith revealing the best of its ideals in action. All faith communities can turn their religions and traditions into such power of positive transformation but it will not happen on its own. Members and leaders of that communities have to learn how to activate that potential within.

How do you engage in meaningful dialogue with the non-Muslim communities at Duke and beyond?

How not to engage is to undermine our particularisms and over-emphasize our universalisms. One has to be authentic and proud of his or her tradition, in addition to be highly critical and open-minded, in order to initiate deeply meaningful dialogue across faith lines. I do not mean more orthodox and conservative forms of faith is the only or more preferred authenticity — just being truthful to ones own understanding of his or her faith and having a respectful and critical relationship with one’s faith tradition, its history and various complexities.

Meaningful cross-faith dialogues should, in addition to exploring our similarities, empower participants to grow to understand and appreciate our differences.

I have a hard time respecting dialogue efforts that invite people to ignore our differences and superficially focus on our similarities. What we all have in common is all nice and wonderful, but ultimately what makes us who we are is our differences. Meaningful cross-faith dialogues should, in addition to exploring our similarities, empower participants to grow to understand and appreciate our differences. My measure of success for a meaningful cross-faith and cross-cultural dialogue is whether it makes the participant more deeply connected to his or her faith or culture as he or she simultaneously develops an appreciation and respect for the other. I try to model these kinds of dialogues in my ministry and consider it my central calling in life. More faith leaders should model and exemplify such meaningful dialogue and engagement efforts.

One of my greatest fears for interfaith dialogue is that, if it is not done in a meaningful way, it will become a religion to itself. People will effectively say, “It doesn’t matter which religion you belong to…we are all one.” This would be such a destructive and unwise way of dumping a millennia of long-accumulated wisdom, knowledge, and traditions that each faith inherits.

In an interview with the Times of Israel, you admitted that you once held anti-Semitic views. What prompted your change of heart?

First, when I started studying Islam formally. I was lucky that I had good teachers. They taught me mainstream Islamic theology, history, Qur’an, and the example of Muhammad. Healing from anti-Semitism was an unplanned, unexpected but welcomed outcome of such deep religious learning. My teachers were not intentionally trying to cure me from the swallowed hate but increasingly I couldn’t reconcile the Islam that I was learning with the hate that I held. That mainstream Islamic knowledge put an honest mirror before me, making me realize that my heart was darkened by hate and I needed to purify it. It showed me that I was subject to a very sophisticated propaganda in the name of religion, culture, and nationalism. Learning my religion through its healthy resources saved me. It is very common that many radicals of all faiths get deracialized once they are exposed to central teachings of their faith in a healthier context.

Studying Islam slowed me significantly on the highway of hate, but ultimately what made me take the nearest exit and drive in the opposite direction as fast as I can was meeting with God-fearing, ethical, moral Jews and Israelis. There’s nothing like personal experience with people that you used to hate and be fearful of.

Why do you believe that anti-Semitism is destructive for the Muslim community?

Both Judaism, Islam, and all other faiths teach you that hate primarily corrupts and destroys the bearer before it becomes a threat to the subject of that hate. Hate is a cancer; it eats up your morals and ethics. It rots your soul if it goes unhealed and unchallenged for a very long time. It makes you vulnerable to so many other diseases such as violence and extremism. Hate prevents one from upholding the ideals of one’s faith and enables them to reveal the worst of that tradition, not the best of that tradition. So as someone who LOVES Islam and my Muslim faith I would never want such a calamity to happen to my beautiful tradition. That’s why fighting against anti-Semitism has been increasingly central to my ministry and work.

Some people disavow ISIS by saying that it has nothing to do with Islam. You disagree. Why is that? How can we learn to distinguish between different expressions of Islam?

I disagree because it is untrue, misleading, and unhelpful. As disgusting as ISIS is, as much as it turns your stomach upside down and wants you to vomit, you can’t say ISIS folks are not Muslims and their evil ideology has no connection to Islam. As you cannot also say that KKK or Crusaders have nothing to do with Christianity. No religion itself is enough to become evil and source of destruction. But every religion at some point of history becomes evil when they merge with certain historical, political, tribal, social, economic, and cultural realities. ISIS is such example of perfect storm and cancer caused by many different complex factors, including but not exclusively religion. These ISIS terrorists did not become the monsters that they are only by signing up to an interpretation of Islam, but that perverted religious, scriptural, and traditional element plays a very central role in their motivation from beginning to end. We have to acknowledge that bad religion exists. Bad Islam, bad Christianity, bad Judaism exists. They need to be defeated and healed by good ones.

What makes you optimistic about the state of interfaith and intercultural relations in this country and elsewhere?

Pessimism and despair are the worst enemies of humanity. I don’t know how any person of faith or student of human history can be caged in the destructive hands of despair. In any given situation one might feel they are hitting to brick walls, they may see no light at the end of the tunnel, but we have seen in our global human history the God and history work in mysterious and often miraculous ways. If and when enough number of good people of all faith work hard things get better. History doesn’t always go in one direction, neither always up nor always down.

For example, look at Jewish-Christian relations in last 100 years. Anti-Semitism did not disappear totally, but look how far we have come. In one person’s life time we moved from the despicable, shameful, and evil Holocaust to Jews becoming a beloved minority in the West. I pray the souls of those innocent Jews who perished in Europe in such evil ways dance in joy in their heavenly mansion as they look at our current status. Because none of them would even dream to see such peaceful and harmonious co-existence.

But I don’t build my hope over an invisible hands of history and God. As my example of Christian-Jewish reconciliation shows, it was not the passing of the time that brought the healing. It was the innate good of humanity, finally coming back to its senses and so many good people working as hard as they can to achieve it. All one can do is to recognize his or her own responsibility in these noble efforts and try his or her best to fulfill that responsibility as best as they can. That is what I am trying to do and model on my part. 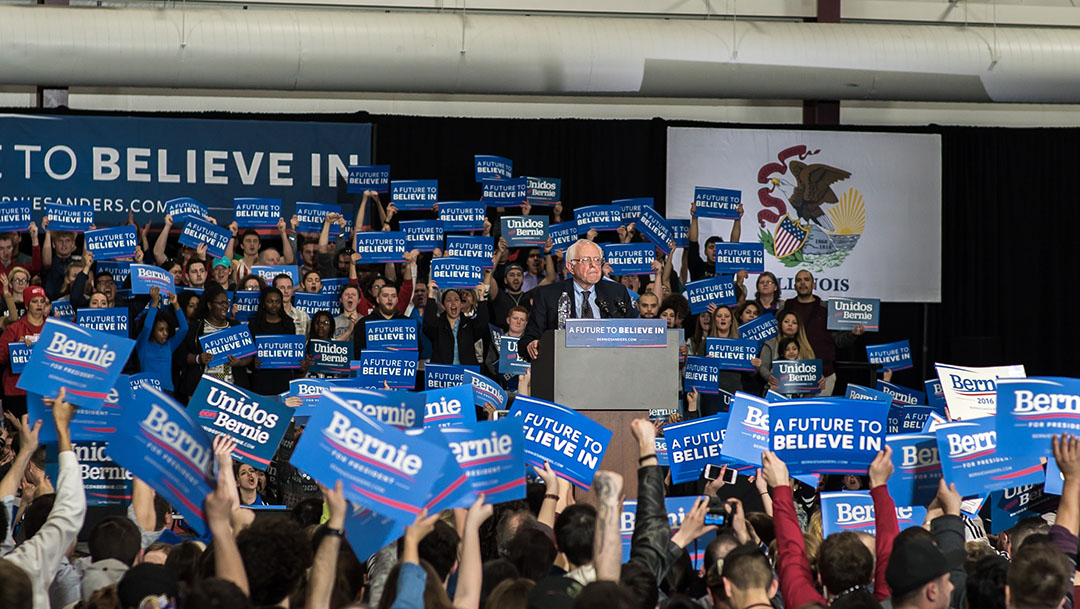 US Government
Democrats Should Embrace Economics Over Identity Politics