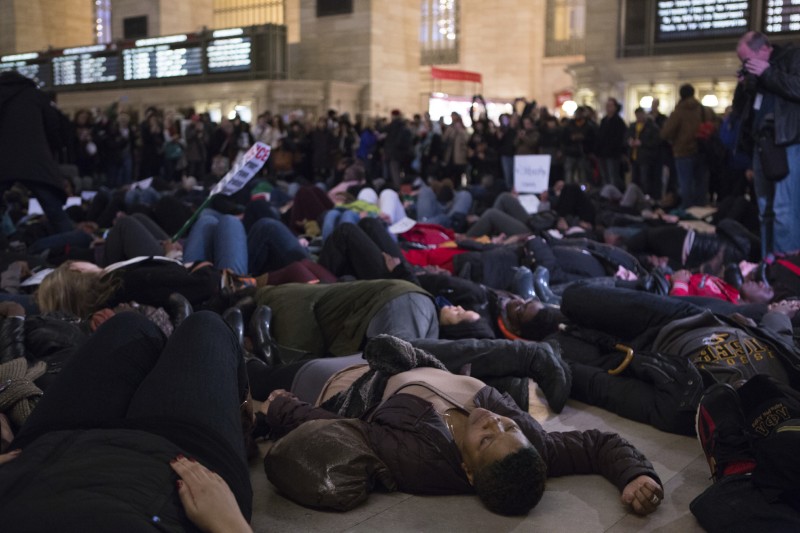 In light of last year’s racially-charged events in Ferguson and Staten Island and the protests surrounding them, Aspen Institute Roundtable on Community Change Director Gretchen Susi explains what’s needed to live in a truly post-racial society.

The aftershocks of Eric Garner and Michael Brown’s deaths this past summer are being felt all too painfully into the New Year. Officer Rafael Ramos’s funeral was held in New York on the last weekend of 2014, and Officer Wenjian Liu’s took place on 2015’s first. The assassinations of the officers, a mentally ill man’s act of revenge for the killings of Garner and Brown, were a universal punch to the gut.

The progression of events has been swift and painful, feeling like an all too potent work of fiction rather than reality: two non-indictments in the killing of two unarmed black men within two weeks, destructive outrage, and widespread peaceful protest all horribly punctured by bullets shot at close range into officers who were excellent men by all accounts. These four deaths have provided a devastating response to the recurring question of whether the United States has become a post-racial society.

To those who have long had a sensitive eye on the numbers and dynamics in communities of color, the pace of recent events is shocking, but the killings of Eric Garner, Michael Brown, Trayvon Martin, and others came as no surprise. They fit into long-running patterns of failing, largely segregated education and employment systems that result in poverty, violence, fear, over-policing, mass incarceration, and deep mistrust of law enforcement.

Beyond the bullets of the madman who killed the two police officers in New York, the surprising element was the widespread response. The video footage of Garner’s death, combined with growing awareness of the sheer number of people of color incarcerated in the US galvanized people of all backgrounds, colors, and ages into an authentic social movement. If real change is to occur, we most likely need the mainstream of this movement and the awareness and energy it raises. The movement’s immediate future, though, is wrought with peril. It must overcome not just the usual hurdles of making the quest for increased fairness practical and real, but after Liu’s and Ramos’s murders, avoid being cast in the same light as their assassin. 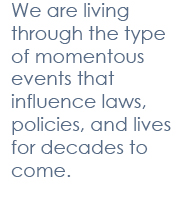 These racially-laden crises shed light on our collective misunderstanding of how we arrived at this disconcerting point. They make clear that despite real progress in certain arenas, in too many others conditions have been worsening. The justice system, assigned with policing racialized communities, has become the most visible emblem.

That there is such dissonance and conflict is not surprising either since, depending on race and class, we rarely operate from the same set of experiences or facts. We do not have a common frame or language for thinking, talking, and problem solving, and there are too few venues for mutual support in creating a better, more unified way forward.

If we truly believe that all lives matter, each of us must work to exert our influence — whatever that may be — to improve the environments in which young people develop, families dwell, and police officers work. The wellbeing of all of our communities, whether directly or indirectly, hangs in the balance. We are living through the type of momentous events that influence laws, policies, and lives for decades to come.

While we might wish that building understanding and respect for others were a simple task, we know that it is not. The locus of control is diffuse. Race “happens” simultaneously at multiple levels — from the individual to the regional to the global. There is often not someone or something on which to squarely place blame. There is a time and space warp that collapses present into the distant past so that as reporters covered the events of December 2014, we were not watching just that month or year, but a December 2014 laden with the invisible layers of centuries. We want to take things at face value, but when it comes to race, it is the ability to read between the lines and to look beyond the seemingly obvious that yields advances.

The stunning events of 2014 must motivate a new point of convergence in 2015. Whether appealing to self-interest, patriotism, humanism, or grace, there is a role for each person in moving our society toward fairness and unity. Through forums, seminars and working groups, the Roundtable on Community Change has worked with hundreds of leaders from across the country who tirelessly focus on improving conditions in communities of color. They have frequently expressed anxiety that it would take very little to set off the type of conflict, violence, and unrest that we have witnessed recently. We risk needless anguish and loss in not directly and sincerely addressing the causes of their disquiet.

Gretchen Susi is the director of the Roundtable on Community Change at the Aspen Institute.