Disclaimer: names and some identifying details have been changed to protect the privacy of individuals.

“I think a lot of us do become ashamed,” said Rhonda, a middle-aged Baltimore native who works the night shift at a local eatery. “We don’t even have enough to make our ends meet. Being in debt is not living life.” While disheartening, Rhonda’s words reflect the experience of living with unmanageable debt. Aspen EPIC recently held focus groups in the Washington-Baltimore metro area to better understand the systems that create debt and the consequences of living with such debt. Like Rhonda, many of those interviewed owe more in debt payments than they make each month (also known as debt-to-income ratios) that often harm their well-being. The interviews revealed common circumstances that impede the livelihood of everyday people. These are their stories.

A few months ago, Rhonda was involved in a minor car accident. “[The police officer] was about to let me go,” she said. But instead, the officer informed Rhonda that her license had been suspended and she needed to turn herself into court due to an outstanding debt. In the State of Maryland, a creditor can use a body attachment, or a warrant for civil arrest, to force someone who owes them money to come to court. If the debtor fails to appear to court after two requests, the creditor can ask the court to have that person arrested. The debt that was responsible for Rhonda’s suspended license and civil arrest warrant? A yoga class.

“I tried to cancel,” Rhonda noted about her four-year-old debt, but the fitness center refused. Cancellations had to be in-person and accounts had to be current prior to cancellation. “Screw it,” she said. “My car’s broke down. You guys are all the way in another county. This is just not convenient.” Four years later, Rhonda has been to court twice for her overdue yoga debt. With interest and late fees, the balance was now over $1,000. “It’s a debt that has touched so many other parts of my life. It’s just crazy.’”

“For me, my debt started a couple years ago when I was laid off from my full-time job,” said Lisa, a 30-year-old mother of two. “I was making about $75,000 when I got laid off. I lived off my savings. Then I used my credit cards.” With her savings account drained, Lisa quickly began to default on her credit cards, which tend to be the first debt that people stop paying after losing a job, rather than home or car loans. While delinquency rates in the US are below their historic average, defaulting is an increasingly serious problem. In 2017, credit card default rates hit a 6-year high. “It’s been rough. After my unemployment ran out, I decided to go back to school,” she said. Today, Lisa works part-time while attending graduate school. She is still paying off her credit card debt.

“I’ve had trouble with medical bills that I couldn’t pay,” said Cameron, a recent college graduate and one of the youngest participants in the Aspen EPIC focus groups. Cameron owed over $1,000 in medical debt from a hospitalization. As a college student with little income or outside support, Cameron took out a private student loan to pay down the medical bills. “I was robbing Peter to pay Paul,” they said. This occurrence is more common than one may expect. In the past year alone, approximately 30 percent of Americans took out personal loans, which are often used to pay off other loans, debts, and bills. These unsecured, often high-interest funds are made readily available to subprime borrowers, typically in desperate situations.

“The reason why I went to the hospital was because I was suicidal. It’s like I’m being punished for helping myself,” Cameron said. Out-of-pocket medical costs are often a source of financial insecurity, even for consumers with healthy credit histories. In 2015, about 20 percent of households reported having medical debt. Americans currently pay a total of $3.4 trillion dollars in out-of-pocket medical care, with the average household expected to pay $15,000 annually in 2023, a 50 percent increase from 2015. “The next time I feel [suicidal] or the next time I get sick, I’m not going to want to go to the hospital,” Cameron said. “That’s another way that it adds to death.”

Robert, a local construction worker, was confused when his fiancée hesitated to marry him. She eventually revealed her dilemma— over $60,000 in student loan debt. “I was like, ‘Whoa, I don’t have that money,’” Robert said. Today, the proportion of students taking out educational loans exceeds 50 percent, double the rate in the 1980s. Although the median student loan balance is roughly $17,000, the delinquency rate has steadily risen from 8.7 percent in 2013 to 11.2 percent in 2017. As the cost of higher education continues to rise, households are finding it increasingly difficult to manage the accompanying loan burden. For Robert, this did not deter him from marrying his fiancée, now wife.

“With strategies that I could only identify as aggressive and/or delusional, we’ve paid off about 32 grand in two years,” stated Robert. “I sold my own car and then we sold her car. We just take the bus and subway everywhere. We live in a one‑bedroom apartment. We don’t go out to eat. We haven’t been on vacation in three years. It’s extreme in some ways. Sometimes I think there’s no sense of balance.” With two children and a third on the way, Robert and his wife plan to budget every dollar until the student loans are paid off.

Sources and consequences of unmanageable debt

Of 117 survey respondents, Aspen EPIC selected 27 individuals to participate in the consumer debt focus groups. Approximately one in four participants had a total non-mortgage debt that exceeded their annual income. Of those selected, 48 percent of participants reported owing $35,000 or more in total debt. Moreover, 48 percent of participants reported having an annual household income of less than $25,000, signaling an overall high debt-to-income ratio. When asked about the personal impact of debt, over half of participants said that their experiences with debt have been mostly negative (Figure 1). The most common debt-related problems included debt caused by insufficient income, overdue bills, and unmanageable student loan payments (Figure 2). Participants also reported that their debt-related problems often resulted in negative side-effects, such as depression, anxiety, and stress, as well as harm to job performance and personal relationships (Figure 3). “Snowballing” Debt Participants noted that debts quickly pile up, sometimes from a single missed payment, resulting in a snowball effect that can impede their ability to make a living. According to participants, debt often caused additional financial burdens and social isolation, further harming mental health.

Desire for Affordability and Flexibility in Loan Terms Participants voiced a strong desire for flexibility in repayment, partial or full debt forgiveness, and fairer interest rates and loan terms for those with a history of bad credit. Many would like lenders to be more lenient and allow for second chances after a mistake or missed payment instead of penalization, which often pushed many further into debt.

Shame, Guilt, and Embarrassment Participants tended to blame themselves for their debt and expressed common sentiments of shame, guilt, and embarrassment. They cited many reasons for high debt balances, including reliance on loans (student, auto, payday), too many credit cards, and irresponsible spending. Additionally, many participants felt they lacked financial literacy and had not been taught good borrowing and debt management practices prior to having gained access to credit and taking on debt.

For the past ten months, Aspen EPIC has been committed to exploring solutions that ease the burden of unmanageable consumer debt. In these focus groups, participants overwhelmingly agreed that both the public and private sector can help improve unmanageable debt. Popular solutions included fairer payment plans and grace periods, capped interest rates, increased income smoothing programs, and more willingness to work with consumer timelines and incomes. The Aspen EPIC process includes interviewing over 400 experts on what they see as the main problems and solutions around consumer debt. By including the voices of everyday people, Aspen EPIC is able to gain invaluable insights and put a human face to the data and stories we hear from the experts.

A special thanks to the CASH Campaign of Maryland for their help in coordinating the Baltimore focus groups. 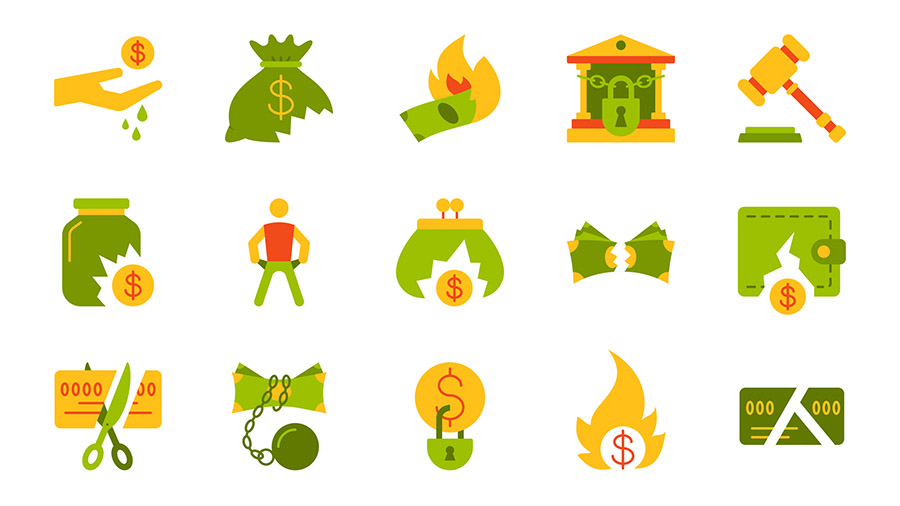