Andrew J. Hoffman‘s course “Sustainable Business in Iceland” is a winner in this year’s Ideas Worth Teaching Awards. Hoffman is the Holcim (US) Professor of Sustainable Enterprise at the University of Michigan; a position that holds appointments at the Stephen M. Ross School of Business and the School of Environment and Sustainability.

The market has become the most powerful institution on earth, and business has become the most powerful entity within it. And yet, we presently have a disconnect between the power that the leaders of those businesses wield and the responsibility and accountability to which they are held.  Nowhere is that disconnect more acute than in our nation’s business schools. How might we assure that future business leaders protect the public interest and not just their own pursuit of profit?  The answer is not another course on ethics or corporate law.

What we need to do is update the MBA curriculum to teach students that they will possess awesome power as business leaders, and with that power comes great responsibility and an obligation to create benefit for society. We expect strong values from doctors and lawyers and both can be held accountable for malpractice. We should expect the same from business managers. This means amending the MBA’s attention to the basics of business management with an expanded focus on management as a calling or vocation, one that moves away from the simple pursuit of a career for private personal gain and towards a call to service to society.  Quite frankly, if we do not do this, then we are doomed; we will have more Bernie Ebbers, Bernie Madoffs, and Jeffrey Skillings.

To begin, we need to teach more critical thinking when it comes to capitalism.  While most business education takes the form and function of capitalism as a given, capitalism is actually quite dynamic and ever-changing to suit the evolving needs of society.  Through the 19th and 20th centuries, rules have been established to block monopoly power, collusion, and price-fixing and in the future it will be adjusted to address our 21st century challenges. This may take the form of one of the many variants of capitalism that exist (Japanese, American, Scandinavian, or some other) on issues such as the role of government, collaboration or the responsibilities of companies. Future business leaders must be taught about the history of capitalism(s), the underlying models on which they are based, and the ways in which they both serve and harm society if they are to assume any kind of role in shaping necessary improvements.

We also need to teach more critical thinking on the purpose of the corporation in society.  Most MBA students will parrot that it is simply to “make money for its shareholders.” This notion emerged only in the 1970s with the Chicago School of economics and can lead to market problems such as excessively short time horizons for investment planning and measures of success, and a focus on only one type of shareholder who is “shortsighted, opportunistic, willing to impose external costs, and indifferent to ethics and others’ welfare.”  Even historic acolytes of shareholder value like Jack Welch are turning against it. Peter Drucker offered a competing notion that “the purpose of a company is to create a customer.” Profits are one metric of how well the company performs this purpose but ultimately, “The business enterprise…exists for the sake of the contribution which it makes to the welfare of society as a whole.” Such a notion leads to a completely different approach to the role of the corporate leader and to the education of that leader.

And courses are beginning to appear that reflect that shifting approach.  Called out by the Aspen Institute as Ideas Worth Teaching , they include: “Reimagining Capitalism” at the Harvard Business School, “Economic Inequality” at Virginia’s Darden School of Business, “Alternative Economic Models” at the Audencia Business School, and “The End of Globalization” at Yale’s School of Management.

These courses are finding receptive audiences among MBA students and reflect shifts in the corporate sector.  In 2018, the CEO of BlackRock, the world’s largest asset manager, sent a letter to CEOs of public companies in 2018 telling them that they have a responsibility not only to deliver profits, but also to make “a positive contribution to society.” Now it is time for management education to lead this shift and serve today’s MBA students who are hungry for this training. 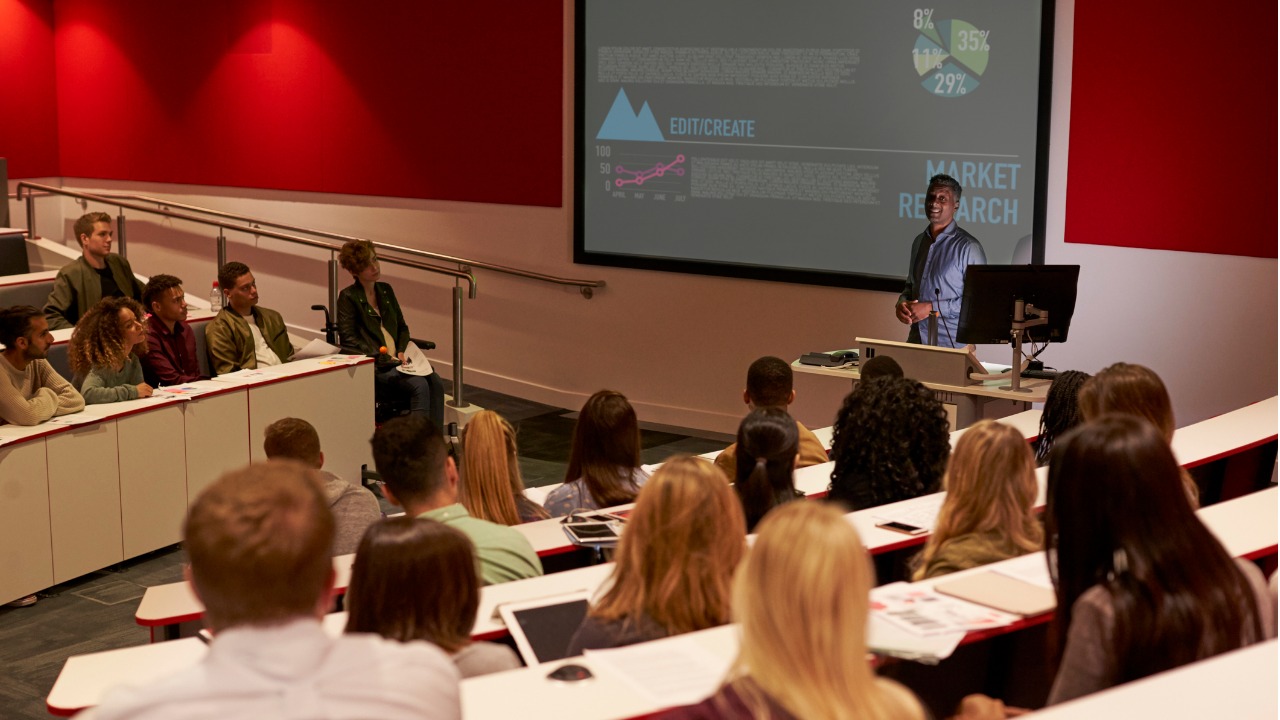 Business School
These Business Professors Have Ideas Worth Teaching