ROME – The world has a nutrition problem. Though great strides have been made toward the Millennium Development Goal of halving the proportion of undernourished people in developing countries, the problem remains persistent, pervasive, and complex. After all, the issue goes beyond merely providing more food; effective efforts to reduce undernourishment must ensure that people have access to enough of the right types of food – those that give them the nutrients they need to live healthy, productive lives. 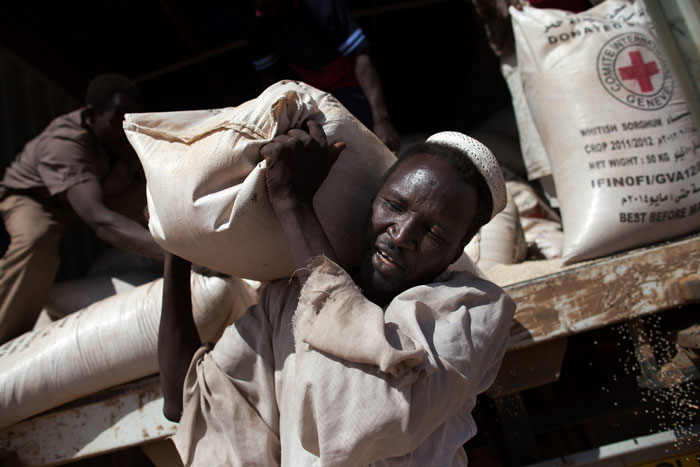 Since 1945, food production has tripled, and food availability has risen by 40%, on average, per person. Over the last decade alone, vegetable production in the Asia-Pacific region, where more than three-quarters of the world’s vegetables are grown, increased by one-quarter.

But, despite these gains in expanding the food supply, at least 805 million people still go hungry every day, of whom some 791 million live in developing countries. Many more go hungry seasonally or intermittently. And more than two billion people suffer from “hidden hunger” – one or more micronutrient deficiencies.

Hunger and undernourishment damage the health and productivity of adults, undermining their ability to learn and work. Moreover, they impede children’s physical and cognitive development, and leave them more susceptible to illness and premature death. Stunted growth due to malnutrition affects one in four children under the age of five.

Adequate nutrition is most vital during the first 1,000 days of life (from conception to a child’s second birthday). But, even after that, hunger and undernourishment continue to diminish children’s chances of surviving to adulthood, much less reaching their full potential.

Ironically, in many parts of the world, pervasive hunger coexists with rising levels of obesity. More than 1.5 billion people are overweight, with one-third of them considered obese. These people are particularly vulnerable to non-communicable diseases like heart disease, stroke, and diabetes.

Contrary to popular belief, obesity is often related less to an overabundance of food than to inadequate access to affordable, diverse, and balanced diets. The challenge facing the international community is thus to ensure adequate consumption of the right kinds of food.

This means developing food systems that are more responsive to people’s needs, particularly those of the socially excluded and economically marginalized. Mothers, young children, the elderly, and the disabled are among the most vulnerable to the pitfalls of undernourishment, and should be given special attention in efforts to end food insecurity and undernourishment.

Of course, it is essential to strike the right balance between producing enough nutrient-dense food and preserving the environment. Consider livestock production, which accounts for many foods – including milk, eggs, and meat – that have enriched diets in developing countries and provide livelihoods for millions. Unsustainable production systems, combined with wasteful and excessive consumption in some regions of the world, have had serious consequences in terms of climate change, disease transmission, and nutritional balance.

But, with a strong political commitment, global food-production systems can be transformed. An obvious step would be to ensure that all food-related programs, policies, and interventions account for nutrition and sustainability. Likewise, food-related research and development should focus on facilitating the production of nutrient-rich foods and the diversification of farming systems. Finding ways to use water, land, fertilizer, and labor more efficiently, and with minimal adverse impact, is essential to ecological sustainability.

Equally important will be interventions that empower local communities to improve their diets. This requires comprehensive public-health and education campaigns, social protection to enhance resilience, and initiatives to boost employment and income generation.

Finally, producers and distributors need support and encouragement to transform their existing systems. After all, a shift toward sustainability cannot come at the expense of farmers’ livelihoods.

Better nutrition makes economic sense. Malnutrition in all of its forms reduces global economic welfare by about 5% annually, through foregone output and additional costs incurred. The economic gains of reducing micronutrient deficiencies are estimated to have a cost/benefit ratio of almost 1:13.

The upcoming Second International Conference on Nutrition in Rome will provide a historic opportunity to galvanize political commitment to enhance nutrition for all through better policies and international solidarity. Failure to make the needed investments in food access, nutrition, and sustainability is morally – and economically – unjustifiable.