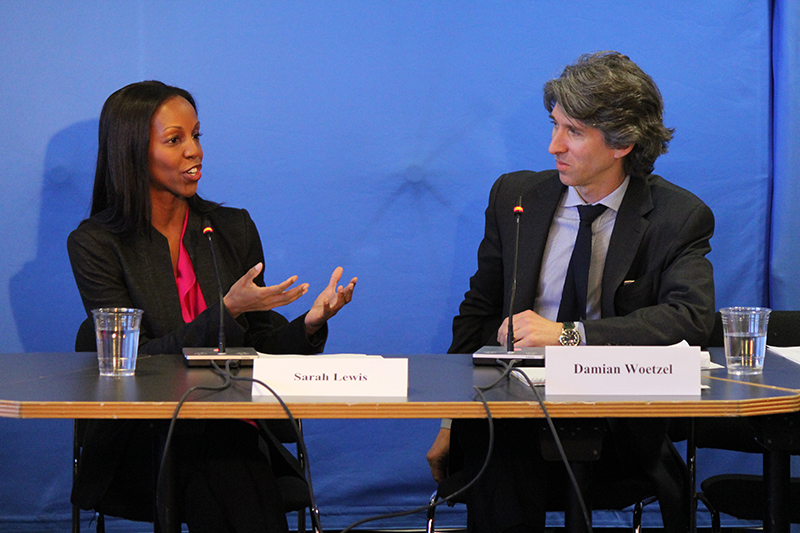 Author Sarah Lewis recently spoke at the Aspen Institute to discuss her debut book, “The Rise: Creativity, The Gift of Failure, and the Search for Mastery,” with Aspen Institute Arts Program Director Damian Woetzel. Released in March 2014, “The Rise” is a layered, story-driven investigation of how innovation, discovery, sand the creative process are all spurred on by advantages gleaned from the improbable, the unlikely, and failure.

As a faculty member at Yale University School of Art, Lewis is well-versed in culture and the arts. She served on President Barack Obama’s Arts Policy Committee during the 2008 and 2012 presidential campaigns, and was selected for Oprah’s “Power List.”

Read below for highlights from Lewis’ conversation.

There’s so many things that can be found, though, when you let yourself accept it for what it is, take the poison out of whatever’s going on, and get the feedback, and use that to actually improve.”

“I’m not recommending it, but I will say that I’m an advocate of what can come from it. I think there are ways to find safe havens, to have modes of experimentation that will allow for failure to get to that breakthrough that you need…”

Watch the full session, below.